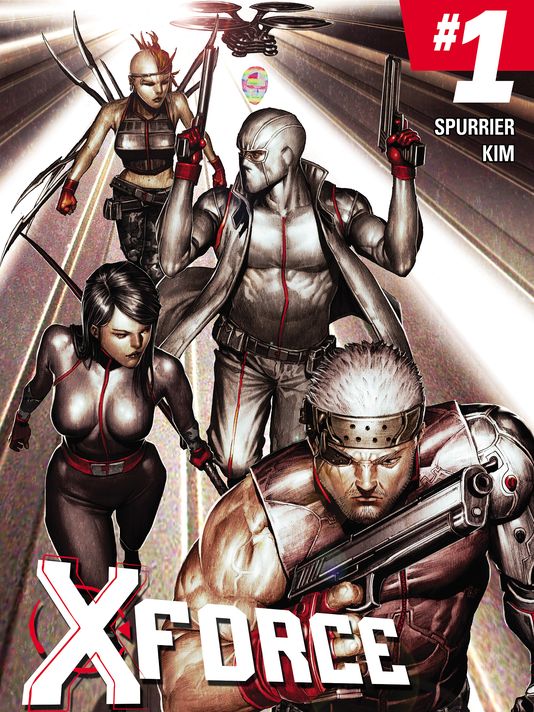 What has got to be Marvel’s eighth X-Force team in four years marks its debut in “X-Force” #1! Will they be able to stand out a monist the crowd of renegade mutants? Read on to find out! 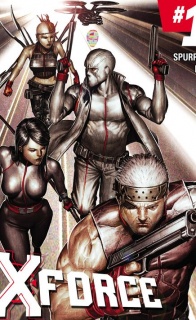 Almost every sovereign state in the Marvel Universe makes use of sanctioned superhumans to protect national interests and pursue a covert agenda. The United States has the Secret Avengers. The United Kingdom has MI13. And mutantkind has X-FORCE. In this dirty, secret, no-holds-barred, deadly game of superhuman black ops, veteran X-Man Cable and his team will spy, torture, and kill to ensure that the mutant race not only has a place in the world…but also a stake in it.

As I mentioned in that little intro blurb at the top of the review, there have been a TON of X-Forces to the point that a lot of them seem to just blend together. Hell, it was only a few weeks ago that there were two separate X-Force titles running simultaneously before concluding with a crossover. If you were terrible, you could even say all these titles are being… X-Forced down our throat.

But really, with all the reboots this/these team(s) have had there seems to be an expectation for any new X-Force to stand out, no? Well Si Spurrier and Rock-He Kim have teamed up what could very well be the definitive X-Force team. Like actually definitive. This team has elements of every single X-Force thrown in. The black-ops team from recent years? Check. Cable’s renegade group of soldiers? Cash. The crazed pop culture-obsessed maniacs from the X-Statix years? Credit. They’re all fused together to create a team that… well it ends up being just a little bland. I appreciate what Spurrier and Kim are doing but when you mix root beer, Mr. Pib, and Cherry Coke together it’s just a sugary concoction with no distinctive taste. In that vein, the new “X-Force” title feels listless, like a retread of old ground.

That’s not to say it’s completely at fault, Rock-He Kim’s art is perfect for the “Expendables” tone of the book as seen in the action scenes which, in a word, are cray. Kim’s art has realistic, almost glossy, style reminiscent of Alex Ross if he was straddling the line between Escape From New York and Zero Dark Thrity. While I’m willing to give him all the praise for the action scenes (which include an incredibly monstrous super-soldier with a killer design and a headshot that’s quite… striking…) I’m more willing to give him praise for some of the quieter moments, like the moments where Marrow’s setting up her shots. Namely, I had no clue that my favorite X-Men character was this team’s support and, I’ll give Kim a thousand hogs in person for returning Doctor Nemesis’s proper costume. Even though it’s only one panel, this scene with Nemesis is probably the comedic highlight in a book that seems to really want to be funny, but is brought down by its almost entirely grey Gears of War style color palette.

And that’s a shame because this team actually seems like it wants to have a lot more fun that it currently is. Remember how I mentioned Marrow’s on this team? Yeah, that one! She’s great. Spurrier has a ton of fun with her as the crazed maniac of the team (which is odd considering the other members are Cable, Fantomex, and Psylocke.) Even though the plot has some interesting ideas (concerning a mutant being framed for an international disaster) it doesn’t get much leverage as a majority of this issue focuses on Marrow who’s next in line for the Si Spurrier 90’s Revitalization alongside Legion. Other characters don’t really get that much focus either, as Cable becomes Angry Soldier Dad, Psylocke’s The One Competent Person and Gambit goes from one of the most nuanced characters from Marvel into Gambit with a Mask.” Seriously, his French accents reaches Pierre Escargot levels.

And honestly? I don’t think I have that many troubles with Pepe Le Pew Fantomex, or any of the characters really. Hell I’d love to see more of Marrow. But all of these fun characters and moments are buried under a plot that’s trying too hard to fit in with the idea of how X-Force has been for the last few years. Instead of being yet another bland psuedo-military outfit that’s been plaguing comics in general for the last few years, this volume of “X-Force” has the potential to be a lot more than that. “X-Force” under Spurrier and Kim has a lot of potential, but it’ll take a lot of breakaway from its mission statement to get there.