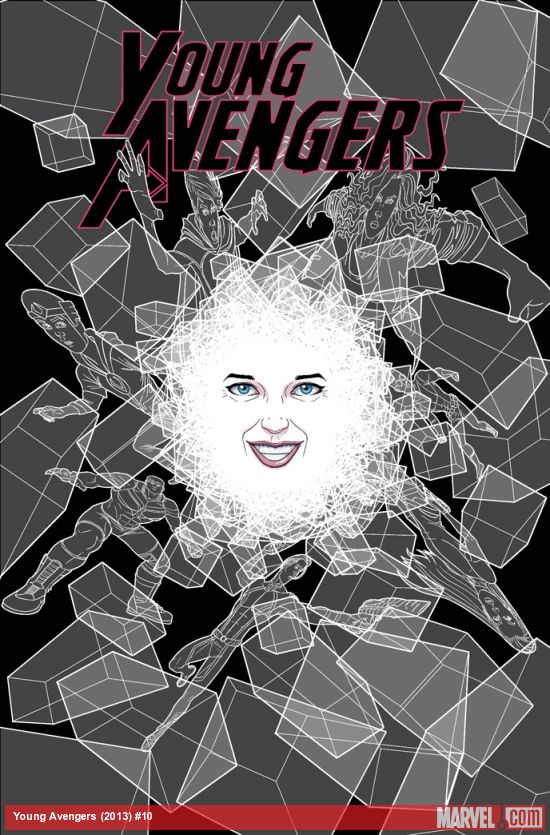 The Young Avengers take a backseat this month as Gillen and McKelvie pulls back the curtain on what’s truly going on around these parts. And the parts they expose ain’t pretty by a long shot. Read more for our full review! Minor spoilers ahead! 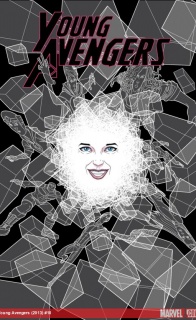 There’s this little show on TV called Breaking Bad. You may have heard of it. Fans nowadays joke about just how dark the show becomes over the course of its run. While there was angst and drama throughout, you still enjoyed the characters enough to laugh, smile, and just enjoy the show!

Then the main protagonist messed everything up with a scenario involving a cute sleeping brunette and general greed followed by despair, heartache, and a group of monsters who he initially believed to be in his control.

Shifting the focus away from our usual underage drinkers/heroes, “Young Avengers” #10 goes into some detail about the horrid adults working backstage to kill everyone’s buzz. The energy here is definitely different compared to past issues’ high-energy partypartyparty; not slower but more foreboding and formal, sort of like an issue of Kid Loki’s Journey into Mystery (this is far from coincidence.) While Loki is still definitely the star of this issue, and arguably run, Mother, PatriNOT, and [CHARACTER WHOSE EXISTENCE WE ARE NOT SURE  COUNTS AS A SPOILER] get some spotlight too that… doesn’t really answer many questions we had about them. That doesn’t take away anything from them, far from it. If anything, they serve as the forces who will definitely bring about the downfall of HeisenLoki. This issue also features the intro of yet ANOTHER group of villains, a League of Evil Exes if you will, to contrast with the series’s adult villains. They consist of a bunch of continuity gems (If you’re the one person who has intensely followed Noh-Varr throughout his history, you’ll be thrilled. And since I am that one person, I was.)

While all the characters are as pretty as you would normally expect from a Jamie McKelvie gig, and the usual pretty colors and effects are still present, this issue, more than any other in the series thus far, demonstrates why McKelvie is one of the best in the business. There is only one page of action in this issue and I did not notice until my second read-through. Even though we reach Journey into Mystery levels of characters standing around, making deals, and slowly revealing plans, the pace never really slows down too noticeably. Sure, it’s not as flashy as Noh-Varr flying butt first through a nightclub of inter-dimensional monsters, but McKelvie manages to do so much with character moments that it’s astounding. Roughly the first half of the issue takes place in a completely white space, leaving just the characters at play. Even then, the scene doesn’t feel blank, McKelvie’s characters are so alive that, even with no set or real lighting effects, they still ooze regret, maliciousness, and the most bastardly smiles of all.

And oh are McKelvie’s bastard smiles a huge part of this book. An early scene functions as a direct homage to a moment from Siege: Loki that started the roller-coaster of angst and trickery that Gillen’s been leading Loki through for the past few years. This isn’t the only callback here, as the fantastic opening sequence plays with caption boxes in a similar way JiM always did. Well, it wasn’t nearly as violently or pleasantly disturbing over in JiM, but we digress. All these callbacks to earlier days of Gillen Loki, as well as Loki’s actions in the actual issue, definitely signify a huge change coming into Young Avengers soon. Even though there’s still a lot to explain, mostly Patrinot, it seems like Young Avengers may come to a close sometime soon, or at least Loki’s story might. Funnily enough, Gillen mentions in the letters column that  Immaterial Girl is coming out sometime next summer and that the scripts are all finished. If Gillen and McKelvie are leaving behind Young Avengers, even if only temporarily, it would be a complete shame as it’s still one of the best books to come out of Marvel Now!

That said, this issue doesn’t keep up the neck-break speed of past issues and feels a little less like Young Avengers and more like McKelvie did a guest spot on the old Journey Into Mystery. That’s not really a detraction, that’s amazing! But while it’s still well-written and beautifully drawn, “Young Avengers” #10 doesn’t have as much of the same youthful energy that’s been dripping from the rest of the series. Again, the shift in pace is seemingly on purpose, and the script and art are fantastic, but this isn’t the energizing thrill ride the rest of the series has been.

Also: the possibility of this run of Young Avengers  ending anytime soon gives me a whole bunch of anxiety that I may not be fit to deal with. So thanks for that, Gillen/McKelvie!