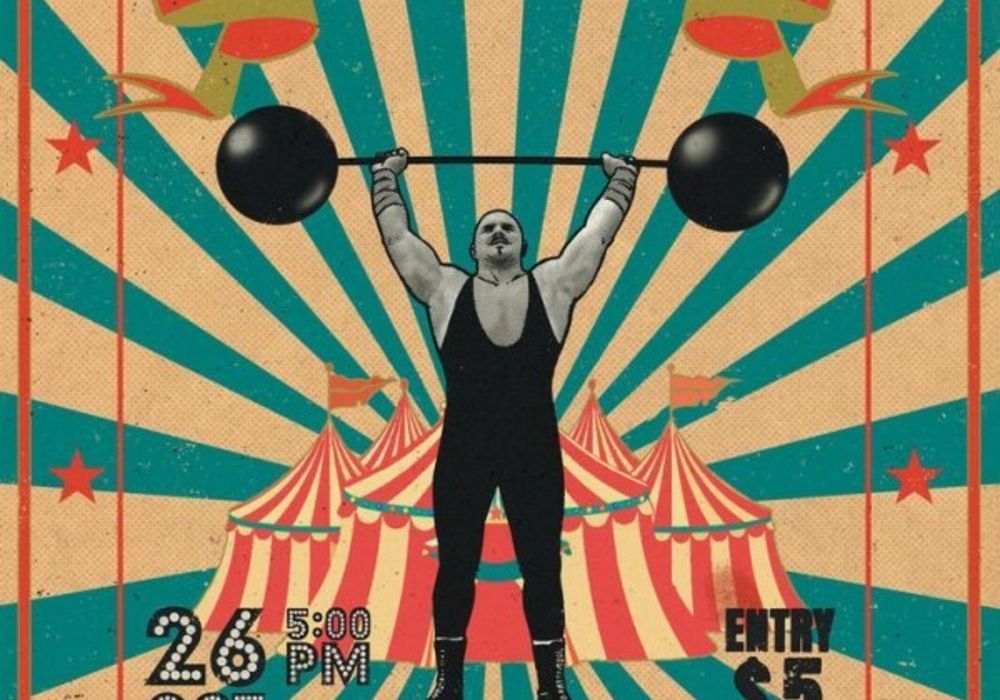 An alternate history of Rorschach’s post-“Watchmen” fate is laid before us, making readers wonder what exactly could be true. Some Spoilers Ahead! 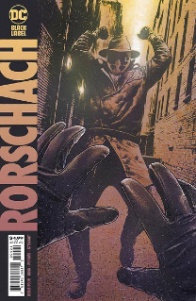 This is a new and interesting turn for Tom King’s “Rorschach.” As the effects caused by The Kid’s death sends ripples out into the world. The police begin to question a former circus strong man, who knew The Kid in a former life, and claims that he is Rorschach. As the interrogating detective follows this man down a memory rabbit hole, the story gets further away from emotional melancholy and into a darker madness.

The strong man begins his story by explaining his background at the circus, the various acts that performed there, and how he came to know Laura “The Kid” Cummings. Whose real name he never knew, in all the time he got to know and become close friends with her. Seeing the evolution of this friendship through the panel storytelling, and with the strong man’s narration gives us all the emotional weight and clarity we need. It’s a story we have seen a million times over, but this one ends with simply a friendship. The strong man ends up falling in love with The Kid, but the feeling is never returned, and he never expects it to be. It is all a bit heartbreaking, but as his story progresses it starts to become clear that while he never tried to move their relationship towards a romantic one, and never manipulated her in any way. This was always going to lead to a doomed friendship that would only bring pain.

Seeing this friendship span years only to end so abruptly is one of the best and gut-wrenching moments of this issue. Even though we learned about The Kid’s past in issue 3, all of its dark and unsettling secrets laid bare, it still feels right that she would break off this friendship when the strong man does something terrible. Although this terrible deed was to save The Kid from doing it herself. Seeing the pain come over her feels honest and earned. It quickly becomes clear that while she holds darkness within her, she saw the strong man as one of the good things in her life. Honest, wholesome, a safe place, but with this turn of events he has become just like all the other bad elements that surround her at all times.

As the strong man’s story expands it evolves into something I never expected to see; an alternate fate for Rorschach after the events of “Watchmen.” Because we are dealing with a broken mind, the story and its logic have holes, or at least holes that don’t line up with the events as readers know them. Stories that use a character deemed crazy as the narrator typically do so to make us question if what is happening is the truth or just what the character believes to be true. It’s a trope that either works well or falls flat immediately.

The build up for this reveal takes long enough that the wait is the real payoff over the reveal itself. It’s really hard to believe that what we’re being told is the truth, but the conviction in which King gives the strong man is powerful enough it makes the story just plausible enough that you can’t help but at least think it over.

King continues to craft this multilayered story that builds upon the Watchmen and Rorschach canon without stepping on the toes of what Alan Moore created. Focusing on this more as a mystery and crime thriller over a dark superhero drama is the first thing that really sets it apart, even though the murder mystery element is strong in “Watchmen.” A major strength of this issue and the series thus far is being bold enough to ask who this new Rorschach is. Is it simply someone new taking on the mask as we saw in “Doomsday Clock” or has Walter Kovacs been resurrected somehow; his soul or mind getting placed into another body? Either is a compelling plot. One blending the wall between science and mysticism and one asking the question – who would want to pick up the mantle of Rorschach. Like the previous three issues, we get new characters coming in and out of the fold, all intrinsically tied to the core mystery. With each chapter the story only becomes more intriguing. In true Tom King fashion, the questions are usually bigger than the answer, and its execution is done with near perfection.

Jorge Fornes’s work is an absolute delight from start to finish. Mirroring King’s crime thriller script, the work brings out the pulp tone needed for this series. And because the story moves through so many time periods, we get a good idea of when each era is set just based on the art, if the story doesn’t explicitly state it. It keeps in line with Dave Gibbons’s ability to show this as a realistic Earth, only slightly different than our own, that just happens to be inhabited with vigilantes and superheroes. That sense of realism that was so unlike any other superhero comic of its time is still present here, and still feels fresh. His work on “Rorschach” feels like Brubaker and Phillips’s “Criminal” with masked heroes and villains running around. It is the perfect style for this sequel series. It stands on its own while using its influences to inform us and create this new take on this world.

Dave Stewart’s colors are, as always, the perfect finishing touch on this book. His magic touch brings the muted colors of “Watchmen” merged with his dynamic style and depth. It allows for the the work to live comfortably in the modern comics age while keeping one foot in the 80s. There’s a reason why Stewart is one of the best colorists to ever live. He just seems to know exactly how every comic he touches should look and any other choice would have been the wrong one.

“Rorschach” continues to grow and become more interesting with every passing issue. For many years expanding on the world of “Watchmen” seemed like blasphemy, and in some cases it didn’t work, but if there’s anything the last two years has shown us is that in the right hands anything is possible. “Rorschach” is proving to be one of the better spinoffs and we can only hope that it continues to get better and earn its place as an incredible piece of storytelling.

Final Verdict: 8.0, “Rorschach” #4 again proves why this series is so intriguing and emotionally gripping.