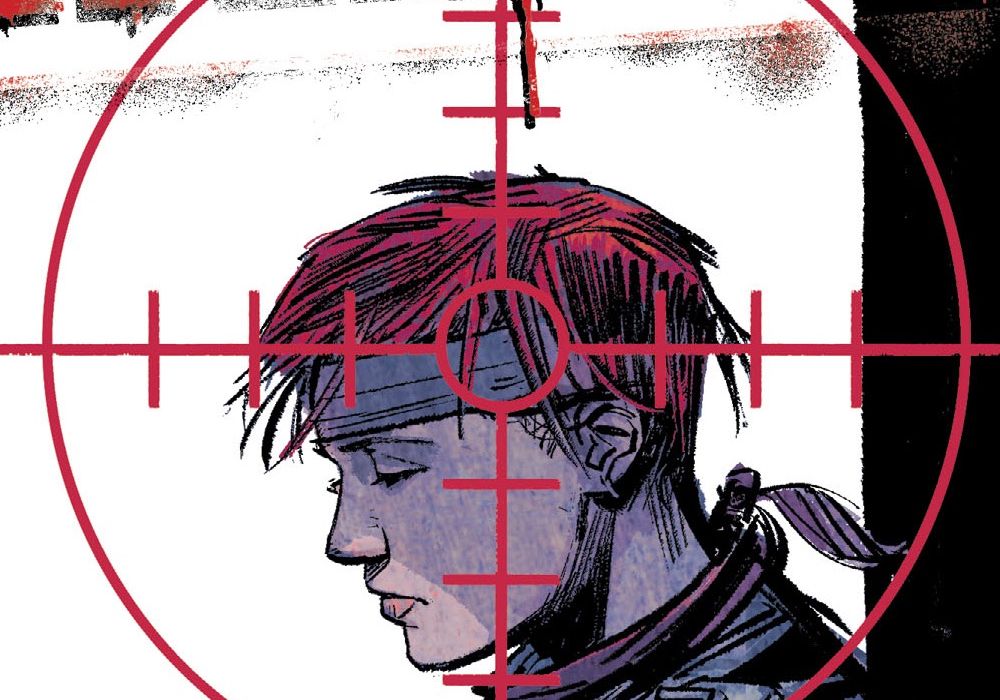 The first issue of “Scarlet” initially launched in 2010 under Marvel’s Icon imprint. The title was a creator-owned effort written by Brian Michael Bendis featuring art from Alex Maleev. The innovative premise for the title containing a woman whose life was torn apart by police brutality quickly caught the attention of fans and readers across the industry. However, the momentum for the tale began to waver when the creative team became less prolific with the schedule of the title and took on other commitments. Is “Scarlet” #1 a nostalgia act or a start of a new era for the series? 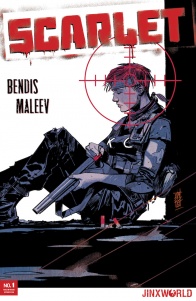 From the creative team that brought you Daredevil and Infamous Iron Man comes the latest explosive chapter in their creator-owned epic, which IGN called one of the best comics on the stands. SCARLET tells the story of a woman whose life has been ripped apart by police corruption. When she pushes back, she starts a chain reaction of events that will bring about the next American Revolution.

With so much time between the past and current installments having elapsed, “Scarlet” is finally back. The plot wisely thrusts the reader into the story in a much different status quo. Scarlet’s protest of Portland in the previous series caused an uproar loud enough to shut down the city. Picking the story up at a later date was an inspired choice imbuing the script with a lot more energy than it would have otherwise.

“Scarlet” has always been a political series, but Bendis finally expands on the point. Bendis makes stronger political arguments in this new issue of the series than readers have seen before. Scarlet’s complex narrative about the corruption within the founding fathers is a profound statement bearing an excellent subtext on today’s current political climate. Best of all, “Scarlet” doesn’t even need to reference the current state of our politics – – our politics serve as a subtext informing the narrative.

For the type of story Bendis is looking to tell in “Scarlet,” Maleev was always the right creator to realize it. Maleev’s noir approach to his pencils is gloomy yet beautiful while containing great facial expressions for each member of the cast. With an issue loaded with talking heads, Maleev does a great job showing the nuance of different facial expressions. Maleev’s more simplistic art and minimalist backgrounds allow for Bendis to fill in lots of the gaps surrounding the story.

There are a few moments where the detail is too minimal and a few expressions can be stilted at times. Maleev also has an interesting approach to color. Scarlet herself is noticeably more vibrant than the background players, demanding the attention of readers. The intro sequence and double-page spread teasing the direction of the book was an interesting visual choice making the issue stand-out. For a title loaded with text, Maleev’s visual direction makes the comic easy to interpret. If the page layouts within the title were more cluttered and if the panels were smaller, the overall reading experience would have suffered.

While “Scarlet” is a powerful debut issue proving how the series has matured, the title may be lacking the depth and nuance to fill an entire mini-series. The best part of the series has always been the moments where “Scarlet” breaks the fourth wall reaching out to the reader directly. This issue is full of those expansive monologues which are vastly entertaining and insightful. The ongoing problem with “Scarlet” is how the plot is structured and the series’ lack of interesting supporting players including a central antagonist. There are a few scenes where Bendis alludes to introducing someone interesting as part of Scarlet’s group but those individuals are quickly glossed over.

The saving grace of the issue which should propel readers to come back is the fascinating final page. With the scope of “Scarlet” now appearing to be more insular, there is a possibility Bendis could have a more firm handle on the plot of “Scarlet” this time around.

“Scarlet” is a very particular kind of comic book that experiments with the medium. If DC was going to resurrect Bendis’ Jinxworld imprint, the publisher should be utilizing the space to stretch the medium to the limit. The dense issue cluttered with dialogue has a strong execution thanks to the vision of Bendis and Maleev. The duo’s long partnership in comics alludes to the idea they essentially know how a comic should function to retain a certain level of quality.

While this new installment and iteration of the title leaves a fantastic first impression, I wonder if the creative team will be able to retain this level of focus in future installments. If all subsequent issues of “Scarlet” feature her breaking the fourth wall and don’t expand upon the interesting world or craft an antagonist, this may not be title fans are going to be willing to stick with in the long haul.

Final Verdict: 7.5 – “Scarlet” #1’s unconventional storytelling decisions and artwork is a great way to launch the second title of Jinxworld.