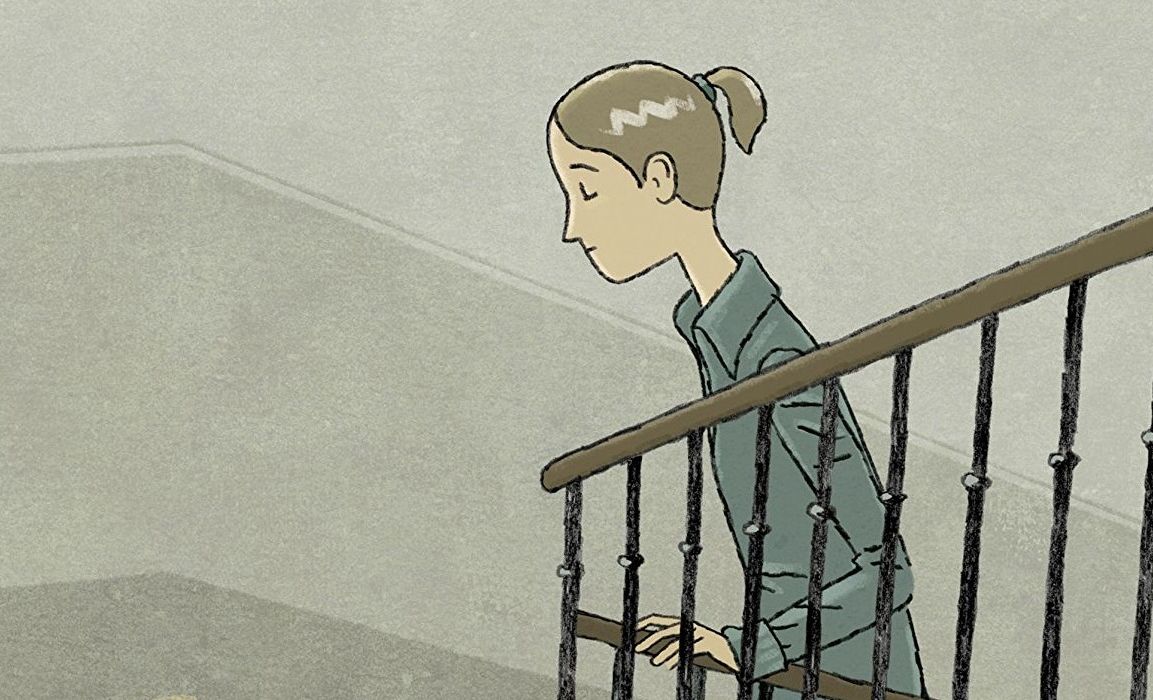 Originally published in Spanish, “Seven Places Without You” just came out in English from Europe Comics. Centring on a university student who’s grappling with loneliness, it’s an understated comic that squeezes a lot of meaning out of quiet moments. 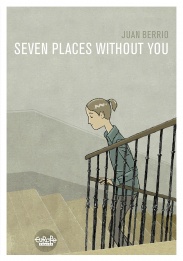 Written and illustrated by Juan Berrio

Elena is losing Jorge, and she doesn’t know why. They’ve been living together at Jorge’s parents’ house for some time now, and so far, everything between them had seemed to be going well. But recently, Jorge has been spending less and less time at home. Elena isn’t sure what to make of his absence, and one day, she decides to leave. “Seven Places Without You” is the story of a young couple’s first experience of a relationship on the rocks; a story that allows time to elapse and silences to lengthen, focusing more on how events develop than on the events themselves. It’s also the story of the spaces where these events occur: the seven places of the title, and of Jorge’s absence.

Flipping through the cardboard-toned pages of “Seven Places Without You”, you’re going to see a lot of nothing. Empty rooms, empty stairwells, empty streets, empty parks – all neat and manicured and full of little everyday details. This is the world that Elena inhabits in the absence of her boyfriend Jorge, and as she sets about finding a new apartment, it’s the breakdown of their relationship that she’s trying to parse out.

In the end, this is a comic about absence, and interestingly, a lot of the plot – such as it is – happens off-panel. What we’re left with is Elena, wandering several locations – mostly by herself – and sometimes having conversations with friends and family. Everybody’s got an opinion on the situation, and everybody wants to help in their way, but if anyone’s having a strong influence, Elena doesn’t show it. She talks about what’s on her mind, but never in depth, and it’s hard to know what her plans are.

(On that note, sometimes the dialogue doesn’t quite ring true, but it’s hard to know whether that’s a translation issue, or a matter of contrast; the conversations feel weirdly “loud” with so many quiet pages.)

For a central character, Elena is a bit of a puzzle – a slender figure observing her surroundings with a simply rendered face that doesn’t give you much. Sometimes, disconcertingly, there’s something a little smug about her. Mostly, though, she’s a blank wandering through blanks, but somewhere between the simplicity of her figure and the sparseness of her surroundings, a feeling does creep on you.

If there’s something this book does excellently, it’s exploring that particularly college-flavoured feeling of having nothing to do and no money to do it with. The activities Elena does participate in – watching movies at home, going to a house party, going to the park – are the kinds of things that you remember most fondly because of the people, and in Elena’s case, Person No. 1 is absent. What’s left it a feeling of lack of context; as though sharing a banal experience could make it less banal, could turn it into a source of meaning.

The compositions are always sneaking up on you, drawing attention to little details that somehow make everything feel emptier: some birds in a park, a houseplant in a hallway. When you first see them, the interior spaces are always crowded with scene-setting detail – neat couches, rows of books, scattered objects – but these backgrounds frequently fall away, letting the conversations play out against a blank slate.

The aerial shots that begin each chapter, rendered with a steep sense of perspective, add their own dose of loneliness; it’s an urban setting, but you don’t see a lot of people around, and the strong lines of architecture and trees take centre stage.

All the while, the limited palette keeps the mood grounded, with earthy browns, dark greens, muted blues, and big doses of beige. The overall effect is soothing, keeping the mood relaxed, but also somewhat distancing, like the story is flowing along behind tinted glass.

In what is likely the book’s most weirdly transcendental moment, Jorge finally shows up. He’s not even named; we’re just heard so much about him that it’s obvious, between the haircut and the charm. He’s optimistic, casual, and at the late moment he shows up, somehow irrelevant. Everything that’s come before has stacked up in such a way that it doesn’t matter what he says; Elena’s clearly done her thinking and moved on. The fact that all of this comes across despite zero first person narration, and not much dialogue between the two, showcases the subtlety of everything that’s come before.

All told, “Seven Places Without You” is an unique comic that sets out to evoke a feeling and does just that. It might not push any boundaries, but it finds beauty in the in-between spaces, and conjures a world that feels intimately familiar.