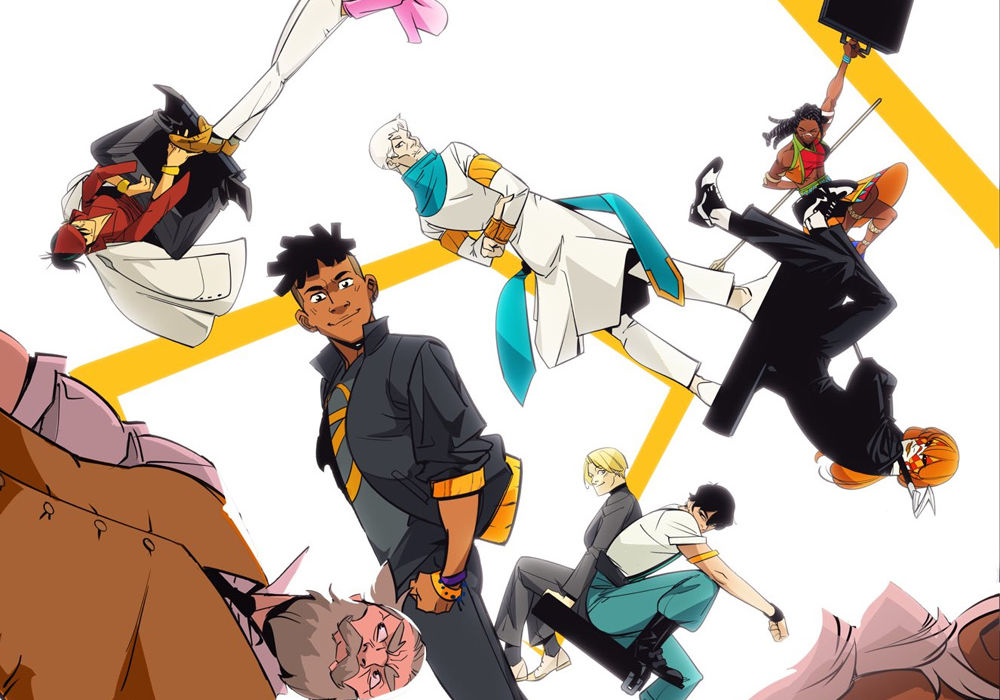 Should a story be about big ideas and large groups of people or should a story be smaller and more personal? There’s no definitive answer to that question, but it’s important for writers to figure out what they’re trying to say when creating a story.

Unfortunately, it’s also necessary to strike some sort of balance between the two in any sort of story and too much of one without paying attention to the other can ruin whatever you’re trying to do.

“Seven Secrets” #1 is an example of what happens when that balance doesn’t exist. 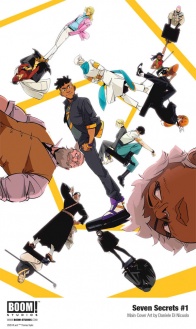 For centuries, the Order has trusted in Keepers and Holders to guard the Secrets in seven briefcases against all harm, but when their stronghold is attacked and the secrets put in peril, the entire Order must face their greatest fear-an enemy who knows too much and is willing to kill to get what he wants.

Now, the Order’s newest member, Caspar, must discover the truth of the Secrets before the enemy does, or risk losing everything.

“Seven Secrets” #1 opens “in medias res” with a massacre at a top secret organization holding some sort of world ending power that promises to ruin everything if it falls into the right hands. However, the real core of the story belongs to two characters who work for this strange and mysterious organization who have decided to briefly ignore their duty and have a child, which is forbidden. It’s duty vs. family set against the backdrop of a clandestine fight to save all of humanity from a mysterious rival evil organization with unknown motives.

If there’s one thing that writer Tom Taylor is brilliant at in “Seven Secrets” #1, it’s the emotional burden of all of the characters involved. The core theme of the story is duty vs. family and it’s handled very well. On one hand, both the parents understand that they have a duty to protect the world and that their job is more important than their individual happiness. On the other hand, it’s very clear that they love each other deeply and just because they have a job to do doesn’t mean they have to be happy with their choices. The same thing applies to the people they work for. Their bosses understand the importance of what they’re doing, but they aren’t total monsters and are willing to be lenient and help the couple through this incredibly tough time. It all comes together in a very believable way and it’s refreshing to see a hidden society organization run by people who act in a very human way.

Unfortunately, while the details and emotional core of “Seven Secrets” #1 are great, the story does fall apart when it comes to the larger picture. The idea of a secret organization protecting some sort of world ending power while being attacked by another secret organization is something that has been done to the point of boredom. On top of that the scope, scale, and purview of both the good and bad organizations is intentionally kept from the reader, which keeps the stakes of the story vague which might cause some readers to lose interest. But the worst offender comes from the narrative side, namely that the story is told from a narrator who is barely present in the first issue and Taylor choses to share his exposition through some very awkward and difficult to read captions that come off as cheap and stilted.

The artwork on “Seven Secrets” #1 is good, although it is a little difficult to make an informed decision due to the massive and very distracting watermark that Boom decided to place on every single page. Artist and co-creator Danielle di Nicuolo brings a high energy style with some very heavy anime influences. The whole book has a very thin line feel to it and it makes heavy use of action lines that give the book a sense of energy and highly dynamic movement. The characters are very expressive and you can really feel the pain, loss, determination, and sadness in their faces, which is helped with the classic anime big eyes and pointy chins. It all comes together in a book that looks like it would be more at home in a Japanese manga magazine. On top of that, the choices made for the coloring of “Seven Secrets” #1 is interesting, with colorist Walter Baiamonte and Katia Ranalli creating a sort of cell shaded design that makes the whole comic look more like an independent video game from the late 2000’s instead of a comic. It’s an acquired taste, but if manga is your thing you’ll definitely like it.

If the artwork has anything to critique, it’s that it kind of falls into the same traps the writing fell into. While the details on the characters are great and the action scenes are superb, the backgrounds and setting of the comic suffers from critical existence failure and there are some bizarre costume choices for the high ranking members of the secret society that aren’t explained and the presence of fantasy plate armor combined with functional and modern secret agent clothing can be a bit off putting.

“Seven Secrets” #1 is a book that gets the details and emotions of the story down cold. It presents a couple that loves each other, but understands their duty and the price it demands of them. It presents a secret society that knows what must be done to protect the world, but isn’t above being kind to the people working for it. Unfortunately, it seems that the creative team spent so much time developing the characters they forgot that there has to be a world for them to live in and protect and while it will be interesting to see where the story goes from here, it has a long way to go if it wants to be a great book.