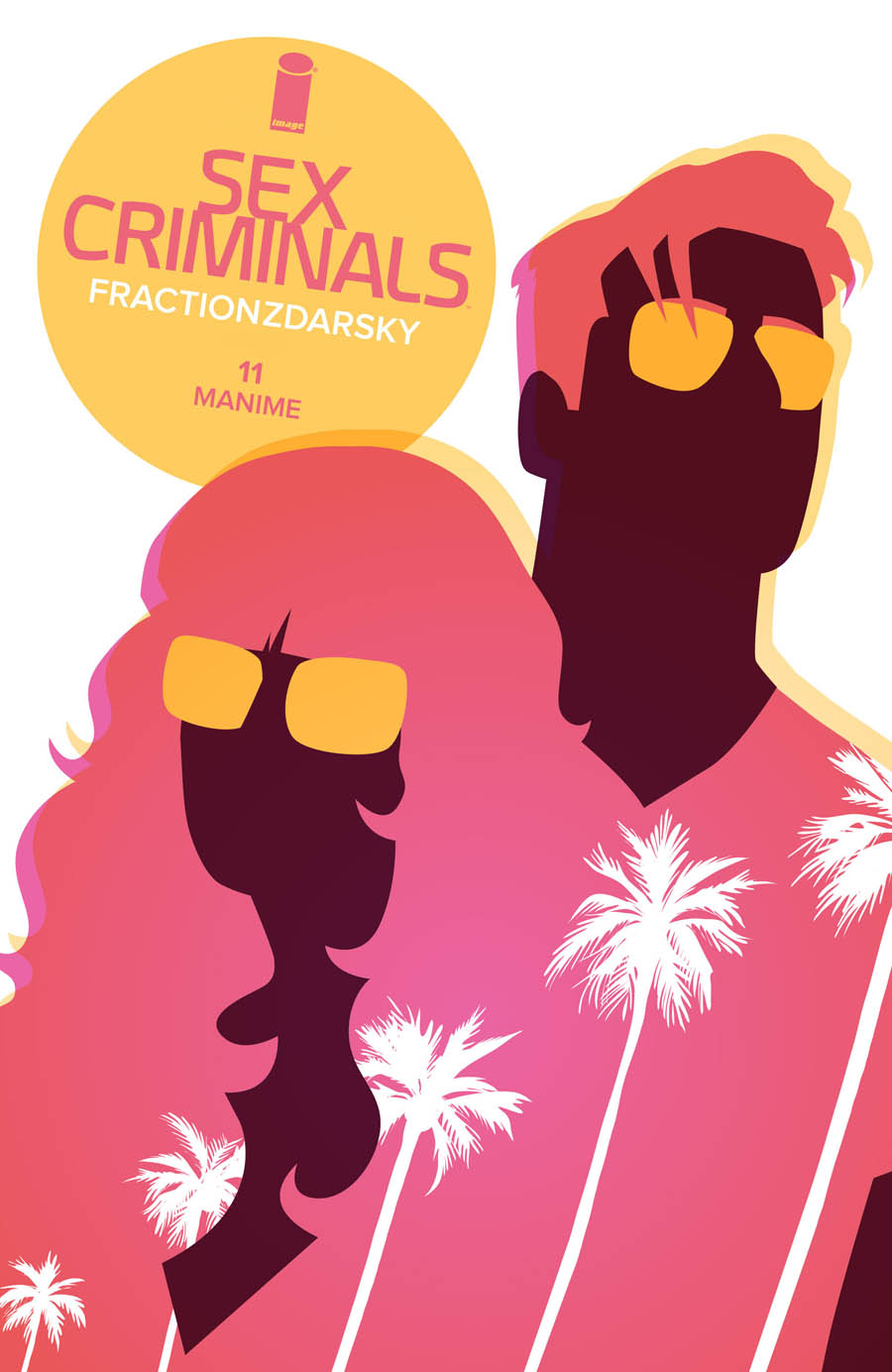 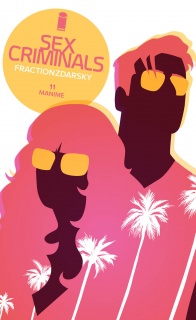 NEW STORY! NEW ARC! SAME OLD MATT AND CHIP. Jon and Suzie have a gift: when they have sex, they stop time. And they’re not alone. Get on board the book that’s been called “hilarious” and “arousing” – by Chip’s mommy. OH! All these issues? They’re all in a sealed bag because 1000 totally random blank covers have been “customized” by Matt and Chip. Will YOU be one of the lucky ones (thousand)? Will YOUR copy be worth a million dollars one day because it is one-of-a-kind and unique (probably not)? YES! (No.)

When I hear “Sex Criminals” I almost instantly think of Porky’s. For all intents and purposes Porky’s was the fantasy of teenage boys who were not a huge hit with the ladies. “Sex Criminals” on the other hand takes that teenage boy fantasy and acts upon it with extreme pleasure. Every dirty jokes, every bizarre sexual desire and every sex object you can think of has been seen in this book.

This issue begins with our introduction to a new face we haven’t seen before. Douglas is an orderly in Miami who really loves his mother and his job. But he has a secret, he can stop time when he orgasms. Does this sound familiar? Within just a few pages, Matt Fraction introduces us to another character who adds to the already interesting array. Fraction’s use of voiceover and fourth wall breaking put me right into the middle of the action. Chip Zdarsky litters the background with hilarious puns on signs, like “The Golden Years” retirement home for those David Bowie fans out there. If there was a perfect moment in a comic to capture the boringness of Florida retirement, Zdarsky figured it out. Showing Douglas’ day to day activities as he describes them is where Zdarsky shines. The description might be boring, the art isn’t at all. Douglas’ inner monologue makes it clear how much he loves his work even if the monetary value of it is low. Zdarsky plays it cool, he shows Douglas with a smile on his face and keep the body language neutral. Subtly though you can see how long of a day Douglas has when the colors throughout the panels get darker and darker to show the passing of time.

I got a real sense of what Douglas goes through and how he really is as a person. It was clear that Douglas is a guy we can get behind (no pun intended) to expand this world. But what role does he play in the overall arc of the story? After this interlude we see our “heroes” Jon and Suzie with Ana Kincaid trying once again to solve the puzzle of why this is happening to all of them. The story more or less picks up from the previous issue with some excellent recapping done in only the way Fraction can do. However, he keeps the comedy to a minimum and has the Sex Crimz crew hone in on Douglas.

Fraction needs to be commended for connecting the dots very quickly to Douglas. I was worried this was going to drag on a bit but thankfully Douglas is thrown into the mix quickly. When the crew does finally arrive his actual power is so hilariously gross you will want to re-read to find any clues. But it is here Zdarsky steals Fraction’s thunder. Once Jon and Suzie decide to make their way to Miami, Zdarsky’s full talent is on display. On one page he brings to life a Miami Vice credit sequence right into the middle of the book. The colors are sun drenched to give the felling of the warm Florida sunshine. Little details like Suzi wearing a white suit ala Sonny Crockett show how much thought went into the Miami backdrop. In direct contrast of pervious locations Miami is bright, new and exciting for the characters. My first thought when I saw this action was Zdarksy drew a post card for Miami. This kind of showmanship is exactly what the book needed to transition the story to a new location. The stakes are raised even further when a familiar face reappears for a shocking visit. Without spoiling it there is a storm coming and it is going to be huge.

When the book started “Sex Criminals” seemed destined to tell the story of just Jon & Suzie. As it has progressed the universe is much more expansive and interesting. What I love about this book is the feeling of just scratching the surface. Fraction & Zdarsky must enjoy doing this as much as I do reading it. There are plenty of times throughout the issue (and the story as a whole) where I wonder where Fraction & Zadarsky stop and Jon & Suzie begin. I cannot imagine that a lot of this stuff is made up as they go along. On the contrary it seems to be what their own lives and sex lives have been like at one point.

“Sex Criminals” is so much more than the average sex comedy. It is earnest and somewhat reflective in the story telling. Yes there are plenty of gross out, laugh out loud moments I cannot deny that. However these people are humans with real emotions. In a lot of ways I feel that it is an explanation of the sex communities at large. Some people are into stuff I can barely even bring myself to say which more or less isolates them. When they do find someone who shares in this there is no more loneliness. Only to have yourself put on notice by the sex police….it is a metaphor for sexual exploration and identity.

If anything you can see why the book is popular. It really doesn’t show any judgement for the actual sex of the book. The judgement stems from the crimes committed after sex. It took me a while to fully understand that conclusion but it makes sense. The perception with a title like “Sex Criminals” gives you a negative connotation. But the two are very separate in how they are shown. Sex is one thing and crime is another. It is not a crime to have sex with someone is the biggest takeaway. Maybe when the book is collected into a larger omnibus Fraction and Zdarsky can make it a book for education? Or maybe just keep making an excellent story that works too.

Final Verdict: 8.0 – A grand return to a now larger world. A delightful romp that will please fans and new comers alike.