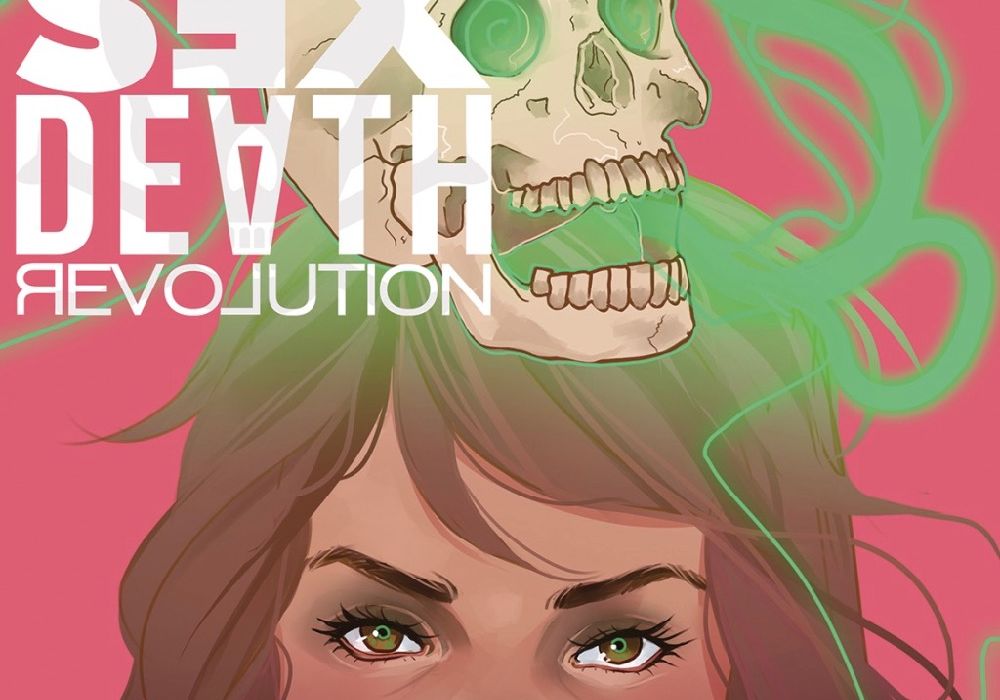 Despite the book’s punk rock title, “Sex Death Revolution” #1 is ultimately pretty tame, but don’t let that scare you away. This double-sized debut issue is a decidedly different take on the art of black magic and the human toll it exacts on those who practice it. (Warning: contains minorspoilers.) 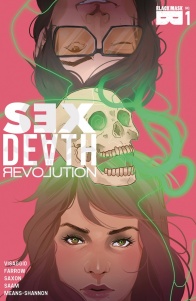 Still reeling from the sudden collapse of her coven, Manhattanite sorceress Esperanza tries to rebuild. But everyone in her life is saying she’s done and said things that never happened — terrible things. Before she knows it, she’s becoming someone entirely different. Someone she used to be, once upon a time. Life is full of ch-ch-ch-changes in this urban fantasy from Eisner-nominated writer Magdalene Visaggio (Eternity Girl, Kim & Kim) and artist Becca Farrow (Ladycastle).

From The Chilling Adventures of Sabrina on Netflix to the new “Hex Wives” series at Vertigo Comics to Katy Rex’s forthcoming graphic novel “Charmed: The Manga,” fall 2018 is shaping up to be the proverbial season of the witch. That said, other than a few very basic, universal concepts like coven, spell, wizard and warlock, writer Magdalene Visaggio’s vision of what black magic is and how it technically functions bears very little resemblance to any of those other works. And that’s definitely intentional. As the book’s protagonist Esperanza explains, “As an avant garde coven, we were very interested in being transgressive” – a thinly veiled, self-referential allusion to Visaggio’s own aesthetic if there ever was one.

To be honest, in terms of plot, despite a full 52 pages, not a whole lot actually happens. Not overtly, anyway. But there are some definite highlights. Early on, for example, there’s a cool half-page panel with some geometric designs that feel anything but benign. Near the end of the first section, there’s a dramatic double-page sequence built around a glowing pale-green skull and a floating body as Esperanza completes her transition. Later, near the end, there’s a wonderful off kilter spread that covers two pages where Esperanza’s girlfriend Shannon casts a spell in church. Much of the rest of the time, however, Esperanza talks about theory and tries to piece together missing chunks of her life while we see semi-ambiguous flashbacks of what probably happened, but maybe not.

In a very real sense, it’s not so much world building per se as it is laying out a theoretical framework for how this universe operates. Like a Ted Talk about black magic and the young auteurs who are changing the game. Accordingly, there are discussions about the theoretical underpinnings of Body Magic vs. Conceptual Magic and words like praxis and Neo-Verists and “goddamn magical theory,” half of which Esperanza wrote.

No coincidentally, I’m sure, in another context the dialogue could be between theoretical physicists, evolutionary psychologists or cutting edge material engineers. There’s a lot of text and subtext and allusions to debates between those practitioners who are currently pushing the envelope and those with allegiance to “some ancient mystery shit,” a phrase that’s indicative of Vissagio’s unabashed penchant for snarky, oblique humor.

Despite the intellectual, almost abstract quality to much of Visaggio’s dialogue (and Esperanza’s internal monologue), Becca Farrow’s artwork feels incredibly grounded. In this case, it’s a wonderful contrast and the two creators are very well matched, heightening each other’s work. There’s an understated, matter-of-factness to Farrow’s inks that perfectly complements Visaggio’s surreal, metaphysical concept. There’s an element of stylization, for sure, but it also feels gritty and real, with an outstanding sense of time, place and emotion. Scenes between the picture perfect, “Elle Magazine lesbian lovers,” Esperanza and Shannon, seem particularly honest and heartfelt. The entire story hinges on the strength of their relationship, and it absolutely rings true.

Harry Saxon’s color work definitely underscores the “urban fantasy” aesthetic, striking the balance nicely between a dingy, faded, desaturated earth tones and the haunting neon greens and blues of the nether world. Look closely and you’ll also see that each environment deftly uses it’s own color palette, keeping it distinct from each other others simply and effectively. The restaurant is primarily yellow. Annie’s apartment is a pale coral pink. Esperanza’s couch is an aqua green. Shannon’s roommate’s couch is pale orange. These are simple, perhaps unremarkable choices, but that’s why they’re so effective. They keep the action laser focused on the characters’ facial expressions and body language, providing nuance and tone for the text.

Ultimately, this is a classic slow burn book, full of big ideas that take some time to set up. Dropping a double issue first was a great idea. It definitely gives us time to get to know the characters well and settle into this extraordinary world – in all senses of the word. The themes Visaggio explores and weaves together are heady, once you take the time to truly connect with them. The foundation is definitely here. The scaffold is strong and extensive, if sometimes a bit intricate. Either way, in the words of Marcus the intern, “Nobody ever knows what they are until a big traumatic dealie makes us take stock of ourselves.”

No doubt, that big traumatic dealie is just around the corner.

Final Verdict: 8.2 – “Sex Death Revolution” #1 is not the action-packed, unbridled hijinks of Visaggio’s famous Kims. In fact, it definitely operates on an altogether different level, but if you spend some time with it, you will be rewarded with big ideas and the promise of even bigger things to come.