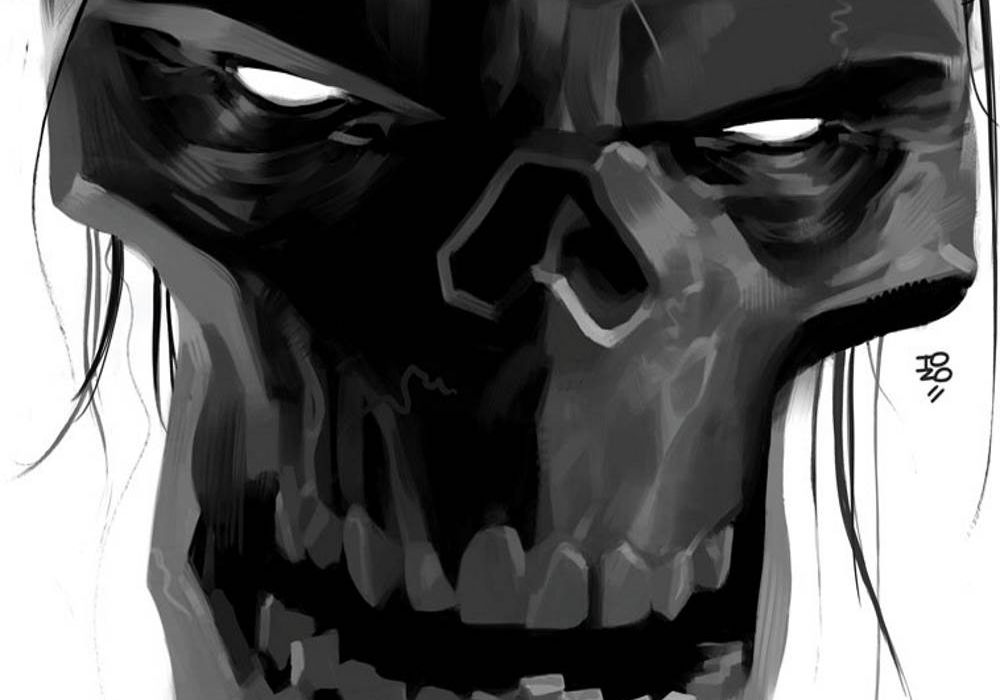 Shadowman is the most powerful and prominent magical superhero in the Valiant universe. Despite having a cool design and a unique place in the greater story, he hasn’t been able to hold down a solo series for a long time. What does a comic company do when they are trying to make a new superhero stick? You hire a creative team that will turn some heads. That’s why we now have Andy Diggle at the helm, with Stephen Segovia on art duties. With a good character and a solid creative team, “Shadowman” #2 should be a slam dunk. 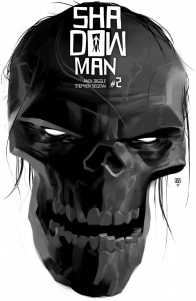 Jack Boniface has only just returned home to New Orleans…but the Deadside won’t let him stay gone! From across the veil of life and death, the malignant presence of Baron Samedi – a ravenous voodoo deity bent on consolidating power at all costs – now seeks to infiltrate the mortal plane and claim the legacy of Shadowman for himself! But even as Jack and Alyssa marshal a defense to Samedi’s inhuman agenda, a monstrous new force – driven by killer instinct and a rabid hatred of the Shadowman – is about to turn the Big Easy’s back alleys into a hunting ground…

“FEAR OF THE DARK” stalks forward as superstar writer Andy Diggle (Green Arrow: Year One) and incendiary artist Stephen Segovia (NINJAK) bring a hard-hitting reckoning of magic and might to Valiant’s must-read new series launch of 2018!

Let’s start with the end, which I suppose could be construed as spoilers, but really there’s not much to worry about. The last panel of “Shadowman” #2 is a full page of the titular hero being menaced by a ginormous alligator creature. Even in context, there’s not much else going on. Will Shadowman defeat the monster? It’s a cliffhanger, to be continued.

That’s sort of the problem with this new series. I am fully confident Diggle can deliver a dark superhero tale, but you never get the feeling that he much likes Shadowman. The New Orleans voodoo flavor feels kind of perfunctory, and the story seems like a leftover script from “Ghost Rider” or “Hellblazer.” It doesn’t have that hook a new series so desperately needs.

With that in mind, Segovia’s art feels pretty spot on. One glaring issue in the last run of “Shadowman” was the hair. Despite having a mostly black cast, the characters in “Shadowman” seemed to be obsessed with straightening their hair. Not true this time around. Jack and Alyssa are both rocking the natural looks, and the book feels truer to the Big Easy setting because of it. The city streets and background details are similarly bustling with personality, giving the book and authentic lived in feel.

Even thoug the protagonists look great, “Shadowman” is all about the evil stuff lurking under the surface, and the evil stuff is . . . fine. The aforementioned monster is kind of neat, but it lacks the stomach churning terror of Mr. Twist. The evil life-essence draining evil base looks like something an X-Men villain would rock in the ’90s. It’s even got the Cerebro-looking helmet thingie. You get the vibe that Segovia is game to draw a scary hero book; his action is bold, and his magic spells are bombastic. Ulises Arreola injects a lot of color into the pages, contrasting nicely with the requisite black.

But take away the Baron Samdei this and the gris-gris charm that, and this book could really be about anyone. It doesn’t seem to know what its doing with the larger story. The bad guy is thinly sketched and seems to want to suck the life out of cute red-headed children to live forever. Fine. Samdei, a greater Loa, is amassing followers into cults to transcend into full godhood. And behind it all, Nicodemus Darque is lurking, ready to make his return- again.

See what I mean? It seems very paint-by-numbers. It’d be like reading a “Batman” comic where the Dark Knight foils a couple of muggers, and there’s some foreshadowing that the Joker will be making a comeback in the not too distant future. That’s fine, but it sort of goes from playing its weakest to strongest cards with nothing in between. You use the mugger stories to frame something new about the characters and you save the Joker until you have something really special to do with him. If you’ve got nothing to say… think of something to say, because you’re a writer and that’s sort of your job.

I still like Shadowman. Jack Boniface is a good old fashioned brooding avenger. (Also: is it Bon-i-fass? Boney-face? Sound off in the comments please!). I just wish something truly crazy happened. Talking monkeys are good. New compelling villains are even better. I wasn’t bored by “Shadowman” #2, Jack and Alyssa still have a fun dynamic, but I don’t know how much longer this series can sustain my interest. A greatest hits compilation works better when you’ve got more than two or three hits.

I still believe in this series, and I’m still a fan of the creators, but maybe the team isn’t the best fit. Breaking into the superhero comics scene is tough when you’re not one of the big two, and that means that every issue needs to be top notch. “Shadowman” #2 is a competently put together comic, but its sort of empty at its core. I recommend it to fans of punching huge swamp creatures, but for everyone else, stick with the rest of the Valiant superhero output.

Final Verdict: 6.4 – Punching gators and slaying zombies; in other words, a regular Wednesday for Jack Boniface.