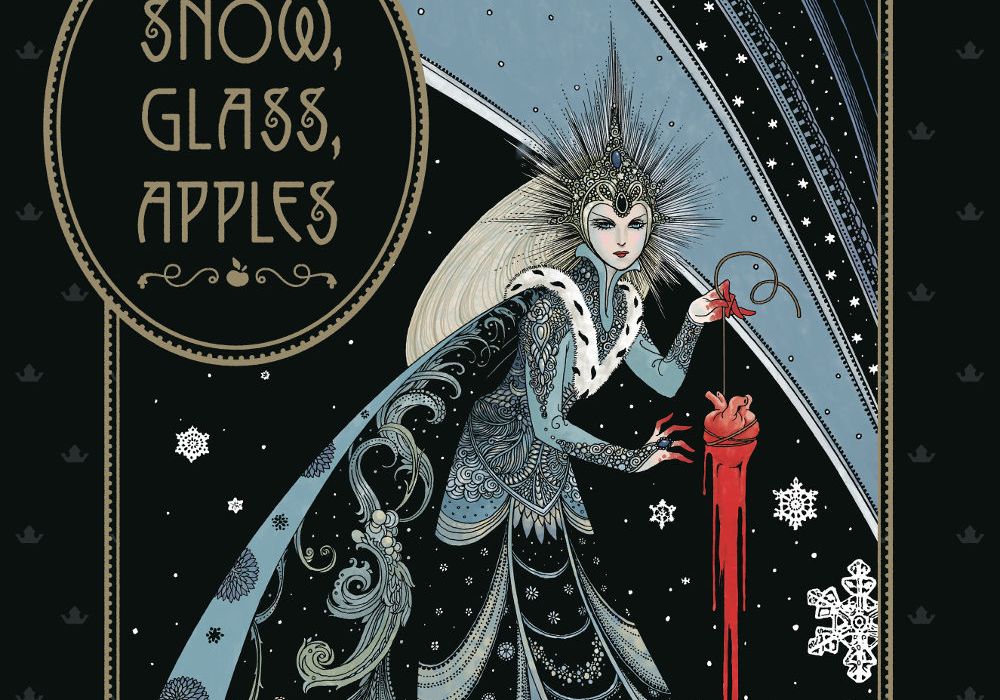 If any writer in the world of fiction was to ever deconstruct the Snow White fairy tale while adding vampirism, necrophilia and sexual escapades ripped from a novel about Christian Grey, it would be Neil Gaiman. He deftly steers the store more towards the macabre than something blatantly tasteless that could’ve befallen a lesser writer. Written in 1994, nearly a decade before “Fables” become a smash success at Vertigo and nearly two decades before Once Upon a Time hit the silver screen, “Snow, Glass, Apples” flips whatever Disney-based notions readers have on Snow White on their heads. With Colleen Doran transforming Gaiman’s twist on a Brothers Grimm classic for the comic medium, she adds a liveliness to “Snow, Glass, Apples” that’s only capable in this form. 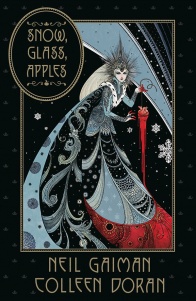 A not-so-evil queen is terrified of her monstrous stepdaughter and determined to repel this creature and save her kingdom from a world where happy endings aren’t so happily ever after.

Doran’s ability to construct and map out this adaptation is the crux of what makes “Snow, Glass, Apples” work. It’s seamless. Given that Gaiman’s original tale is just roughly 5000 words, translating to a brisk read with less than 70 pages of actual story here. Doran is able to incorporate the totality of Gaiman’s narrative with her own artistic vision. Doran notes in the behind-the-scenes pages at the end of “Snow, Glass, Apples” that the two of them communicated with one another during the creative process, making the original graphic novel feel more akin to a collaboration than a mere retelling.

Doran eschews traditional comic book panelling for something wholly her own. She frequently layers scenes upon one another without borders, as the scenes of “Snow, Glass, Apples” bleed into one another, forming a free-flowing narrative that is wild as Snow White’s heel turn into a villainous vampire or Prince Charming’s dirty deeds as a necrophiliac. That bleeding and lack of concrete panels feels especially pertinent given the continuous theme of blood that runs throughout the story. Whether it be Snow White herself sinking her teeth into a monk she comes across in the kingdom’s forest or the dripping of blood from Snow White’s heart, perched over her stepmother’s bed, Gaiman and Doran create a tale that may have been more aptly titled “Snow, Glass, Apples, Blood.”

While Doran’s penciling initially looks to be manga-influenced, as the over-sized eyes of Snow White peer into readers’ soul and bring out a sense fear, Doran notes that she took inspiration from a much earlier source. The title page of “Snow, Glass, Apples” states, “With respect and gratitude, the artist wishes to acknowledge her debt to Harry Clarke.” Clarke, for those unaware, was an Irish artist at the turn of the 20th century. He was part of the fin de siecle artistic movement, a period at the end of the 19th century marked by increased cynicism and pessimism due to the geopolitical climate of Europe during that era.

Taking into consideration that the Brothers Grimm published the original Snow White folk tale in the 19th century, Goran’s awareness of not only the classic story and Gaiman’s 1994 piece, but one of the overarching themes across European culture of that time period adds a unique element to this original graphic novel. “Snow, Glass, Apples” could’ve otherwise come off as entertaining, albeit a bit formulaic, without Goran’s obsessive attention to historical detail. For readers willing to go beyond the surface level of this comic, there’s an even more enriching experience waiting.

“Snow, Glass, Apples” stands as a worthwhile read for those who like the fairy tales of their youth covered in blood with a sex appeal taken straight from contemporary pop culture’s love of vampires. Come for Gaiman’s name recognition, but stay for Doran’s modern spin on society’s grim (pun intended) outlook on life from the late 1800s.