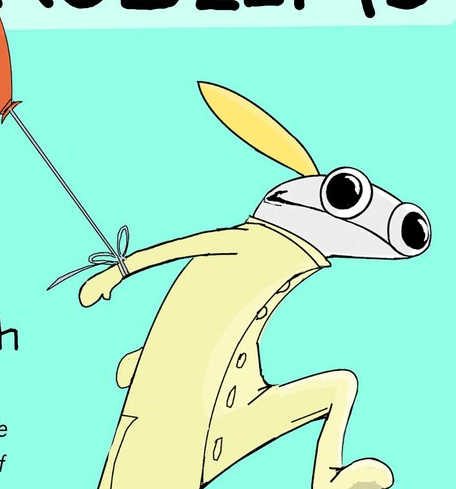 The creator of “Clean All The Things!” and the pesky Alot returns after a seven year absence with her adorably quirky and wonderfully poignant look at her life and the world. 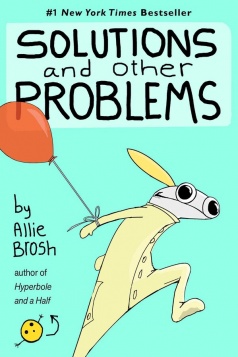 Written and Illustrated by Allie Brosh

For the first time in seven years, Allie Brosh—beloved author and artist of the extraordinary #1 New York Times bestseller Hyperbole and a Half—returns with a new collection of comedic, autobiographical, and illustrated essays.

Solutions and Other Problems includes humorous stories from Allie Brosh’s childhood; the adventures of her very bad animals; merciless dissection of her own character flaws; incisive essays on grief, loneliness, and powerlessness; as well as reflections on the absurdity of modern life.

This full-color, beautifully illustrated edition features all-new material with more than 1,600 pieces of art. Solutions and Other Problems marks the return of a beloved American humorist who has “the observational skills of a scientist, the creativity of an artist, and the wit of a comedian” (Bill Gates).

You may not know who Allie Brosh is by name, but you certainly know her meme. 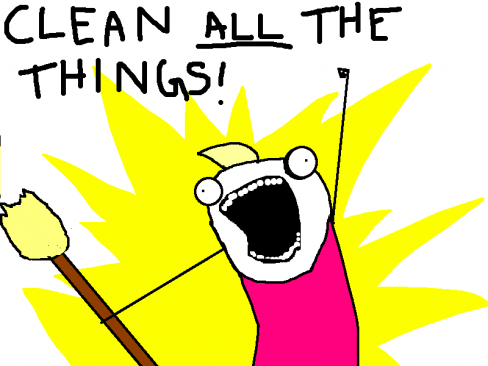 This rallying cry for attempting the basics of adulthood came back in 2010 in a post on her blog Hyperbole and a Half titled “This is Why I’ll Never Be an Adult.”  That post launched the greater populace into Allie’s world of fun and slightly sarcastic humor: the world of the Alot, how Kenny Loggins ruined Christmas, and the joys of copious amounts of cake. (I was tempted to say “alot of cake” to hammer the joke home, but I figured that was overkill.) This led to Brosh’s first book in 2013, “Hyperbole and a Half,” and after a very long wait (part of which is detailed in this book), we have her follow-up anthology, “Solutions and Other Problems.”

Now to be fair, this is not a traditional graphic novel in the sense of sequential art as the storytelling vehicle – – there’s a good bit of prose sprinkled throughout.  But Brosh’s roots as a webcomic, and use of pictures to provide drivers for each of her stories, relying on that prose for context pictures cannot provide, propel her into the graphic novel realm.  And while she’s certainly not a pioneer of webcomics (fun fact: webcomics have been around since 1985!) you could safely argue she helped usher in the current renaissance of webcomics, bringing her quirky slice of life to a mainstream audience.

And a decade later, that world has changed.  Fortunately Brosh adapts and changes with it in “Solutions and Other Problems.”

Of course, her trademark storytelling style is there, and it still resonates beautifully.  She still knows how to build a story slowly towards a climax to keep you engaged until the very ending, guessing as to how things will end. Her ability to step outside herself in situations and provide meta-commentary doesn’t come off as a pretentious, but adds another layer of humor to whatever situation she’s in from the ludicrous (getting stuck in a bucket as a child) to the mundane (an argument over bananas in the supermarket). This journey through her psyche is the best of an amusement park ride, where there’s fun around every corner.  A simple act of learning meditation and mindfulness cannot be just that; there has to be a naked pirate who loves knitting.  And the best stories always involve kids (either Brosh herself as a child or in one case, a child she babysits) or her pets, thanks to that mix of precociousness and innocence, with just a dash of irrationality.

But as I said, this world has changed. And for Allie, the seven years between “Hyperbole and a Half” and “Solutions and Other Problems” have seen momentous change for her: a health scare, the end of her marriage, the end of her parents’ marriage, the death of her sister. As in her first book, she doesn’t shy away from tackling these issues and associated emotions: sometimes with humor, sometimes with straight on honesty, sometimes with both.  Knowing this background information does make later stories extra poignant, such as “Sister,” near the end of the book. You laugh at her sister’s games of pranks and one-upmanship with her friend Becky, and then have a lump in your throat knowing that this is all Allie has left of her: memories.  In some interviews, Brosh talks about how drawing some of her stories served as a form of grief and therapy for her, and you see that in the page.  It adds up to a more poignant undertone throughout the novel, but it doesn’t push the humor aside.  Laughter through tears can be a wonderfully cleansing emotion.

One thing that has not changed, thankfully, is Brosh’s art.  The tools for drawing comics in 2020 look much different than they did in 2010, and there’s an opportunity to upgrade to more sophisticated drawing technique and tools.  Fortunately, Brosh sticks with what she knows: the candy colored intentionally crude figures with exaggerated emotions, supplemented with freeform, handwritten lettering.  At times, they’re almost Picasso-like in how they eschew natural shape and proportion for human and animal form.  More realistic depictions of people are saved for supporting characters, ensuring your eye is drawn to whomever is the start of that particular vignette.  Settings also remain light on details, often solid backgrounds or minimal sketching to set the appropriate scene.  (Though there are some exceptions, such as in the story of her childhood neighbor Richard and her attempts to break in to his house via his doggy door.) This is a story of people, and artistic choices for each page exhibit that well.  But it’s not a static story in its artwork.  A small movement of line or shape tells more about a moment or a feeling than any amount of prose would, a hallmark of every Hyperbole and a Half story since its inception.

We’re all older and wiser in the ten years since we embraced our desire (sometimes) to Clean All The Things, and “Solutions and Other Problems” shows that.  But not totally. There’s still plenty of room for the “pointless little weirdo” in our world.  And that pointless little weirdo, who might just be the solution to all the other problems of 2020, deserves plenty of love.

Welcome back, Allie.  We’ve most definitely missed you.