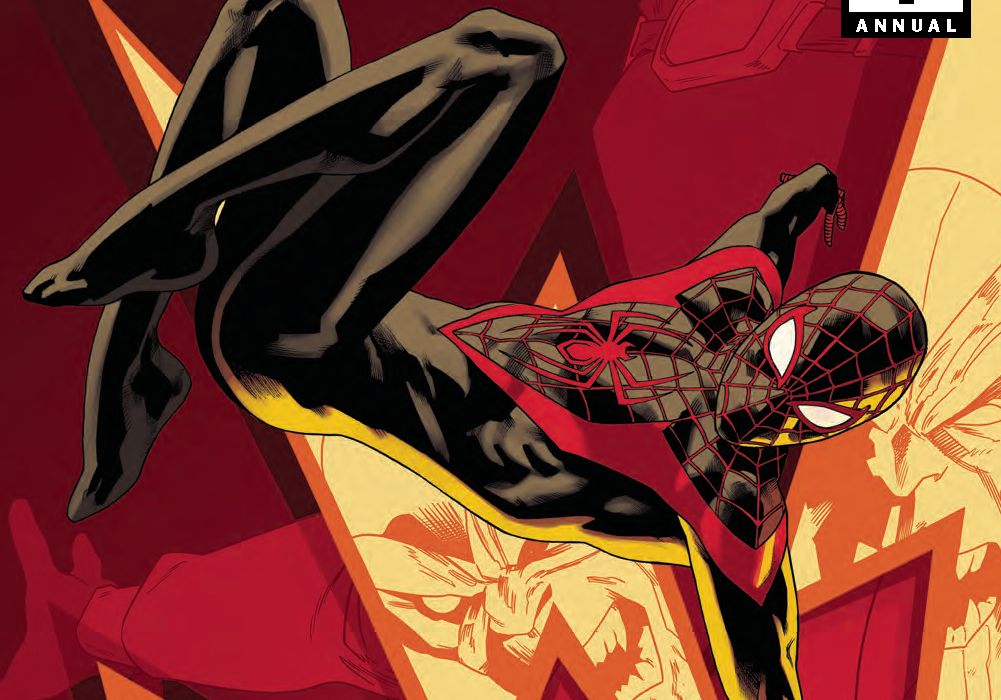 Representation in comics is a growing issue Marvel has not yet tackled when it comes to Miles Morales. Thankfully, the publisher has tapped author Bryan Edward Hill to take on the new title. “Spider-Man Annual” #1 marks Hill’s debut with the character. With the quality of the last couple chapters of writer Bryan Michael Bendis’ run charting all over the map in his final days at the House of Ideas, will “Spider-Man Annual” #1 be a return to form for Morales? What will pencilers Mark Bagley and Nelson Blake II bring to the character? 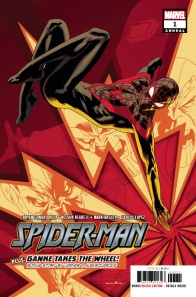 While it can be easy to perceive Miles Morales as a rookie training to fill the shoes of Peter Parker, Morales has been on the scene for five years now. Writer Bryan Edward Hill does a fantastic job charting his progression as a hero over the past couple of years. Morales first debuted in 2011. Thankfully “Spider-Man Annual” #1 serves as a grounded, nuanced take on the character.

Hill wastes no time diving in the fascinating, strained relationship between Miles and his Uncle Aaron. The antagonist serves as the most foreboding villain in Miles’ past. Hill shows a deep understanding of the character and uses these scenes to comment on Morales’ character and his development as a person. Hill goes beyond Morales’ mask and explores who Miles is as a person. Hill utilizes the extremely grounded nature on some of his past work to show how Miles has changed. The younger, more naive outlook Miles carries during the earlier portion of the story increases the stakes of the comic. In that classic Peter Parker fashion, not all of the supporting cast members make it out of the story alive towards the end of this installment.

The artwork on the issue ranges drastically between each of the several different pencilers who have contributed to the story. Mark Bagley is the most polished and experienced artist contributing to the issue. Bagley’s pencils deliver his standard, rounded look with some slightly wonky anatomy and exaggerated linework. Readers should be able to chart the difference between his pencils and Nelson Blake II’s younger take on the character who doesn’t contain the impressive muscles. Blake’s art is really stripped back and only brings the absolute essentials to the page. The issue is missing some detail on the work which could have made his art excel from substandard to proficient. Occasionally Blake’s work contains an impressive amount of potential in some panels with really expressive characters which could serve to develop over time. While some pages contain lots of emotion, others feel stilted and lack the detail needed to convey everything happening in the scene. It is a shame his style is being compared against Bagley’s experience. It is also difficult to discern where the story’s third penciller Alitha E. Martinez contributes to the issue. I hope future stories with this character will have a more cohesive look.

Emily Ryan Lerner and Alberto Alburquerque’s chapter of the story lacks the nuanced tone of Hill, Blake and Bagley’s portion. The scene portrays a wacky, inconsequential look at Miles’ current day experiences. The sequences in this story are so tongue-in-cheek they don’t match well with the interesting emotion Hill brings to his chapter. The story entitled ‘Right of Way’ is easy to brush off and not pay attention to. Unfortunately, narratively the story follows along with some of the final contributions of Bendis’ and his collaborators most recently contributed to Morales. This story was a huge disappointment from an art perspective as well, showing an artist with less proficiency than Blake. Alberto Alburquerque may be learning on the job, but as a contributor to a major Big Two title, that is a pretty daunting position to place a new artist in.

While the art in “Spider-Man Annual” #1 is a mixed bag which does not appeal to my taste in comics, I can’t help but praise Hill’s innovative script. Hill’s script also calls upon Peter Parker’s origin story in a fascinating manner, utilizing some of the best parts of Peter’s past and exploring it through Miles in a way that doesn’t seem contrived. I hope Hill’s future work with the character will continue to explore the aspects about Miles that make him unique from other heroes in the Marvel Universe. Hill’s portion of the issue is an impressive chapter which seemingly marks a huge turning point in quality for one of Marvel’s most interesting new heroes.