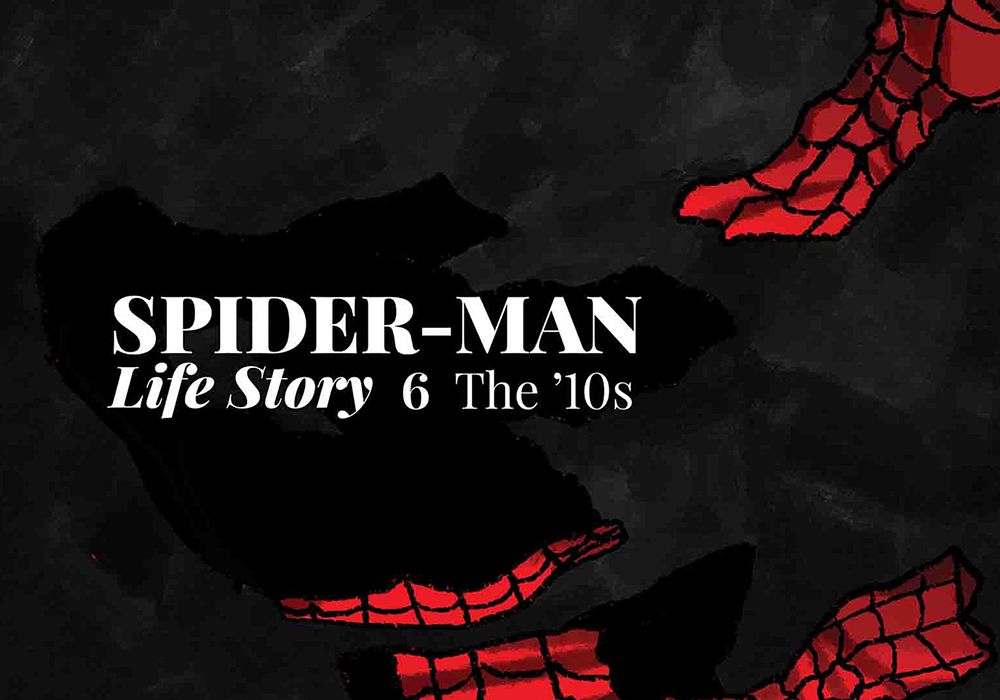 “Spider-Man: Life Story” #6 marks the conclusion of a mini-series that covered hero Peter Parker aging in The Marvel Universe in real-time. Along the way, Parker has experienced real tragedies like ‘The Clone Saga’ and ‘Civil War’ in a brand new context. Each chapter has touched on important, landmark moments in Peter’s life and this issue catches readers up to the modern Marvel Universe. Author Chip Zdarsky is telling an alternative story with Peter Parker where the progression of Peter’s life can be tracked from child to aging older man in “Spider-Man: Life Story.” Artist Mark Bagley has given the title a more restrained and detail-oriented approach to his pencils that pair well with Zdarsky’s scripts. Will Zdarsky and Bagley be able to find a conclusion worthy of their new take on Peter’s life up to this point? 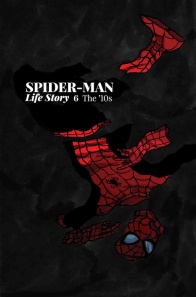 THE REAL-TIME LIFE STORY OF SPIDER-MAN CONCLUDES!
The year is 2019, and the 72-year-old web-slinger is about to embark on his final adventure! Will the end of Spider-Man’s life story mean the end of his life?

There are a lot of plot threads from the past decade of Spider-Man that are integral to the character. Some of these stories are beloved such as the first couple of years of Miles Morales as Spider-Man in The Marvel Universe. There are also a couple of infamously bad Peter Parker stories in the past decade. The common thread between them all is that Zdarsky weaves quite a few modern Spider-Man stories together for the conclusion of “Spider-Man: Life Story.” Zdarsky and Bagley have a lot of modern elements to inject into the plot before drawing the curtain on the tale. Fortunately, the title continues to carry a breakneck sense of pacing that is stuffed but not scattered.

Zdarsky finds a really potent plot beat to conclude his Spider-Man story with on the first and last page of the chapter. Peter carries so much guilt surrounding all the tragedies in his life. Seeing Peter get the chance to grow old and battle his inner demons is the catharsis modern Spider-Man comics are not able to offer readers. Zdarsky was smart in how he was able to use the premise of the story to give readers emotional resolution they are not able to find the main Spider-Man books. The script repurposes traditional Spider-Man stories for this one huge Spider-Man-themed space adventure. The story made for an issue that was crammed with great context and interesting story structure.

Mark Bagley’s more detailed pencils and focus on anatomy merits great reward. This particular chapter has a lot of Spider-Villains with a litany of different designs. It is also refreshing to see Bagley commit to the older characters while adding new costume elements. There are lots of pages that are packed with detail and the way Bagley takes the time to draw every element of the page is one of the best aspects of the issue. The space costumes for Miles and Peter were busy without being too complicated and looked great on the page. The costumes in the middle of some of the action scenes made the issue look particularly interesting. Frank D’Armata’s color palette holds the book back in how a few of the pages only feature a few colors in various hues. If a couple of the pages had more color, the issue could have provided a more dynamic visual direction in the action scenes.

Zdarsky crams a lot of villains into this final chapter. The script is able to bring back a couple of threads from previous chapters while bringing the most important players in Peter’s rogue’s gallery together. The final conflict and resolution for Peter’s fight bring a great level of stakes and dramatic tension. Zdarsky and Bagley do a great job with the setting for this entry as well. Bringing Parker to space with Miles at the end of a big mini-series with a couple of twists waiting for readers is a recipe for success. It is interesting to see Peter play a mentor role to Miles in the context of his old age. This entry would have felt more stuffed if it didn’t also serve as the conclusion for Zdarsky and Bagley’s entire mini that plays out Peter Parker’s career as Spider-Man.

Thanks to a consistent artistic direction on the issue, “Spider-Man: Life Story” has kept a cohesive feeling across each chapter of the series. “Spider-Man: Life Story” is a great way to get to know Peter Parker in a different light and will also serve as a strong deep cut for serious fans of the Wall-Crawler. For fans of the Spider-Man property, the novelty of “Spider-Man: Life Story” propels the title to the very end of the mini-series. Zdarsky also continues the subtle narrative spotlight of giving each issue a truly harrowing ending. The main difference between the conclusion for the final issue is how this entry ends on a note of hope that differentiates it from the earlier issues.