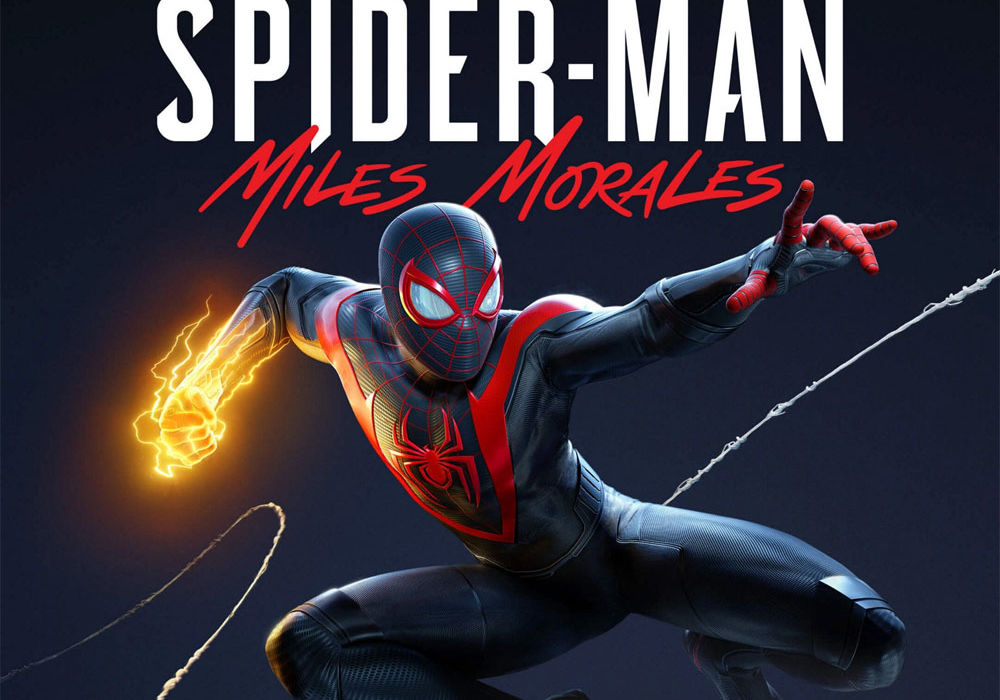 Marvel’s Spider-Man: Miles Morales, Insomniac Games’s follow-up to their superb 2018 outing, released on the PlayStation 4 and 5 last week, and it is unsurprisingly excellent. Can it be argued it’s DLC packaged and sold full price for the PS5’s launch? Perhaps, but if it is, it’s great DLC, with another compelling story, and enough tweaks to the puzzles, stealth, and combat (namely the emphasis on Miles’s Venom blasts) to feel fresh.

So with that all said, let’s dive into what actually happens in the game, which picks up a year after Miles (Nadji Jeter) was bit by a genetically altered spider, and became Peter’s protégé. Set during the holidays, Miles is left as New York’s sole Spider-Man after Peter leaves to accompany MJ on a report in Symkaria, when a war breaks out between Roxxon Power and the Tinkerer. If you haven’t finished the game, then feel free to come back and read this later, because there will be spoilers after the jump.

The biggest difference between Insomniac’s Miles, and the other versions in comics and animation, is that his father, Jefferson Davis, died at the hands of Mister Negative’s men in the first game, and that has an important ripple effect here on Miles’s relationship with his uncle, Aaron (voiced by Ike Amadi). When we meet Aaron in the game, he’s sincerely making an effort to go straight as he regrets never reconciling with his brother, and only becomes the Prowler again to help Miles.

While the two do come to blows over Aaron’s misguided efforts to protect his nephew, he is never portrayed unsympathetically, and by the end, he effectively becomes the Gamerverse counterpart of the original Hobie Brown version of the character. (Miles is even able to unlock a purple-and-green costume that homages his uncle’s suit.) Hopefully, Davis will return as an ally in the next main game, especially if Insomniac is not allowed to use other New York heroes like Daredevil and Luke Cage.

The main villain remains the Tinkerer, reimagined here as Miles’s middle-school friend Phin Mason (Jasmin Savoy Brown). Her motivation, to seek revenge on Roxxon for the murder of her brother Rick, is sympathetic, but it’s overly similar to the friends-to-enemies dynamic of Peter and Otto Octavius in the first game, and Otto’s absolutely justified anger at Norman Osborn. (It’s a parallel reinforced by the flashback where Miles and Phin bump into Peter and Otto at the Oscorp exhibition center.)

Between the campaign’s shorter length, and the fact she doesn’t get nearly any of the screentime Otto received before it’s revealed she’s a ruthless terrorist, Phin’s path to redemption struggles to stay compelling, and it’s telling that we’re left with a positive final impression of her through her sacrificing herself to save Miles. While the game’s post-credits scene does foreshadow the appearance of more misunderstood foes, like Curt Connors and Harry (who really seems like he’ll be this continuity’s Venom), it all but confirms Norman will become his Green alter-ego via a chilling visual homage, and it’s going to be refreshing to have a big bad who is simply a scumbag.

Rhino (Fred Tatasciore) makes for a fun first boss, providing an aggressive piggyback ride through New York, and some sweet payback for the terrifying section where he stalked Miles in 2018. I admit I laughed out loud when he returned as Roxxon’s newest enforcer (complete with tacky new red armor), as it felt like such a cost cutting measure, but between this and his appearances in the “Miles Morales: Spider-Man” comic, it is fascinating how Rhino has become a regular acquaintance for Miles across the multiverse.

Shockingly, after being defeated the second time, Rhino has to be saved by Miles, because Phin stabs him for taunting her about her brother’s death. It’s jawdropping that Insomniac almost killed (an admittedly lesser) classic Spidey villain, and while Rhino probably survived, he likely won’t be the same. Either way, hopefully Rhino’s days of battling Miles are over now, because there are other bad guys (namely Electro, whose powers are so similar to Miles that his absence here is, er, striking).

While Miles and his mother (Jacqueline Piñol)’s move to Harlem seems like it was decided out of the inability to expand the map beyond Manhattan, the game does a lovely job of acknowledging our hero’s Hispanic heritage, as you gradually realize their apartment used to belong to his grandmother, whom you can learn had a proud history as an activist. (Miles and Ganke’s conversations about learning Spanish are also delightful.)

However, Brooklyn’s absence from the game means all of the collectibles, like Miles and Phin’s time capsules, or Jefferson and Aaron’s recordings about their memories, implies nothing of significance ever happened across the East River — it’s ridiculous, and a sore reminder that the next main game, which will presumably allow us to play as Peter and Miles, really needs to let us explore the city outside Manhattan. (Hopefully, the phone conversation that hints Peter has inherited May’s home in Queens, means that’ll be the case.)

Gita Jackson and Eliana Dockterman have respectively written excellent essays for Vice and Time on how the game doesn’t say enough politically, despite starring a Black hero: you should definitely make time for those, but quite simply, the game tries hard not to repeat the cosy relationship Peter had with the cops in its predecessor, and creates a dissonance by not having Miles actually talk to Peter — or anyone else — about systemic racism in the police force. We certainly don’t get any insight into how he feels about his father being a cop: Aaron does mention in his recordings that Jefferson was an idealist who wanted to change the force from within, but that’s beside the point.

Since Roxxon acts as the stand-in for a militarized police force, the game could be read instead as emphasizing environmental racism: pollution disproportionately affects communities of color, especially African and Native Americans, and Roxxon’s decision to build a secretly toxic “clean” energy reactor in Harlem meant I could not not think about the Flint water crisis. Like all racists, Simon Krieger, the Head of Roxxon R&D (voiced by Troy Baker), probably doesn’t he’s racist, but his claim that no one will care if people in Harlem become sick is only true if you don’t think of its predominantly non-white residents as people — it’s also a reminder that environmentalism is useless if it’s not intersectional.

Hopefully an add-on or the next main game can push these themes further, especially since we’re due for another appearance from Yuri Watanabe, Peter’s police contact, who became the murderous vigilante Wraith during The City That Never Sleeps DLC: she can be easily used to explore the fallacious argument that it’s ok to kill because some police do. It’d also be great if Miles and Peter talk about what it means to beat up criminals in the age of Black Lives Matter: after all, they have all this scientific and technological expertise, yet all it ever seems to lead to is more chaos (and the random crimes that never stop).

– This has much more to do with the PS5 version of the 2018 game, but since Peter Parker’s new face is used here, let’s just say, the issue is not so much him turning into a cross between Grant Gustin and Hartley Sawyer (though that is disconcerting), but how Yuri Lowenthal’s voice sounds too old now. In any case, we’ll probably get an improved facial model in the next game.

– Miles’s costume with the bodega cat (also called Spider-Man) is, hands down, the best skin in the game: it’s absolutely absurd, but the sight of Spider-Man jumping out of Spider-Man’s bag to scratch thugs during takedowns is incredible.

– I’m so grateful J. Jonah Jameson calls Peter’s red-white-and-blue costume in these games ugly on his podcast: it did bother me seeing it here after playing the previous game entirely with the classic suit, and I really hope he gets a new default next time.

And that is it for now: be sure to share your thoughts on the story of Spider-Man: Miles Morales, and the future of Insomniac’s series below. Hopefully, we’ll be back to talk more about Marvel’s Gamerverse soon.