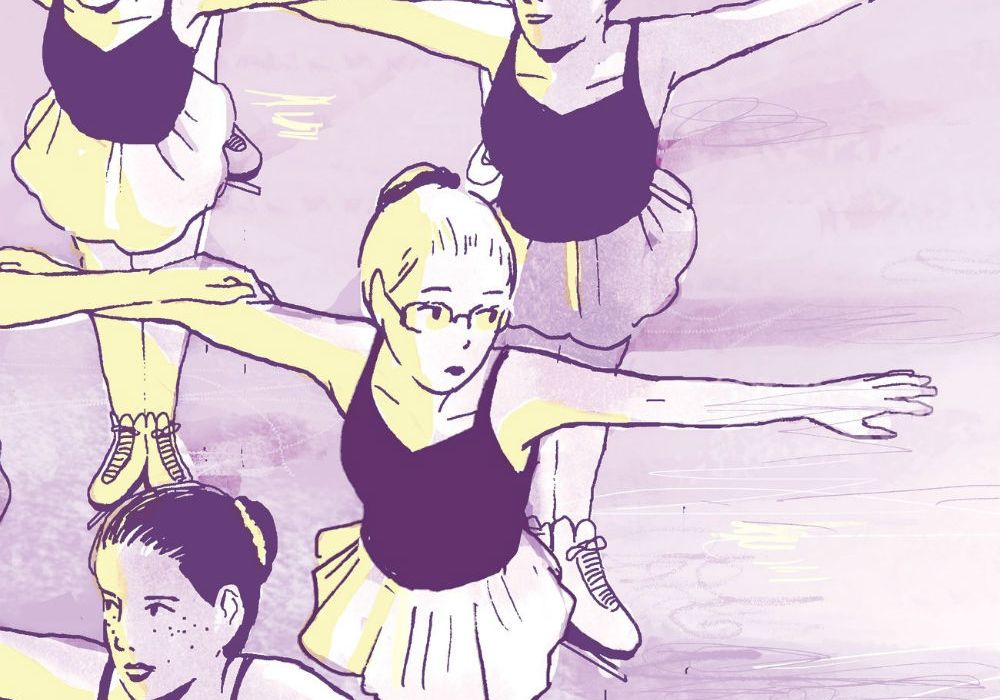 21-year-old cartoonist Tillie Walden has, in the two years since her graphic novel debut, won two Ignatz Awards (Best New Talent and Outstanding Artist, both in 2016) and been nominated for an Eisner (Best Digital Comic, in 2017). So, her new release, a graphic memoir focusing on her 12 years as a competitive figure skater, comes with a certain level of expectation. In “Spinning,” Walden lives up to that hype for a beautiful and honest 400 pages. 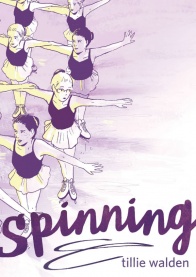 She woke before dawn for morning lessons, went straight to group practice after school, and spent weekends competing in glitter and tights. It was a central piece of her identity, her safe haven from the stress of school, bullies, and family.

But over time, as she switched schools, got into art, and fell in love with her first girlfriend, she began to question how the closed-minded world of figure skating fit in with the rest of her life.

Poignant and captivating, Ignatz Award–winner Tillie Walden’s powerful graphic memoir captures what it’s like to come of age, come out, and come to terms with leaving behind everything you used to know.

What struck me very early on in “Spinning” was just how relatable it felt to my own experiences, even though I know very little ice skating, Texas or growing up as a lesbian. Fundamentally, though, it is a story of adolescence, which is much more universal, everyone has to grow up and awkwardly find their own voice and place in the world. This might have hit me particularly because, like Walden, I am at an age where there’s this small gap between me now and my school years, giving a bit of space to reflect, while the memories remain fresh enough that the minutia feels real.

Creating a book about your own life can be intimidating. Directly confronting your memories and your actions and the people around you is hard. At SPX, Walden spoke about how she tried to create something about growing up in figure skating while she was at art school, but she couldn’t get it out. Walden’s style, in her other work, is generally a lot stranger – she plays with space on the page, and within panels and within the world of the story. “Spinning,” meanwhile, contains Walden’s messy, alive memories inside a rigid grid, as Walden told JA Micheline for the Guardian, ‘There was so much more to carry in this book and I felt like using a grid, using these smaller pages, and keeping it within this realm really helped me manage everything.’

Rather than having a heavy focus on the physical space, as in most of her other work, here Walden uses lots of white space, giving a sparse, ghostly feel while allowing for a stronger focus on characters. It was an example of this character-focus and tight, gridded panelling that sold me on the book in the first place. There’s a beautiful page that I saw before anything else from “Spinning” that shows a young Walden waking up and getting dressed at 4am. It’s right at the start of the book and it’s this 12-panel grid that starts encased in a deep purple, before gradually introducing white, and then in the twelfth panel, as she puts her coat on, the background goes purple again. What’s striking about the page is how there is only Tillie, we are there with from the beginning of her day, and we remain with her, and only her, all the way through. That’s not to say everything is that tight, however, Walden definitely knows when a moment needs more space to breathe.

Those colours I just mentioned – the very dark, almost black purple and the white, that is simply the colour of the page – make up most of the palette of the book. Using purple, rather than, say, black, gives “Spinning” a kind of warmth, and maybe a little insecurity – it’s not as set-in-stone as black, it’s more organic and flexible, more like a teenager, more like a memory.

There’s a third colour as well, every now and then Walden will throw in this bright yellow to heighten certain moments of particular emotional intensity. In that SPX panel, Walden talks about how this came from the intense, yellow lights that shone on her as she performed on the ice, which were always moments of extreme emotion.

An important moment in a lot of young people’s lives is your first love, your first kiss. This comes around half way through “Spinning,” that yellow rising up behind Tillie and her first girlfriend as they kiss for the first time. In her other work, when Walden’s shown ideas of love, it’s been in these intricate splashes, with lots of overlapping imagery. But in “Spinning,” this remains contained in the grid, their love had to be held in. In the book, Walden writes, ‘a first love is important to anyone. But when you’re both young and gay and in the closet, it’s something else entirely. It wasn’t the thrill of freedom I remember – it was the fear.’

Walden gives us this beautiful honesty throughout, opening up about growing up in a way that is both specific and universal, using the tools of comics brilliantly to do so. “Spinning” is a masterpiece of reflection. Walden focus on the ice skating aspect of her adolescence gives a useful route to a broader look at growing up. A look that made me want to reflect more on my own dwindling teenage years. I would not be surprised if “Spinning” earns this young cartoonist a couple more awards.