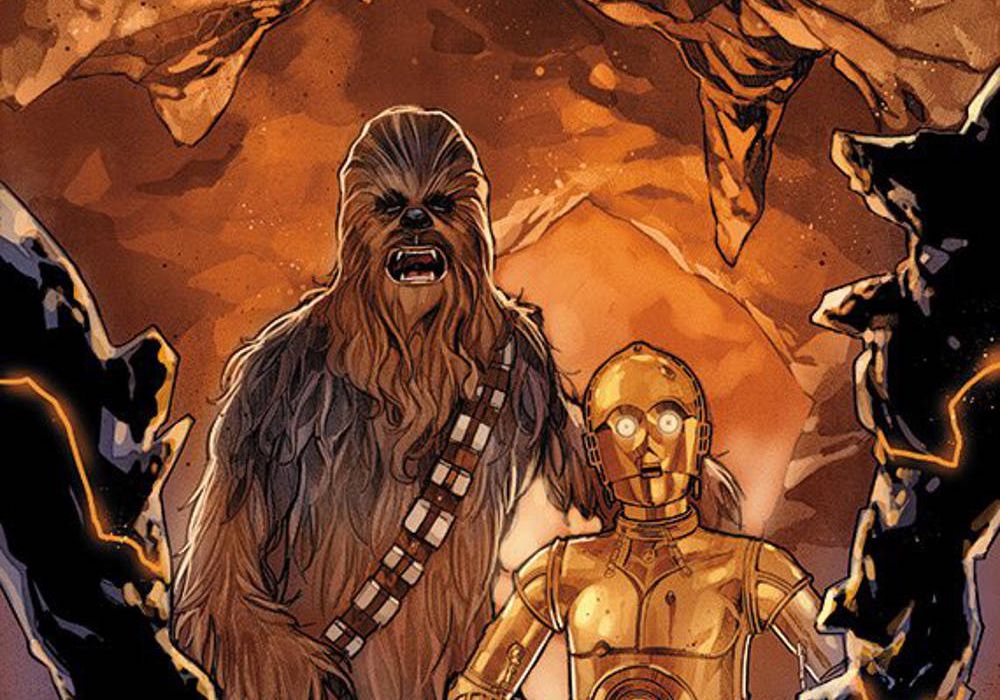 New creative team, same old “Star Wars” book. Issue #68 is a start of a new era for Marvel’s Star Wars series, one that has the always welcome Greg Pak on scripting duties. Pak is joined by fan favorite artist Phil Noto to sweeten the deal a little bit. And how is the new direction? It shows a lot of promise. Join me… it is your destiny! 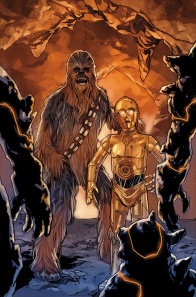 REBELS AND ROGUES! “The evil lord Darth Vader, obsessed with finding young Skywalker, has dispatched thousands of remote probes into the far reaches of space…” That’s right – you remember the opening titles of The Empire Strikes Back. Now find out what happened just before, as Luke and his friends launch a desperate, three-pronged mission of deception to keep the Empire from finding their new rebel base in a brand-new epic from the new ongoing team of Greg “PLANET HULK” Pak and Phil “POE DAMERON” Noto! Featuring Han and Leia undercover in a noir world of romance and danger! Luke and R2 facing off against the Executor in a single X-Wing! And Chewie and Threepio, the greatest team-up you never knew you always needed!

When Kieron Gillen left “Star Wars” last issue, it seemed as if we were nearly caught up to Empire Strikes Back. The Rebels were ready to build a new base that we know will be on Hoth. That base hasn’t been found yet, and it’s unclear whether or not it will be in the near future. So Pak is continuing to fill in the time between episodes IV and V (which is supposed to be about three years). He’s starting us with a relatively light Rebel caper.

General Rieekan needs three teams to perform three missions. And of course, each of them go wrong in their own way. First up, he needs a daring pilot to lead a star destroyer and some probe droids away from a rebel outpost. That’s a job for Luke and R2. Next, a smooth talking team needs to go to the crime-ridden moon of Lanz Carpo to frame an Imperial collaborator as a Rebel sympathizer. That’s gonna be Han and Leia. Last, there’s an unstable and remote volcano planet just waiting to explode. A brave agent will need to lure a star destroyer into orbit and then blow up the planet to take it out. That’s going to be the Chewie and 3PO mission.

One of these stories would be a trifle. There are plenty of one-off “Star Wars” adventure comics every week, and most of them feel rather inconsequential. They get by on style and good character work. As it stands, this issue is like three of those inconsequential comics for the price of one, and three well executed stories at that. These are the most popular characters in the world and Pak has no trouble finding their voices. Luke and R2 are equal parts plucky and hapless. Han and Leia bicker and banter like they always do. Chewie and C-3PO are the standouts though. They keep finding little moments to save each other, to show each other respect. Both of them are sort of sidekicks, so seeing them cut loose (as much as they are able) and relax around each other is hella cute.

Pak’s script drives the issue, but Phil Noto’s art brings it together. “Star Wars” is a really great sandbox for Noto to play in. His figures are typically detailed, but indistinct from one another. By working off of real actors (or puppets or props) he can focus on what makes everyone distinct. This is especially true when he gets to draw monsters and robots and aliens and funky helmets. The samey-ness of his faces is still a bit of a problem- Luke and Han look different but Han and Rieekan could be twins. But seeing Noto draw fur and metal is a treat. His textures are gorgeous, as is his framing.

What makes or breaks a “Star Wars” artist though is how they draw the background weirdness. Nothing is more disappointing than reading a story where Han and Luke fight a bunch of green guys. They look like guys you see, but they’re green. By the end of this issue, Noto has drawn some rock people, and some local guards in pretty cool armor. The jury is still out on how he’s going to handle a cantina scene- though next issue should answer that question- but his design work is lots of fun. I particularly like the planet of Lanz Carpo, where everyone’s wardrobe looks like Commander Shepard’s hand-me-downs. Han’s leather jacket and shades combination is a hoot.

As a one-shot, this issue was pretty damn fun. But it’s not a one-shot, it’s the start of a new run, and that’s a little harder to get a read on. These three stories can’t keep existing in isolation- they’re going to have to come together! Right? Otherwise, what’s the point? There’s a twist at the end that’s very similar to one that came along in the Jason Aaron run, similar to the point that one of the characters acknowledges it. But that can’t be it either. No, Pak and Noto have something bigger planned. They’ve got to. Until the shape of their plan becomes clear, we’re dealing with a thrilling, charming story about our favorite Rebel scum.

Final Verdict: 8.2 – Hard to say where it’s going, but knowing Pak and Noto, getting there will be a hell of a thing.