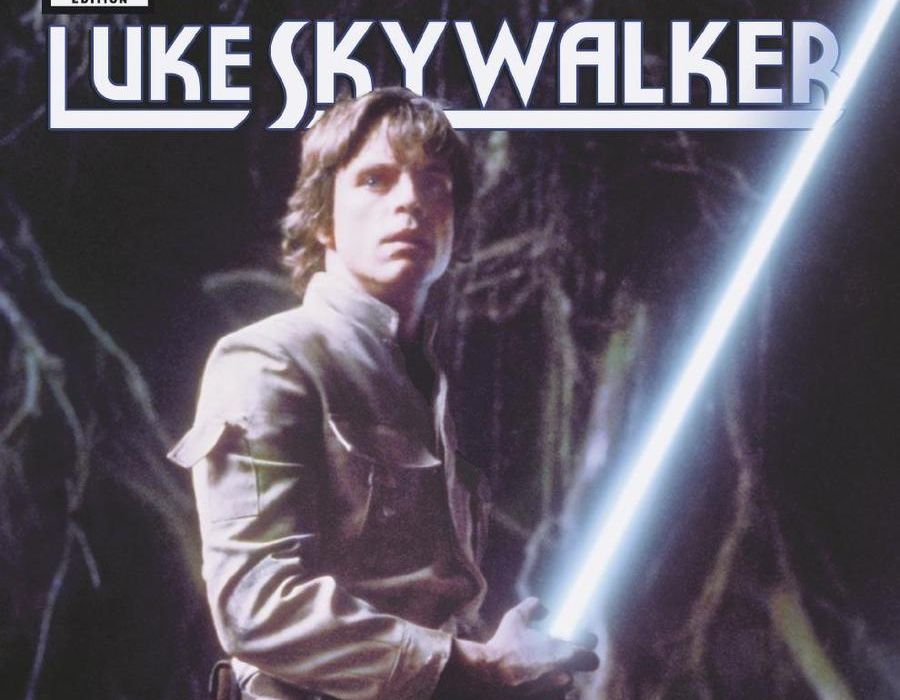 After the events of The Empire Strikes Back, Luke Skywalker ends up amidst a Rebel mission that leads to some unexpected confusion and temptation, but does it add up to anything special? Some Spoilers Ahead. 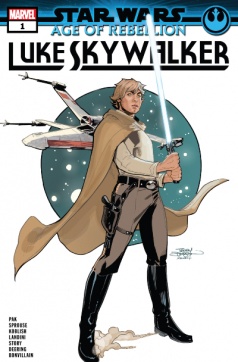 Luke is dealing with a lot. He’s learned that he’s been lied to his whole life; with Obi-Wan being the one most recently keeping secrets from him. With Darth Vader revealing that he is Luke’s father, Luke has some soul searching to do. His future and his loyalties are now in question with Vader and Emperor Palpatine hellbent on turning Luke to the Dark Side, this may be the most challenging time of the young Jedi’s life.

‘Fight or Flight,’ the newest chapter in the “Age of Rebellion” one-shots, starts off in a fairly exciting manner. A team of Rebel soldiers are on course to rendezvous with an Imperial refining platform, hoping to cut off some of the Empire’s fuel supply. They are tired, sweaty, and morale is low. Because the base is manned entirely by battle droids, they see this as an unwinnable scenario, or at the very best a mission that may succeed, but at the cost of all of their lives. Pak achieves all necessary emotion from just a few lines of dialogue.

Just before the team is set to land, Luke’s voice comes over the comm, and more or less lets them know he will be joining them on this trip. With none of these Rebels having seen Luke, let alone any Jedi, in action. They are in awe of his power. And seeing someone wield a lightsaber in battle is like seeing a mythical creature come to life. Some of the soldiers are star struck, and rightly so, but for those veterans who have seen Darth Vader in action, this is a reminder of terrifying moments from their past.

The first five pages are quite stunning. Chris Sprouse’s art style is exactly what this comic needed. Seeing Luke in his black Jedi garb using his green lightsaber to slice through Imperial droids carries a special weight with it. His action scenes in Return of the Jedi are so well known to fans, but it is truly great to see him with this look in new scenes. Sprouse captures Mark Hamill’s look from the 1983 sequel and does a wonderful job fleshing out the setting and other characters in a way that is unquestionably “Star Wars.” It has a more real world weight and style that is lacking from most of this issue.

In the next scene we get a look inside Darth Vader’s holo-communications room and the Emperor’s throne room where they are discussing capturing Luke and the fact that Vader has had a lot of time and chances to lure him to the Dark Side, and yet he still fights for the Rebels. The Emperor is clearly doubtful that his apprentice is doing his absolute best to achieve this goal. Left alone to meditate, Palpatine reaches through the Force to speak to Luke.

The story and the artwork take a turn here. As Luke’s mission with the Rebel soldiers continues, things just get worse. No matter what choices they make Luke is either undermined or mission parameters repeatedly fall apart. While this is happening Luke can hear the evil Sith Lord in his head, attempting to show that his work within the Rebellion is all for naught and he should just give in to temptation. It is this portion of the story and the change in artists that takes up the bulk of the issue. Scott Koblish and Stefano Landini take over and while the artwork is comfortably within the realm of “Star Wars,” they take a softer and more cartoonish look. The change in art is clearly to mark that everything we are being shown may not be real or at the very least, manipulated in a way that Luke is only seeing partial truths. The art style is still competent and in no way is it bad, but after such a strong opening style, it feels like a step down for this particular tale.

It is at this point that Pak starts to sprinkle in seeds of where Luke wants to be, or at least thinks he wants to be should the Rebellion fail. As he is clearly overwhelmed from learning the truth about his father and the toll the Galactic Civil War has taken on him, he sees a life in which the Rebels lose. In this version of his life, he ends up on a peaceful backwater planet, leaving the Rebels and the Jedi behind to raise a family away from the Force and any war. The question is, is this how he truly feels or is the Emperor placing doubt into his subconscious so he will no longer be a threat. If that is the case, then what about the Sith Lord’s plans to make him his apprentice? There are nuggets of a great story sprinkled throughout, but overall it posits too many questions and ideas and doesn’t have the time or space to truly develop any of them. It’s clearly setting up the doubt and fear that leads Luke to shell of his former self we see in The Last Jedi.

Holding the art styles together is the gorgeous heavy inking from Karl Story and Marc Deering; and the gorgeous colors from Tamra Bonvillain who does an outstanding job unifying all of the artwork throughout the comic. Without her added talent, the change in linework would be even more jarring.

Some great artwork and exciting Luke Skywalker action aside, this is an imbalanced story that attempts to juggle a few ideas, but doesn’t ever achieve what it set out to do. It’s fine, but it isn’t great.

Final Verdict: 6.0, Come for the Luke/Palpatine connection, leave wondering if there’s a real point to any of it.