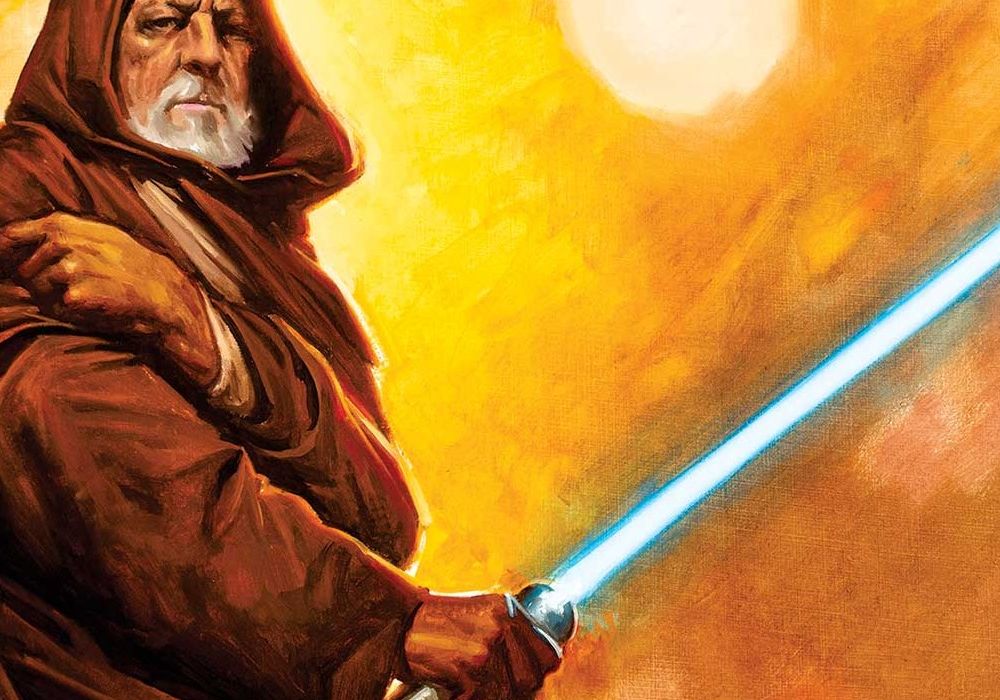 Just a short time before A New Hope Jedi Master Obi-Wan Kenobi reflects on one of his first childhood adventures while living at the Jedi Temple.Mild Spoilers Ahead! 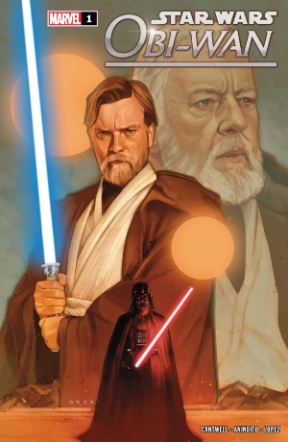 Obi-Wan is on the cusp of his destiny at the hands of Darth Vader on the Death Star, but in the meantime he is prepping his home for another sandstorm. He’s seen more than his fair share of the wind blasted weather, but this one feels big. Once he is settled in at home, he pulls out his most recent journal and begins reminiscing about his childhood. The first story in this new miniseries, “Youngling’s Challenge” takes us back to Obi-Wan as young Padawan living in the Jedi Temple.

The opening of this issue is a quiet, perfectly paced, and reflective look at one of the galaxy’s most beloved characters. Getting just a few tidbits of Obi-Wan as he makes his way around his home and prepares for the most recent sandstorm is exactly the type of light background information fans look for after decades of, at times, over indulgent backstory. For a character in which we’ve seen as a lead in four films, included in a small way in two more, and given 100s of hours of animated series screen time, it feels like we should be done with getting to know who he is, but as one of the most fascinating and multi-faceted people in a galaxy far, far away, every time we get a bit more from times in his life we haven’t seen before, we can’t help but get pulled in again and again – just see the excitement around the upcoming Disney+ miniseries.

Because that show is premiering in a few short weeks, having this comic book drop so close feels both timely and unnecessary, until you open this first issue. It’s almost impossible to not get swept up in this Jedi’s life once again. In the first five pages, getting reacquainted with this old sand-worn Jedi feels like getting wrapped in the best kind of nostalgia. It feels safe without re-treading what we’ve seen from him. We know so little about his time on Tattooine and it feels right to return to this point in his life as the bookend for this story.

As Old Ben dives into his journal and the shadows of the past and the Dark Side swirl in his mind, we are thrown back in time to when he is a small boy and aspects of his life that will be mirrored years later. Not only mirrors it, but informs decisions he will make as a Jedi Knight and Master. Introducing us to Obi-Wan’s first real friend, Gehren – fellow Padawan and darkly troubled kid, this story choice gives us another stepping stone as to why he would be so invested in training Anakin Skywalker and keeping his promise to Qui-Gon, no matter the consequences. Because Star Wars has always been strongly cyclical storytelling, this early entry in his life gives us plenty of street-level action that feels directly tied to other adventures and characters like young Anakin and, even more so, the early scenes in Solo: A Star Wars Story. Lots of street urchin action, direct references to the Black Sun crime syndicate, child thieves, and so on.

Gehren is a mirror of Anakin’s journey and downfall, but rather than watching this character fall from the grace of the Jedi after many years of fundamental disagreements, and watching her turn to the Dark Side; we see her having regular nightmares about her father (sound familiar?) and quickly realize that the Jedi life is not for her, so she leaves. And having Obi-Wan see this as a sort of failure in not being able to keep his friend where he believes she belongs says so much about him clinging to keeping Anakin in the Order.

The writing is solid and feels like it spans every era of Star Wars storytelling and dialogue style so it’ll speak to fans of all ages. Quick action, access to some decent emotional beats, and clear connections to what is to come for Obi-Wan later in life make this a strong opener, even if you aren’t initially invested in seeing our hero as a kid. Cantwell brings some really strong emotional vibes to the entire issue and has clearly tapped into what makes this character one that has endured for nearly 50 years.

Ario Anindito lives up to the task of illustrating this story in two very different styles. At a surface level he captures the dusty Tattooine plains of the original trilogy and the shiny gloss of Coruscant of the prequel trilogy, but at a deeper level he understands how these two looks can blend together in the same universe in a real way, more than just being forced to exist together.

Final Verdict: 8.0, This is a really nicely done adventure that wears its heart on its sleeve and feels like classic Star Wars and knows the soul of the character at the center.