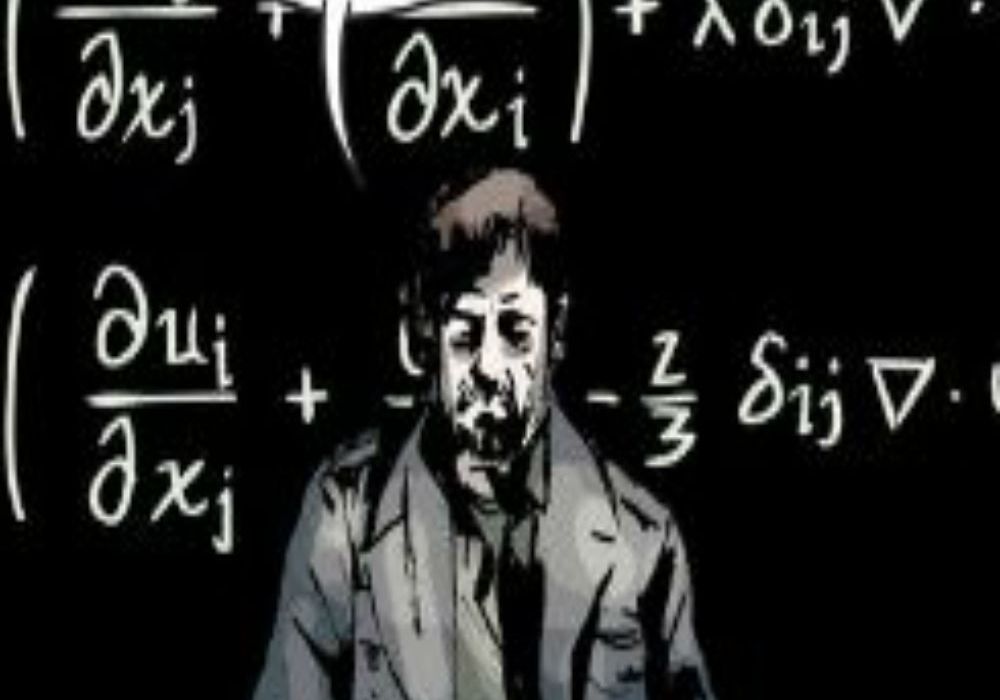 Once a graphic novel that helped kickstart its writer’s comic career, Charles Soule and Greg Scott’s “Strange Attractors” is now being re-released as a five-issue mini-series. As someone who dug Soule’s “Swamp Thing”, “She-Hulk” & interested/frustrated with his “Inhumans”, thought I’d give a gander. How does it hold up? Let’s take a look. 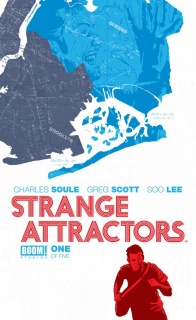 What’s to Love: Writer Charles Soule (Daredevil, Civil War) crafted a mind-bending story about how chaos math kept New York City from collapsing under itself. Presented for the first time as a limited series, each oversized issue of Strange Attractors features 30 pages of content, including new, never-before-seen bonus story pages. What It Is: Dr. Brownfield believes that a series of cataclysmic events are coming to New York City, and someone has to keep the city safe after he’s gone. Enter Heller Wilson, a brilliant mathematics student, who discovers that his ailing, perhaps insane, mentor has been saving New York City from societal collapse by a series of “adjustments,” a la the Butterfly Effect. But now, all signs point toward an impending disaster. Can Wilson take what little he’s learned and save the city in time?

I know that sounds like a weird way to begin this review and trust me it is, but that was my exact response when I finished reading this issue. “Strange Attractors #1” is… an interesting book, or at least its premise is kind of interesting. It’s all about the mathematical systems that govern the world, specifically New York City. From how the food gets into the city with such efficiency with no real government oversight, and the cataclysmic effects if it broke down. When I read this book I was actually reminded of Operation Dark Winter, which was the inspiration for the recent video game Tom Clancy’s The Division. Basically, Dark Winter was a simulated bio-terrorist attack to determine the readiness of the United States to combat it. You can find the results of the operation online but the tl;dr results are that we’d be royally fucked. “Strange Attractors” does have a leg up on The Division in that I am not forced to shoot dozens of poor people that are just trying to get by so plus to that.

But that’s just the premise. What about the characters? Well, this book centers around two characters: Heller Wilson, a Columbia graduate student at Columbia University studying complexity theory and Doctor Spencer Brownfeld, a brilliant professor who was supposedly the victim of a smear campaign that severely hindered his career. Wilson is looking for him to discuss a paper he wrote decades ago about how New York City just seems to pick itself up after disaster in such a rapid response but other places don’t comparing 9/11 recovery to Hurricane Katrina New Orleans. Now, I’m not versed in complexity theory or chaos theory or the ins and outs of the recovery systems in place for disasters. I’m just some dude that reviews comics and I’m pretty sure math is not this all-powerful wizardry or the insinuation that Brownfeld has been protecting NYC by subtly manipulating systems may not be exactly sound.

If it seems like I’m getting away from the characters is because, in this introduction we barely get to know them. A lot of Wilson’s scenes are to help establish the premise and while I did love watching Brownfeld unleashing a rat in a restaurant in a kind of darkly hilarious way, the idea of the “old professor that no one in the field respects but is actually right” feels kind of cliche. Perhaps in the original graphic novel format we get to know more about them quicker, but one doesn’t have a lot to go on from this first issue.

That being said, I really did dig Greg Scott and colorists Art Lyon/Matthew Patz artwork on this. There’s definitely a grittiness to it that reminded me of the Maleev/Hollingsworth duo. There’s also an effective use of shadowing to help sell the modern noir with a possible sci-fi bend to it (that bend being when someone is mentally drawing out a system for navigating a busy hallway). There is also a tendency for combining photorealistic backgrounds with characters, not unlike what Khari Evans was doing in the last arc of “Imperium”. Unlike the last issue, the juxtaposition is much more smooth here. Doesn’t look like characters standing in front of a green screen.

This issue comes with a brand new story not included in the original graphic novel, part one of “Antithesis” with Soule writing and with artist Soo Lee and colorist Felipe Sobreiro taking over. It’s a small companion piece taking place in the early eighties following a young Brownfeld and another character Bill Carter (who I believe will grow up into the mayor of NYC, as depicted in the main story? It’s left unclear for now). It’s a very short piece, setting things up -not unlike the main story- but the angular depiction Lee uses is really good and she does a kickass job with character expression. If anything it’s a nice showcase for her and Sobreiro and would love to see more of their work together.

One last thing: I really dig the logo design. Captures that kind of art deco style real nice. Credits list Scott Newman as “designer”, so if it was his work: Well Done!

I guess the big question I’ve been dancing around is: Do I reccomend this issue? Ummm… maybe? Okay, look, if there is anything this absolute crap week in comics has taught us, between “Rebirth” and “Captain ‘I was Totally a Nazi This Whole Time No Matter How Much That Doesn’t Make Any Sense’”, it is totally valid to judge a book by it’s first issue! That being said… Soule’s always been a writer -for me- that I can’t fully judge him on the first issue. “Swamp Thing” and “Inhumans” both took an issue or three to find a full groove but when they were firing they were really firing. Feel like it’s going to be like that with this too.