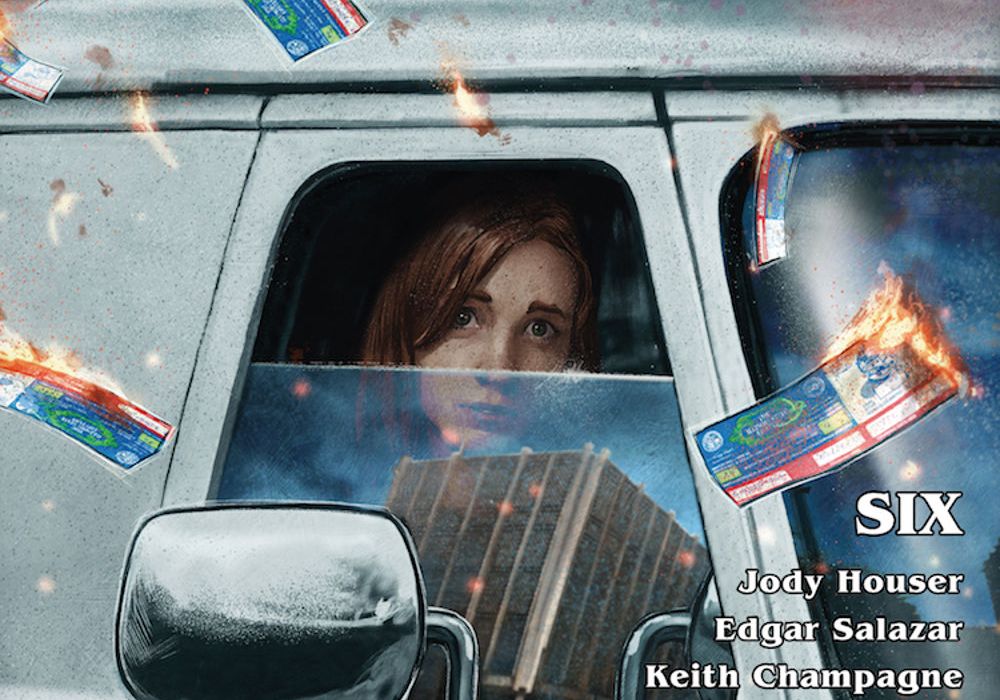 It’s 1978 and a psychic teenager known as Six is being held at the Hawkins Laboratory. Dr. Brenner and some of the other test subjects claim that life is better for her there than being out in the real world, but Six is beginning to have her doubts. Featuring all new characters and adventure, the first prequel story in the Stranger Things universe is upon us. Some Spoilers Ahead! 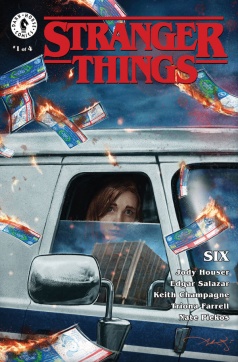 Francine has a power she can not control. She has visions of things before they happen and can sense future outcomes giving her an unclear understanding of exactly how her power works. Taken in by the Hawkins Laboratory and Dr. Brenner, she is given the subject name of Six and is constantly tested to see just how far her power goes.

Most of this premiere issue is set in 1978, approximately five years prior to the events of the t.v. series and we get more of a sense of the day to day life for the subjects in the lab than we ever did with Eleven’s flashbacks. As Dr. Brenner tests Six in various ways he becomes increasingly frustrated with the results and is unsure if her power is simply not as strong as he hoped or if she is toying with him out of boredom or spite. These moments, paired with the scenes of everyday life have a kinship to films like Firestarter. The sterile look of the facility keeps things unsettling throughout the entire issue.

Aside from the current events we are shown key points in Six’s life prior to ending up under the watchful eye of Brenner. Jumping back to 1970 she stops a deadly car accident when she and her mother are in the car. From this point on, the story jumps through a few years at a time showing Six’s life, mostly focusing on her parents asking her to “see” winning lottery numbers and take care of them with the use of her power.

After her family moves into a new neighborhood after winning a lottery drawing, Six’s mother asks her to try again, although their previous winnings allowed them to buy a new house outright and live comfortably. Feeling overwhelmed by the constant begging, especially from her father, an angry man with a possible drinking problem, she bolts from the house to hang out with Ricky, the boy next door. All of this back story is interwoven with what is happening in the lab. Where we learn that Ricky is not only a test subject, labeled as Three, but he was always part of the experiment, knew Six was a prime candidate, and believes wholeheartedly that she is living a better life in the lab than she ever would with her deadbeat parents.

With as much story as we get in this first issue, this mystery is just beginning. Jody Houser has stood up to the challenge of creating a new and interesting story set in a beloved universe using only one known (and unlikable) character, and truly focusing on all new ones. She writes this story at a breakneck speed and it is completely engaging from page one. Typically when a comic like this moves so quickly through multiple years and settings to fill in backstory it feels rushed and adds to that feeling of it being unnecessary. Thankfully Houser’s skill has made this unnecessary prequel something fans will want to read and stick with. The dialogue is clear and fits right into this world and it holds just the right amount of melodrama with pushing the reader to roll their eyes.

Edgar Salazar does a some really nice work with the art in this comic. His style is nicely detailed and helps flesh out the world of “Stranger Things.” With the amount of freedom he had for character designs, I do wish he could have worked more on Brenner’s likeness, especially since he only appears in a few panels. The only reason readers know its him is because he’s called by name and has that shocking white hair. But that’s just me being nit-picky. The entire issue does capture a feeling of a film from the 1970s. Everything from the hairstyles to the clothing, it all feels period appropriate. Marissa Louise’s colors bring out the full look of a 70s flashback. It does allow it to stand apart from the show which is nice. There is a nice distinction between Louise’s palatte in this comic and the filters used for the t.v. series. These styles keep each firmly cemented in their own decades.

The story pace and solid artwork make for a really great start to this Stranger Things prequel. It takes an excellent creative team to take a t.v. or film franchise and properly translate it to comics in a way that is faithful to the source material and respects the fans’s intelligence and the amount of time and energy they put into the things they love. Hopefully the rest of the series keeps the same quality as this first issue because this was an incredibly refreshing read. It is shocking that this introduction was not only good, but will pull you in and not let go until you have reached the final page.

Final Verdict: 8.5, A well told story that finally gives fans a proper expansion of the Hawkins, Indiana based sci-fi adventure.