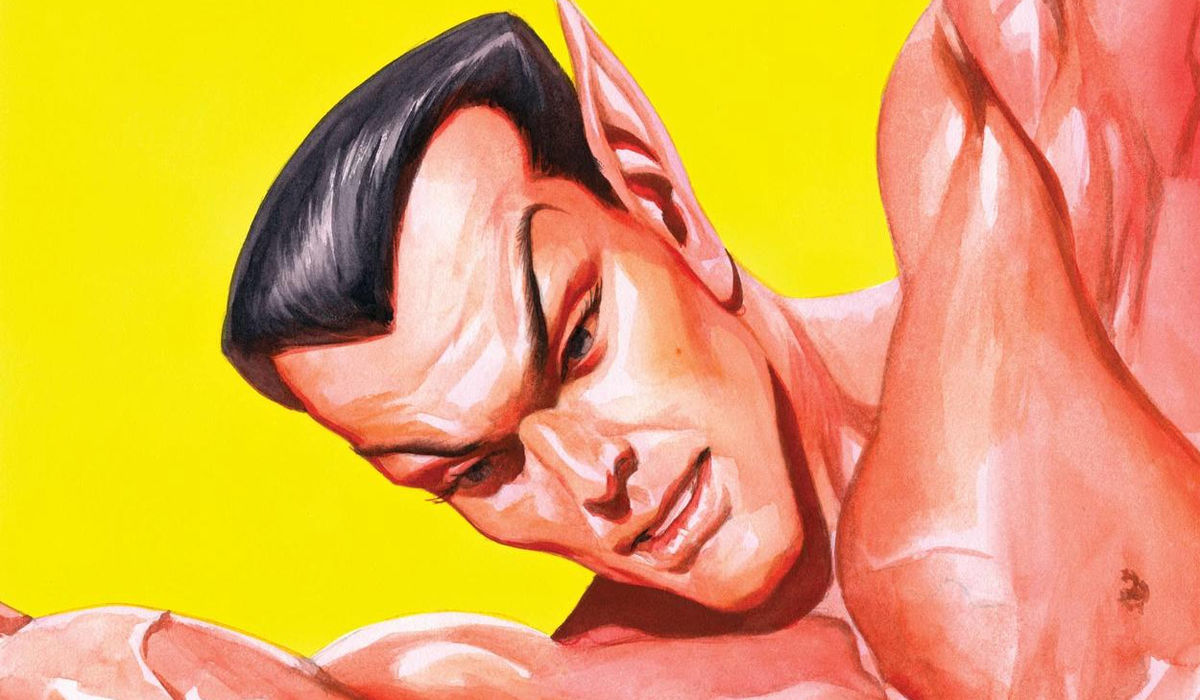 Namor the Sub-Mariner is a Marvel hero rich with history. Namor has had relationships with teams across the Marvel Universe and has been both a villain and hero at select points in history. Creative talent across Marvel has always flocked to the character thanks to his nuanced personality. Namor is rife with conflict and has always had a hard time conforming with his peers. Writer Alan Brennert is contributing to the script on “Sub-Mariner: Marvels Snapshot” #1 with veteran artist Jerry Ordway drawing for the issue. The Snapshot one-shot issues explore key Marvel heroes through the eyes of everyday characters in The Marvel Universe. Instead of showing Namor be mean to his fellow superheroes this week we have the joy of seeing Namor crush the dreams of every day Marvel Universe supporting cast member Betty Dean. 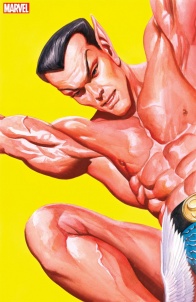 It begins here — a series of specials that show us Marvel’s greatest characters from the Golden Age to today, all through the eyes of ordinary people! Project curator Kurt Busiek (Marvels, Astro City) has brought together an amazing assemblage of talent to bring you a total of eight new and unusual viewpoints on Marvel history and Marvel heroes, two per month for the next four months. To kick it all off, best-selling novelist and Emmy Award-winning TV writer Alan Brennert (L.A. LAW, TWILIGHT ZONE) and superstar artist Jerry Ordway (All-Star Squadron, Crisis on Infinite Earths) to tell a story of Marvel’s debut superstar: Prince Namor, the Sub-Mariner. It’s 1946, and the boys are back from World War II. But they haven’t left the battlefields behind, as reporter Betty Dean discovers when she and Namor reunite for an outing at Palisades Park, only to find themselves under attack. Also featuring the All-Winners Squad. A dramatic, unexpected and revealing tour through the Marvel Universe by a cornucopia of amazing creators.

Marvel Universe reporter Betty Dean was warned that Namor the Sub-Mariner can be a jerk at times. However, this issue illustrates their strained relationship with quite a bit of nuance. Dean goes out of her way to be nice to Namor who returns some of those warm feelings. Namor has a hard time staying consistently kind-hearted and gentle through an entire scene. There’s one particularly strong moment where Betty is walking through a theme park with Namor hoping that Namor won’t fly off the handle and that no supervillains will interrupt their date. The sequence goes horribly, horribly wrong but seeing Betty react to Namor is fascinating and emotional. Alan Brennert’s script is honest and heartwrenching. Seeing everyday characters react to the absentee superhero is surprisingly effective. I’m curious to see if this plotting technique is going to wear thin as the Snapshot one-shot titles continue.

Artist Jerry Ordway’s work in the issue is staggering. Ordway is a veteran of the medium of comics and the clean linework in the interiors is a perfect illustration of his reputation. The one-shot takes place in the 1940s indicating that the issue is a period piece. Ordway adjusts his art to accommodate the needs of the issue calling for a beautiful yellowed paper in the background of the page. Ordway strikes an interesting balance between past and present with a thin line that captures really expressive figures. Betty Dean wears her emotions on her face during tense interactions. Ordway does not have a problem drawing scenes with intimate character beats instead of bold comic book fisticuffs. When the supervillains in the issue spring forth and Namor bounces into action Ordway’s pencils also look fantastic.

“Sub-Mariner: Marvels Snapshot” #1 is incredibly nuanced and detailed in terms of both visuals and script. Ordway’s illustrations of the All-Winners Squad are as solid as the characterization from Alan Brennert’s script. Brennert inserts a couple of period-centric details and facts from the time period. Both creators have a long history with Marvel and comic books that help make this issue feel particularly authentic. The Verrill Shark battle is completely nonsensical and goes to a place that is shocking but appropriate given the time frame. There’s also an incredibly impressive page where the Whizzer uses his superpowers to save people stranded on a rollercoaster. It’s also intriguing to see Namor get in fights with people as virtuous as Whizzer or Captain America.

If you are a fan of Marvel history or interested in the background of Namor “Sub-Mariner: Marvels Snapshot” #1 will provide the context surrounding the hero that will deepen your understanding of the character. I was incredibly happy to see the issue dive deep into the relationship between Betty Dean and Namor. Also, the backdrop of the period setting and addition of the All-Winner Squad is thrilling. Marvel rarely shows this level of commitment to the Namor character. The version of the hero seen in current continuity is incredibly different from the original take on Namor. I hope that Marvel creators will take note of Namor’s background and personality quirks that will serve to inform future comic books starring the hero.

For readers who have a hard time connecting with the past, this is a great entry point towards an extremely important Marvel mainstay. Writer Alan Brennert and artist Jerry Ordway show an adept understanding of Namor that makes the work here thrilling. My last point regarding the issue is the clever use of panels from previous events that recontextualize new scenes. Namor’s war flashbacks flesh out the flaws in his character and show how he has a hard time relating to Betty despite the fact that he would like too. The impressive level of subtext from “Sub-Mariner: Marvels Snapshot” #1 stayed with me long after closing the back cover of the issue.

Final Verdict: 8.3 – The Namor-focused story of “Sub-Mariner: Marvels Snapshot” #1 carries bold art and solid writing that adds nuance to one of the original Marvel heroes.