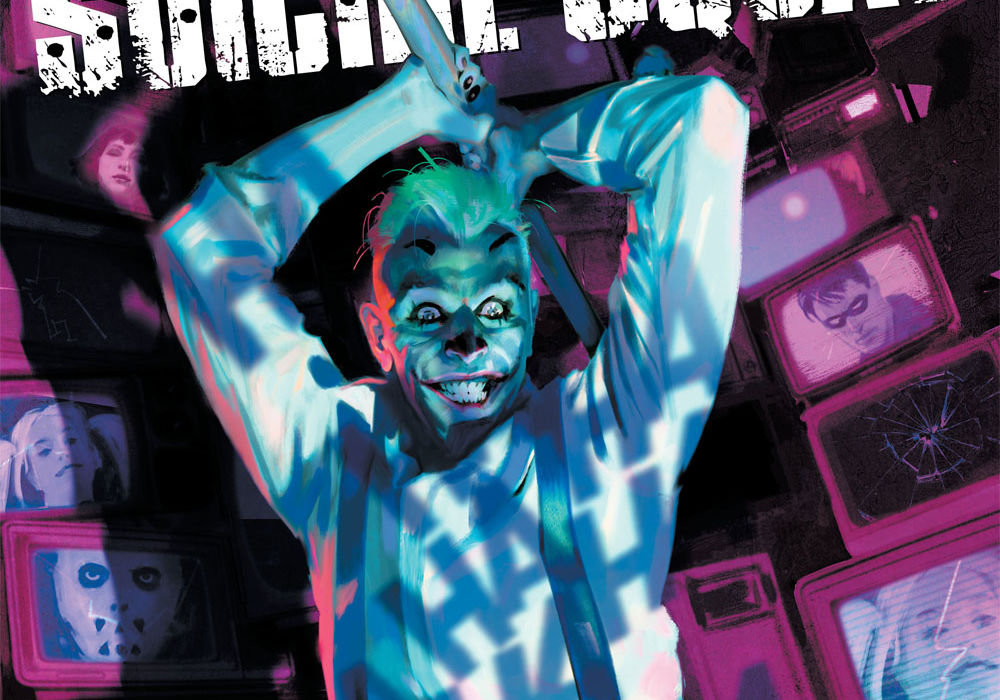 With a Suicide Squad movie in theaters this upcoming week DC is smart to capitalize on the excitement for the film with a new comic book. “Suicide Squad: Get Joker!” #1 is a three-issue title written by Brian Azzarello, a renowned creator of DC Comics that is no stranger to Gotham. Azzarello recently wrote, “The Dark Knight III: The Master Race” with Frank Miller. Alex Maleev came over to DC with Brian Michael Bendis and is another popular creator who has worked on Gotham-adjacent titles like “Event: Leviathan.” The creative team is paired with colorist Matt Hollingsworth whose colors are always incredibly vibrant no matter what he is working on. Does “Suicide Squad: Get Joker!” #1 crumble under the anticipation of the property? Also, will Azzarello and Maleev be able to tell a captivating story with adult themes or do they spin a narrative that uses dark elements as a cliche? 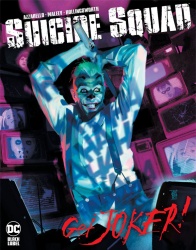 Let’s face it, most writers have a hard time finding a way to flesh out Jason Todd’s inner narrative without resorting to repetitive tropes. Azzarello gives readers an abridged recap on the continuity you need to know within the first couple pages of the title. Azzarello utilizes established DC history to drive the narrative in a different direction. When Azzarello decides to change history, he uses Todd’s past to justify the difference. The actual plot of this first story is the best aspect of “Suicide Squad: Get Joker!” #1. Azzarello never seems to waste pages or have the plot of the issue drag too long. Unfortunately, Azzarello really struggles here in terms of his dialogue.

The story has an incredibly gritty tone. There are so many moments where Todd shoots off a cute one-liner that does not mesh with the tone of the greater story. One dialogue exchange has Todd asking Amanda Waller: “what can he do?” in referring to another supervillain. Waller answers: “he coordinates things.” That exchange isn’t so bad out of context. However, the scene continues with even more cutesy dialogue that does not match with the tone Azzarello is trying to set. The other members of the Squad have ever worse dialogue depending on the panel.

Azzarello’s use of curse words in this story is another low point of the issue. The curses suck the nuance out of the script in the story. When characters use bad language there’s a sense of immersion that is broken in the title. I would have argued that the cliffhanger would have hit even harder without the language utilized on the last page. I find myself wishing that Azzarello was able to tap into some of the subtlety in language from his “Wonder Woman” run in this story. Even though the dialogue can break the immersion depending on the scene, the script sure moves fast. It never really feels like readers are stuck in the same scene for too long. If you find yourself cringing at any point during the issue you will, fortunately, be in the next part of the story very quickly.

Alex Maleev’s art is pitch-perfect for the kind of story Azzarello is trying to write here. Maleev’s Todd looks weathered and tired. The first panel of the issue is one of my favorites in the series. Todd gives an incredibly tortured look through his prison cell while remembering his time as Robin. It’s also nice to consider that Maleev isn’t afraid of scenes with talking heads. The beginning of the issue has to slowly put pieces in place to assemble the new team. Maleev is careful to keep the tension during the slow-paced prison scenes. Maleev does so with fluid artwork draped with tons of shadows of the bars from prison. Maleev uses shadows throughout the book to get the maximum amount of noir elements no matter what scene the team is in.

My favorite parts of this comic art-wise are the action moments where Maleev tries something new. A fight sequence just before the end finds Maleev leaning into horror. Maleev’s talents really seemed to stretch towards something interesting thanks to the creepy faces and dynamic action scenes. My favorite page of the story has to be the last scene that puts Maleev’s art to the forefront without a panel background. Maleev has to start getting rid of the traditional panel borders to tell the most interesting story possible.

“Suicide Squad: Get Joker!” #1 is a fine comic book. Newer readers to the “Suicide Squad” will likely really enjoy the comic book series. Those who are interested in the best comics featuring this property should check out the ongoing “Suicide Squad” series. Maleev and Azzarello both need to challenge themselves more to find the most intriguing parts of this narrative. Maleev should take more chances and get rid of the harsh borders confining the work. Azzarello needs to strike a stronger balance in tone to avoid making these mistakes in future stories.

Final Verdict: 6.0 – “Suicide Squad: Get Joker!” #1 is a surface-level story that may intrigue new readers but not seasoned fans of the property.