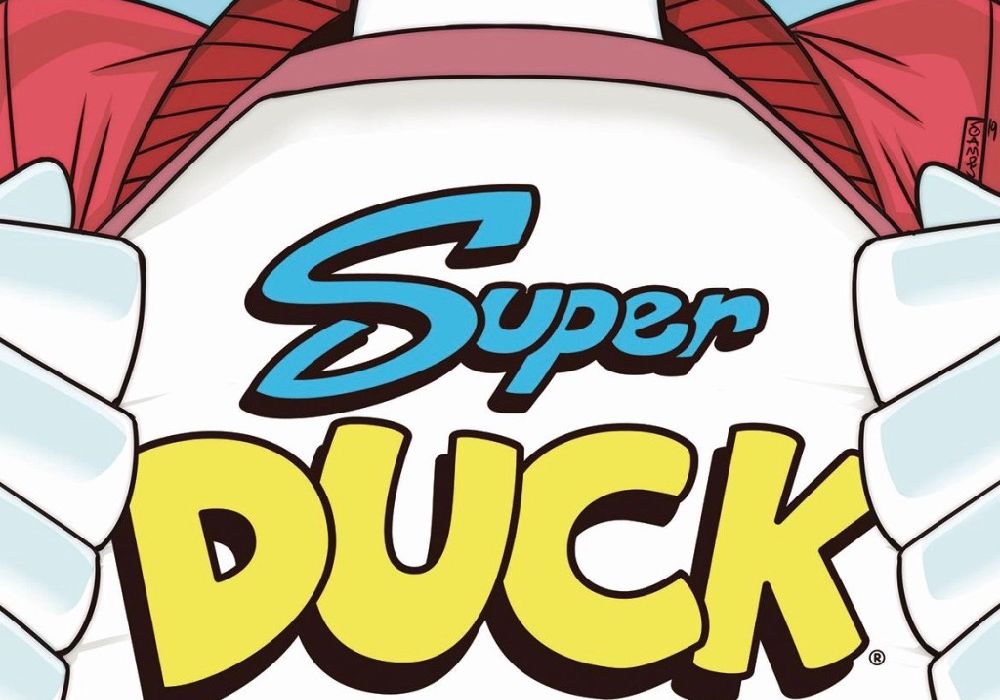 In a flock of cartoon ducks that already features Donald, Daffy, Howard, and Darkwing – not to mention Scrooge McDuck and his nephews Huey, Dewey and Louie – “Super Duck” #1 doesn’t do a whole lot to distinguish itself from the rest. (Warning: may contain minor spoilers.) 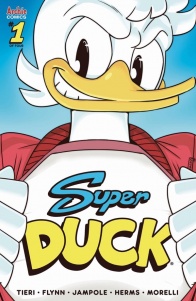 BRAND NEW SERIES! Super Duck is the greatest hero of Ducktropolis. Brash, arrogant and virtually unbeatable, he’s defeated all threats to the city and routinely foils the schemes of his greatest rival, criminal genius and corporate billionaire Dapper Duck. But now, three years later, Super Duck has fallen on hard times. Down on his luck and with his superheroing days a distant memory, he is reduced to appearing at comic conventions for measly appearance fees. So when he’s approached by a rival of Dapper to be his personal bodyguard/accompany him on his many adventures, Supe has to decide if he’s ready to don his cape once more in this series for mature readers!

I don’t consider myself to be an Archie Comics fanatic, much less an expert, but I do tend to pay attention to the ever-expanding Archieverse a bit more consistently than I do other such lines. Over the years I’ve read some great individual books, a handful notable runs and some clever, creative mashups. Over the past 3-5 years there have also been several intriguing reboots, quirky crossovers and thematic miniseries that take place outside of the core continuity. Needless to say, along the way, there have been occasional clunkers and books we should just forget. I think it goes with the territory. When you push the envelope, experiment and have fun, not everything you do will be a creative success. Sometimes, you just miss the mark.

In trying to assess “Super Duck” #1, however, I’m not sure if it missed the mark or simply hit an ill-advised target. One of the biggest problems is the book’s rather baffling, somewhat arbitrary Mature Readers Only rating. First off, I have to assume, that self-imposed designation likely stems from the words ass, damn and crap; the phrase “you were kind of a dick;” a pretty tame portrayal of bondage; and maybe the cavalier annihilation of some petty TV thieves…?

Don’t get me wrong, I’m not opposed to publishers voluntarily signaling readers about potentially objectionable content. Nor did I pick up the book specifically looking for edgy, “adult themes and subject matter, but the previous list of offences seems pretty tepid, either way. Parental guidance, no problem, but “Mature” seems like a bit of a stretch.

In any case, from a purely functional standpoint, none of those words and phrases or depictions of R-rated content even add much to the story. They’re completely superfluous. As a result, the word MATURE seems like a smokescreen, designed to generate buzz and controversy where it doesn’t exist. In fact, writers Frank Tieri and Ian Flynn often deliver better quips and stronger punchlines when the simply forgo PG-13 hijinks altogether.

On the second page, for example, Super Duck chastises his arch nemesis by asking, “Why can’t you have normal billionaire hobbies, Dapper? Like collecting yachts or buying politicians?” Later, Super Duck catalogues Dapper’s increasingly heinous acts, from charging little old ladies to help them across the street and selling orphans, to wearing white after Labor Day. Those are jokes meant for grown-ups who understand irony and pointed sarcasm, but there’s nothing crude or profane, and there doesn’t need to be.

Visually, Ryan Jampole’s inks, Matt Herms’s colors and Jack Morelli’s letters are more than serviceable. The splash page right off the bat, for example, looks pretty damn perfect. As does the final page with it’s big, gaudy, in your face meta title card, reminding readers that this can’t possibly be the end of the story, since there are still three issues to go.

Morelli’s work, in particular, seems to capture the flavor and personality of the piece. Jampole’s character designs are also strong, though a bit predictable. Herms’s palette is bright and reasonably dynamic, without feeling too cartoony or trapped in primary colors. It’s also super cool to see all the creators go in a totally different direction in the quick-as-lightning 4-page backup story. The look is whimsical and convincingly retro, making a strong case to up the page count in future issues.

Honestly, I’d never heard of Super Duck until 10 days ago when I stumbled across the solicit. Ultimately, that’s the biggest problem. The story just doesn’t deliver. Maybe the next three issues will give us what we’ve been promised, but so far all we’ve got is a long introduction leading up to the point where the real story actually starts.

Final Verdict: 6.5 With a superfluous rating of M for Mature and a simplistic storyline, “Super Duck” #1 Doesn’t get off the ground.