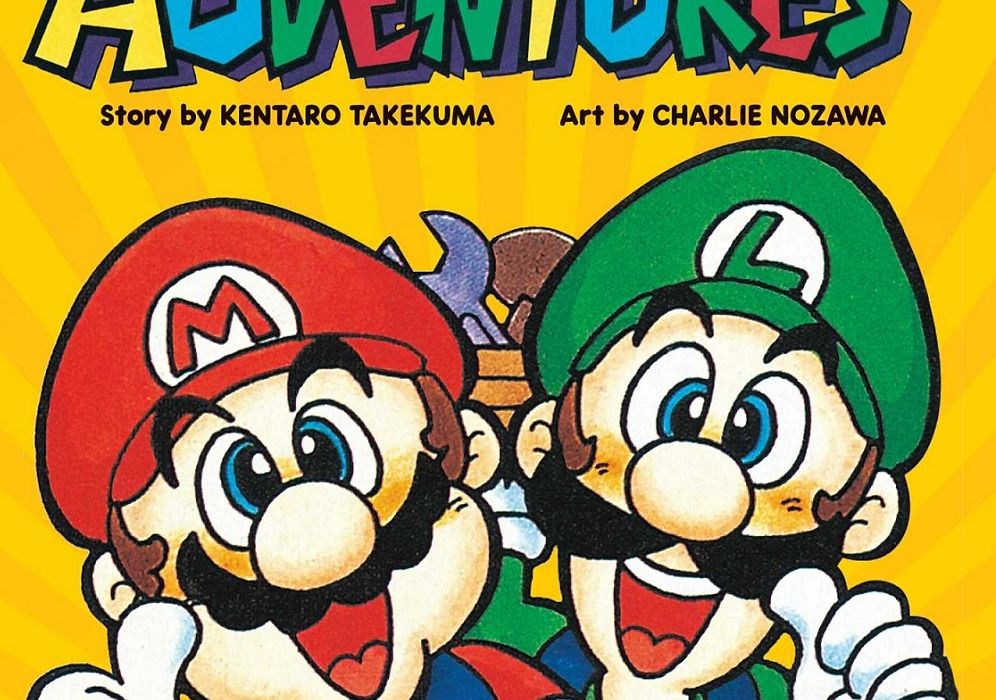 When a video game gets adapted into comic form, the genre and mechanics of the game often present unique challenges compared to comic adaptations of movies or television. Games with linear and fleshed-out storylines might be relatively easy to adapt, but in the case of many games, their charm lies somewhere else than the plot. Super Mario definitely falls into the latter category. When stripped of its iconic gameplay and the sense of reward it gives, what is left of the main Super Mario line of platformers is a very repetitive story with quite shallow and downright illogical lore. This has not stopped various creators from adapting the games into spin-off RPGs, live action, animated shows and comics, some of which have tried to add more world building and backstory than others. The 12-part ”Super Mario Adventures” comic seemingly maintains the classic princess-in-peril plot, but instead of trying to explain anything, it fills in the blanks with some delightfully absurd twists. 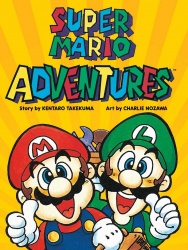 Cover by Charlie Nozawa
Written by Kentaro Takekuma
Art by Charlie Nozawa
Translation by Leslie Swan
Super Mario Adventures, inspired by the best-selling Super Mario video game franchise, is a collection of comics that originally ran in Nintendo Power Magazine.
The peril-plagued Princess Toadstool is kidnapped by the diabolical deadbeat Bowser, but super plumbers Mario and Luigi hatch a plan with their new friend Yoshi to rescue her.

The zany atmosphere of the plot penned by Kentaro Takekuma is established right in the beginning, when the story starts off with a musical number from Mario and Luigi. In a refreshing twist, a furious Princess Toadstool starts to pursue Bowser instead of being kidnapped straight away. After that, the Princess and Mario get kidnapped in turns and a rescue mission full of weird turns takes place. A part of the cast is a random travelling salesman whose presence not explained in any way, despite “regular humans” being quite a rare sight in the Mushroom Kingdom. The story feels like it’s being told by children who are playing and making it up as they go, and this is furthered by the comic’s episodic structure relying on cliff hangers.

In the video games these characters rarely stand still for a second, and this is translated into the comic in a great way. Charlie Nozawa’s artwork is lively, at the same time simplistic and bombastic. The colours are just as bright as in the original games but often less harmonious. The sound effects are also massive and numerous. At first Mario and Luigi’s proportions look a little off-putting with their huge heads, but this is actually quite a logical exaggeration of the art style of the games. There are many other effects common for humorous manga used, such as extreme facial expressions. A lot of elements are taken from Super Mario World, such as the yellow cape powerup and Yoshi.

The art style can be very appealing to young readers, along with the high pace of events and slapstick. It can also be a bit of an exhausting read if you’re not in the right mindset, because the characters are yelling all the time. The drawings have a lot of variation in angles and image sizes which adds to the very animated style well. The page layouts are quite asymmetric too, and all of this together gives the comic a bit of a restless feeling.

Considering that Mario characters aren’t exactly known for their complex personalities, it’s surprising that the dialogue and characterization in “Super Mario Adventures” is a little bit off. It’s nice to see Princess Toadstool as a formidable action hero, even though in the end she reverts to being the one saved again. The characters speak mixing some weird parody of teenager slang with eloquent synonyms nobody uses. Alliteration seems to be all the rage. Leslie Swan’s translation includes astounding lines such as “Totally tubular, man. Popping pillars of pipe? Preposterous!” Some of the absurdity of the dialogue also stems from the situations the characters end up in. Mario saying “Don’t worry. I’m a licensed psychotherapist.” to a Boo is something you would not expect.

There is a lot of good in the characterization too, such as developing Luigi’s fear of ghosts and Peach’s more fiery side. The art and writing work well together in describing each characters emotions and actions. Surprisingly, Mario isn’t portrayed entirely in a positive light. The ever-capable protagonist might have an egoistic streak. His pride is wounded when the others manage to defeat Bowser without him. In the bonus story, Mario is even shown to be a bully towards Wario without realizing it himself. When confronted about it, Mario sweeps the topic under the rug. To be fair, Wario is far from constructive in his critique, which mainly consists of trying to destroy Mario. The bonus story has a rather redundant ending, since it wasn’t properly continued and thus does not work as well as the main arc.

It could be said that this collection balances on the fine line between being brainlessly annoying and being tons of nostalgic fun. At its best, the expressive artwork and goofy puns of “Super Mario Adventures” are great escapism for readers of all ages who don’t take themselves too seriously. 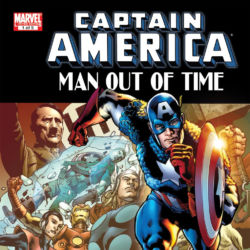