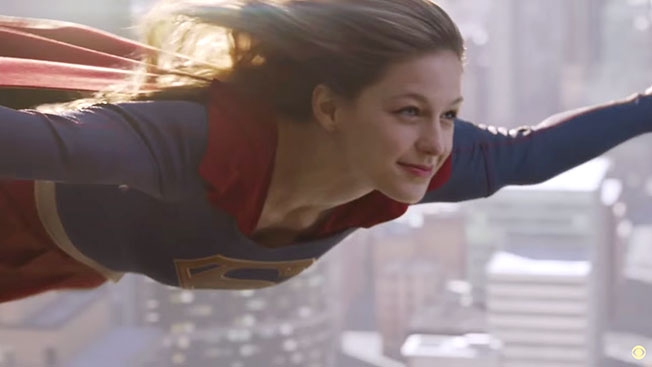 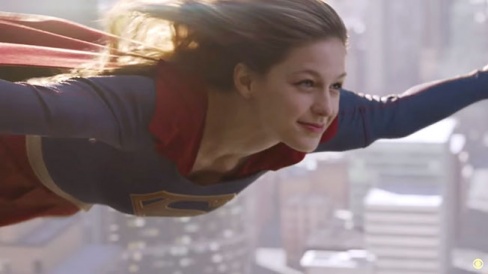 The leaking of the pilots of DC’s TV series is something that is, strangely, becoming more and more common. If you remember, the pilots to The Flash and Constantine both leaked long before they aired on television and were met with rather positive results from those who watched and, likely, that positivity spread as word of mouth to get more people to watch the show. If I were a betting girl, I’d almost say someone is leaking them on purpose just to drum up some up some positivity for the show before it airs. With that in mind, I’m about to tell you why Supergirl is on track to be DC’s next big TV hit.

Don’t worry, though, there are no spoilers below. I wouldn’t do that to you.

The lynchpin of Supergirl and the reason this show is going to work is Melissa Benoist. Underneath the writing that marries every great quality of Superman stories with the coming-of-age tale of a young woman trying to find her place in the world is a actor who embodies that charm and grace and emotion of Supergirl. Benoist is a marvel in this pilot, coming off both incredibly quirky and cute and, dare I say it, adorable in her cover life as Kara Danvers and as strong and proud and, most importantly, compassionate as Supergirl. There’s a wide range of emotions at play in this pilot as we see Kara wrestle with having to live a normal life and feeling like should be doing something more and then struggling with the idea that her new life was more than she bargained for and Benoist nails that range perfectly. 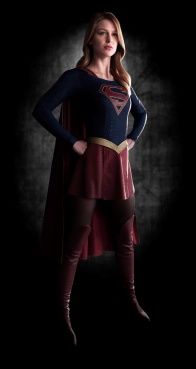 Benoist makes you feel for Kara not because she’s struggling under the weight of her own destiny as saviour of the planet, but because she feels like she has a responsibility to use her strength to help those in need. And while pilot opts to have her outings as Supergirl later in the episode be more focused towards taking on the bad guy (who shall go unnamed because spoilers, but is probably my favourite obscure Superman villain pull I’ve ever seen) than simply saving people, the scene of her catching the plane as seen in the trailer shows Kara as someone who needs to help people no matter what. And you know what’s the best part about that? Kara’s actions are celebrated. Sure, there’s a brief moment of worry about what would happen if the world found out about her, but the existence of Superman in this world means that Supergirl gets to be celebrated as a hero without all the angst of what happens when the world realises there’s aliens walking among them.

That’s really the key to what makes this pilot work: it’s a celebration of the character. It’s bright and charming and loveable, all the characters are the right kind of quirky and upbeat that it feels like this is a love letter to the Silver Age optimism of superheroes more than anything. Coming off the heels of something like The Flash means that Supergirl doesn’t have to preoccupy itself with angst and grit in order to be taken seriously. The drama of the show is driven by real emotions the characters and feels important because it stands in contrast to the optimism of the rest of the show. In a world where everything is dark and dreary, drama has to go so much further to stand out and that’s not the case here.

The only real problems with the pilot are the same problems with every pilot: pacing and budget. This episode does a surprisingly great job of covering Kara’s origins on Krypton fairly quickly without bogging it down with too much detail and gets right to the present, showing how Kara goes on to become Supergirl. However, by the time the villain shows up, most of the episode is already done and that makes their confrontation a little on the short side and the villain’s motivations a little on the vague side. What confrontation we do get is a great display of Kara’s powers and shows her as capable even if she is still learning the ropes, but it does get the short end of the stick because of the time limitation. On the bright side, this show has the best reasoning for its villain of the week status of any TV show I’ve ever seen, so there is that.

With memories of Smallville fresher in my mind than I would have liked, I was a tad worried about how this show would pull off showing Supergirl’s powers. I didn’t have to worry, though, as by and large the effects are done very well for a network TV budget. Sure, Krypton is nowhere near as grand as it was in Man Of Steel… or the Richard Donner movies, for that matter, but the set piece with the plane is a highlight that shows that these series don’t have to sacrifice scope because of budget the way they once did. There is a slight problem with Kara feeling a little too floaty when she’s fighting, but for a network TV pilot? I’d say they did a damn fine job.

Despite the title, it’s not just Kara’s show, of course, and the supporting cast we see all turn in really great roles that flesh out the show. Calista Flockhart’s Cat Grant is venomous and comanding, but provides a sort of driving maternal role for Kara (a theme very prevalent in the episode) while Chyler Leigh brings a lot of compassion as Kara’s sister Alex. The real star, though, is Mechad Brooks as James Olsen. While the decision to revamp the character and lose the Superman’s pal dorkiness was something I was initially wary of, it actually makes sense in the show. Superman’s been around a while and has known James long enough that his confidence in him has rubbed off. Remember, in the comics Superman is often the one insistent on calling him James. With that in mind, his link to Superman allows him to serve as something of a mentor to Kara and Brooks plays that off incredibly well.

All in all, this pilot is exactly what is needed right now. It’s optimistic, it’s hopeful, it’s inspiring. It takes every great quality from every great Superman story and creates a new twist on that narrative by placing it on the shoulders of a young woman unsure of herself and her place in the world despite knowing that she has the ability and responsibility to help people. While Superman is off being a false god to Metropolis and bleeding all over Ben Affleck in the movie, Supergirl is bring the hopeful qualities that he should be embodying to television.

As a great man once said: “It’s not the powers. Not the cape. It’s about standing up for justice. For truth.”

And it seems like that’s a job for Supergirl.