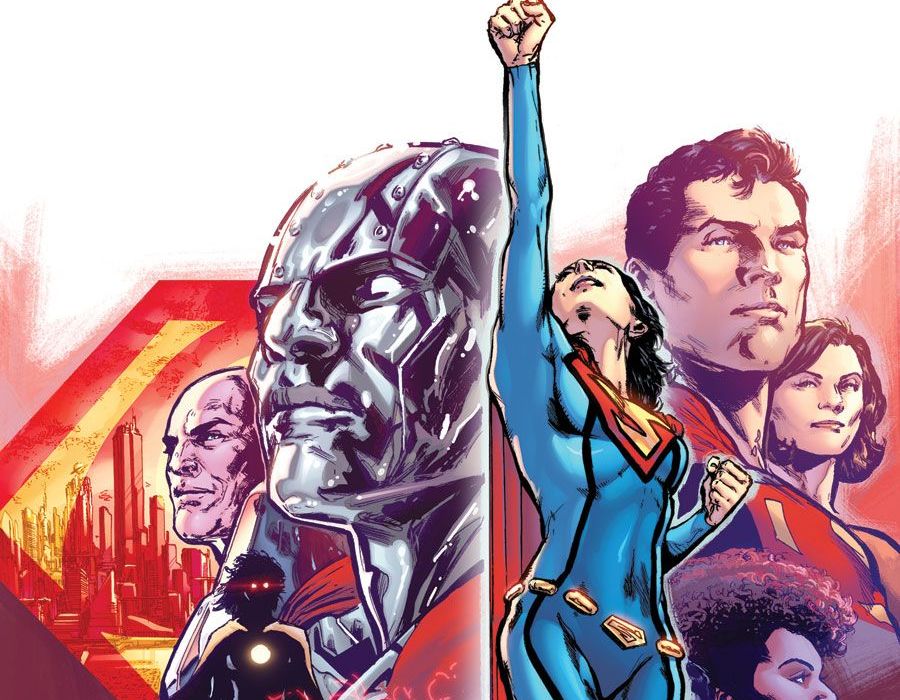 One of the areas that DC decided to really focus on, in light of ‘Rebirth,’ was the Super-family. In many ways, the “Final Days of Superman” that closed out the New 52 set up just about everything in the Super-books since, and the results have been mostly positive. “Superwoman” is, perhaps, the Super book that is most invested in the past 5 years of Super-stories, but transcends it to give the reader something that is familiar – from a number of angles – but also new and exciting.

Keep reading on for our review, but be warned, spoilers for the issue follow. 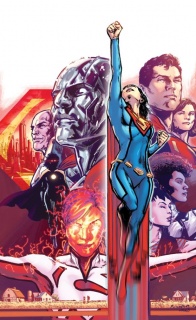 Written and Illustrated by Phil Jimenez

“Who Is Superwoman?” part one! Lois Lane takes flight! Now powered up with the abilities of Superman, Lois pledges to carry on the super-legacy as Superwoman! There’s only one problem: Lois’ new powers are killing her, and neither she nor her friend and confidant Lana Lang know what to do about it. Will Lois even survive long enough to learn the deadly secret of Ultra Woman?

If you read certain corners of the internet comics world, you’ll see a lot of people upset over the final page in this issue. We will get to that in a second, but there is also some ire here about how this book was sold to us as a Lois Lane book and how, at best, it is a Lois Lane/Lana Lang team up comic. While I guess there are people who are such Lois fans that they dislike Lana, that seems a little silly to me. It is especially silly, as Lana has been maybe the one Super-family character in the New 52 to actually have more nuance and depth than her pre-“Flashpoint” incarnation. Her presence in “Action Comics” grounded the (pardon the pun) action, and gave the book some heart and history, two things the Super-books in the New 52 lacked.

But let’s start at the beginning – when New 52 Superman died, he transferred some of his power to both Lois and Lana, granting them each abilities they didn’t have before. It appears that Lois got the more traditional Superman powers, whereas Lana appears to be somewhat similar to the ‘electric blue’ Superman from the 90s, a much maligned storyline that saw Superman’s powers change into something more akin to electricity. Her powers, of transmutating solar power, also brings her close, powers-wise, to Firestorm.

In fact, the Superwomen of Lois and Lana remind me a bit of what happens inside the Firestorm matrix, where each of them has a set of skills that, when used together, become incredibly powerful. Not that Lois by herself, with her Superman-like powers, isn’t a formidable hero, but with Lana, they represent one of the more powerful forces in the DC Universe.

The issue itself jumps back and forth between two different stories – one, of Lois being trained by Lana (as she once helped train Clark), and one of Lois and Lana, along with Lex Luthor, trying to stop a disaster from occurring on Lex’s new battleship. Both of these stories work well at establishing the tone that Phil Jimenez is going for in the series; the training sequence shows these two women coming together in the face of tragedy, and exploring their new status quo together. The other sequence shows just how formidable they can be, even if there are still kinks to work out.

Jimenez’s art is such a joy to behold in this issue; he has designed really effective looks for both characters, with Lois’s S-shield inverting the color of Superman’s with sharper edges and Lana’s look being white and red, but with a more curved S both giving each character their own look that somewhat reflects their background in Superman’s life. Lana’s S is closer to the Golden Age logo, representing Clark at his youngest, and Lois’s having the angular look of the New 52 universe in general. Lois also has a cape, whereas Lana eschews it. This, again, matches the characters well – Lois is paying tribute to Clark by trying to become him, and Lana is making the situation her own.

Lois is drawn incredibly carefree throughout the issue, almost jokingly lifting a tractor over her head, whereas Lana is all precision without wasted movement. Again, Jimenez just gets these characters from jump street – neither feels different than they did a few months ago, but he has imbued them with just enough new features to make them intriguing.

Jimenez was one of the most celebrated and featured artists of the early to mid-00s at DC, perhaps best known for his work on “Infinite Crisis” with Geoff Johns. His work here doesn’t rest on his laurels at all; there’s nothing that looks like a throwback. But his artwork has far more heart it than much of what we’ve seen from the Super-line in the past. Nothing is over-designed or rendered to death; the work breathes and flows. His storytelling is incredibly nuanced – there isn’t unnecessary expository narration, because Jimenez’s pencils do a huge bulk of the storytelling.

His dialogue, at times, seems a tad bit labored but he has a lot to get across in this issue. For the most part, these characters sound natural, and act in ways that line up with who they have been, historically. In this issue, there are a ton of seeds planted: the powers physically harming both Superwomen, the role of Lex Luthor as a reluctant ally, a tease of Steel being a player (who recently was romantically linked with Lana in the pages of “Action Comics” during Greg Pak’s run). And even with all of that, the issue doesn’t feel bogged down in the way that the first few issues of the re-numbered “Action Comics” felt, where it was hard to focus on one story, because there were five others around the periphery. This is clearly about Lana and Lois; everything else is there to support that.

Now, let’s get to the ending and, again major spoilers follow, so turn away if you haven’t read the issue.

So, we meet Ultra Woman, a new villain, in the final pages of the book and she appears to – how can I say this? – suck all of Lois’s life force from her and leave her as merely a husk. Lois appears dead, and the comics internet seems to believe that. Now, call me naive, but haven’t we all seen this a thousand times already? Sure, she could be dead – but she could also be brought back by the end of this arc. No one is ever really dead in comics, right?

I mentioned that some folks are very upset about this – Uncle Rich compiled some of the responses – and I can see why. For better or worse, this series was sold to us as a Lois Lane series. Personally, I loved the Lana reveal, and was legitimately surprised by it, and I find the prospect of a Lana/Lois series infinitely more interesting, but I can understand why people might be upset by the bait and switch. But to be upset at DC for killing Lois at this juncture seems a bit premature. Especially as Jimenez himself said to ‘wait and see.’

Very grateful for the #Superwoman love today. For those concerned about LL, the old cliche holds — it ain't over til it's over! )

But overall, this book delivered exactly what I hoped it would – it left me with burning questions, satisfied the desire to see Lois (and Lana) kicking ass, and looked gorgeous to boot. With Emmanuela Luppacchino joining Jimenez on a ‘two on/two off’ rotation, the book will continue to look great – I just hope that DC gives this book the space it needs to develop and grow into something really special, and not another 6 or 8 issue faux-miniseries. To paraphrase my DC3 partner Vince Ostrowski, I want this series to run at least 50 issues. Check it out, support it with your dollars and, Rao willing, it will.

Final Verdict: 8.5 – Another great series from the Super-house.