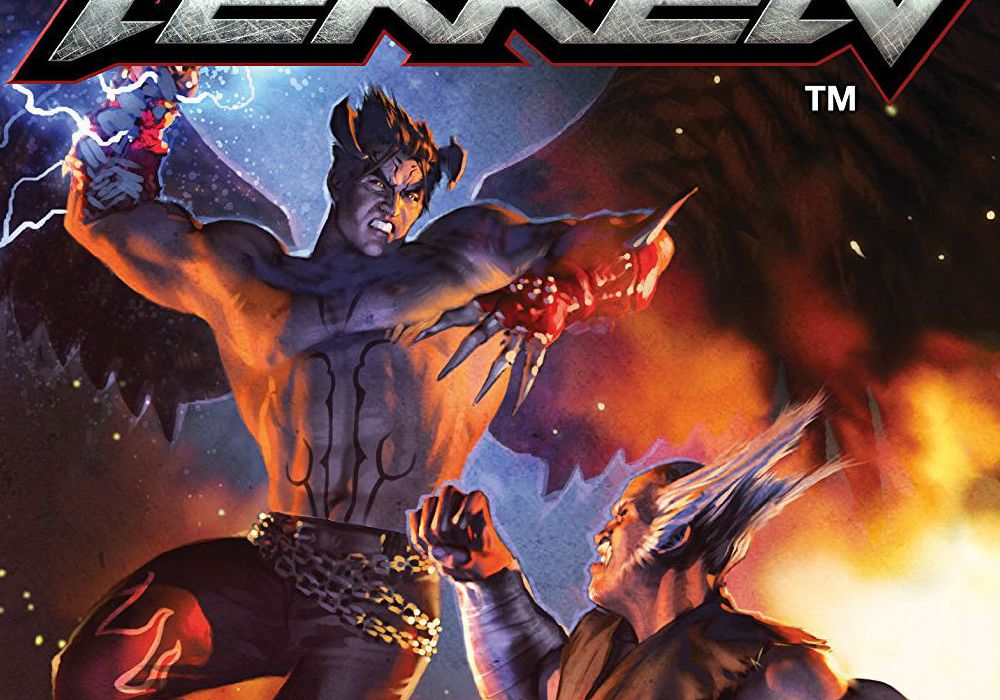 With so many off-the-wall characters bursting with personality, “Tekken” and comics feels like a match made in heaven. With the inner drama of the Mishima family mixing with the humans and anthropomorphic animals of “Tekken,” things get really interesting here. Also, this tale doesn’t start at the beginning of the series and isn’t even framed around a big tournament–this issue picks up several years into the continuity of the actual video game license.

Still, there’s something novel about seeing this huge group of characters make the leap into into comics. There’s a ton of potential to have an interesting comic book with the “Tekken” cast it’s just up to the relatively new creative team to make the most out of the concept. 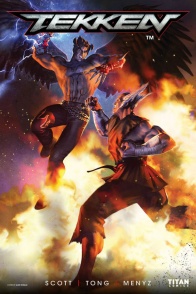 All new comic series based on the iconic fighting game franchise! Written by Cavan Scott (Doctor Who, Vikings) and illustrated by Andie Tong! This sensational new comic series will tap into TEKKEN’s rich history, and will feature memorable characters from the celebrated video game canon including Heihachi Mishima, Yoshimitsu, Nina Williams and Paul Phoenix.

“Tekken” #1 pulls together so many characters and personalities in one single issue that the comic borders on being comprehensible. Comic book plotting has a track record of being overbearing and convoluted. I think it’s safe to say that this issue heads into that territory pretty early on in the comic. When Ling Xiaoyu and her panda (aptly named Panda) are apprehended by a massive group of bodyguards in the streets of Japan. With so many characters introduced right from the start, the issue doesn’t have time to give anyone the attention they deserve. Worse still, there’s a ton of different cast members trying to steal the limelight from each other. I wish Scott had taken the time to hone in on what makes each of these characters interesting before relentlessly mixing them all together. Nina and Yoshimitsu in particular have nothing to do in this debut but twiddle their thumbs and throw a few punches.

There’s a sense of enthusiasm and energy bursting throughout this issue making the comic a joy to read. However, the pencils of Andie Tong are crude. The artist seems to be honing his craft. Certain moments look excellent ala Paul’s character introduction, but there a few pages and panels that look show an artist not developed or seasoned in his craft. The anatomy on the characters is odd and doesn’t live up to the promotional art commissioned for the actual games. Marcio Menyz’s dull color palette might be the worst part about the pencils here. This issue is slathered in a gray sheen that is burned into my memory. Some panels from Tong look excellent and have lots of detail while others are crippled by odd anatomy and strange framing angles.

This issue starts on a very small stage and quickly lays down twist after twist to a fault. As soon as this issue actually settles into a groove, Scott breaks the status quo that could have pulled the entire issue together. These characters are interesting, but there are so many of them on one page that Scott isn’t truly able to boil them down to they’re essential elements but instead he just has a lot of them shoot off a couple cliche lines because more characters will be introduced in just a few more pages. Instead of showing how the cast members initially met, “Tekken” #1 picks up several games in and there’s a ridiculous continuity in this issue making it inaccessible to new readers. I spent several minutes pouring over the recap page before jumping into the actual as a longtime fan of the franchise and this is supposed to a first issue.

The inner workings of the Mishima are by far the biggest reason why this comic is hard to take seriously. The ceo of the huge corporation is thought to be dead but operating in secret at the company and his son is fighting a curse that causes him to act on his satanic urges. If this story was grounded in any sort of reality before spiraling into that weirdness the book would have stood a chance at being good, but with eight “Tekken” characters and no common goal established in this first issue I’m left wondering where there wasn’t a King of Iron Fist Tournament to tie the whole thing together in a much more cohesive manner.

“Tekken” #1 is a mixed bag. Huge fans of the franchise are going to love getting another look at these wacky, off-the-wall characters even though this issue doesn’t have the best handle on their overall personalities. Without the glue of a big tournament, trying to tie these characters together on one page with a plot that makes a lick of sense is next to impossible. This issue has an undeniably great energy and attitude but also feels manufactured and forced. The editorial hand forcing these individual characters to come together or disperse is felt in a huge way.

Final Verdict: 5.0: “Tekken” #1 tries to do to much in one issue and is bogged down by creators still learning their craft.