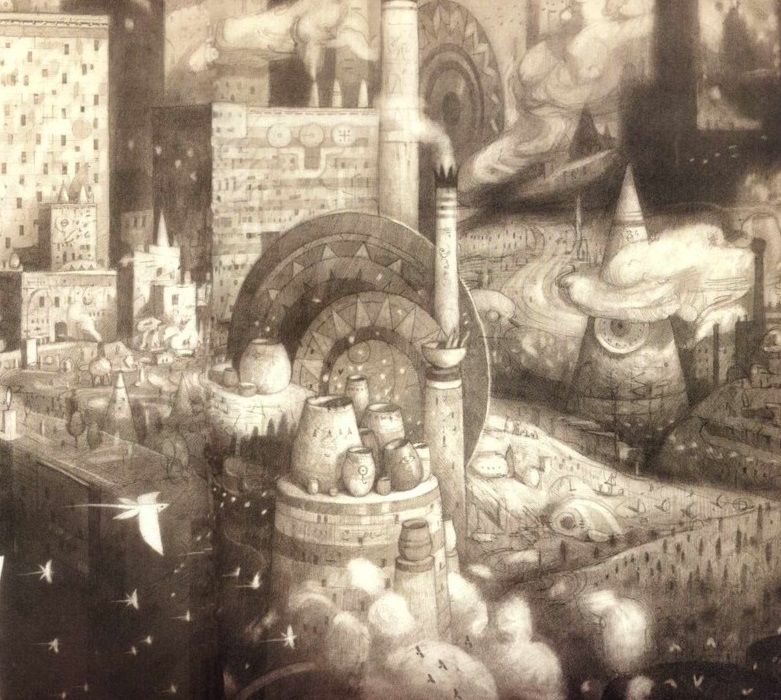 Wordless pieces are a minority in the comics world, inhabiting a niche without calling much attention to themselves. But with a first experience like “Ojingogo”, it was hard to resist the quiet allure of “The Arrival”. Shaun Tan’s tale of a man’s adventures in a fantastical city is lively, heartwarming, and worthy of multiple reads. It’ll also look lovely on your shelf. 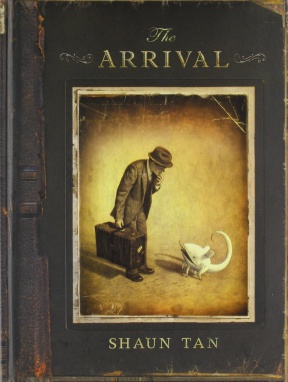 Written and illustrated by Shaun Tan

The Arrival is a migrant story told as a series of wordless images that might seem to come from a long forgotten time. A man leaves his wife and child in an impoverished town, seeking better prospects in an unknown country on the other side of a vast ocean. He eventually finds himself in a bewildering city of foreign customs, peculiar animals, curious floating objects and indecipherable languages. With nothing more than a suitcase and a handful of currency, the immigrant must find a place to live, food to eat and some kind of gainful employment. He is helped along the way by sympathetic strangers, each carrying their own unspoken history: stories of struggle and survival in a world of incomprehensible violence, upheaval and hope.

You can get through “The Arrival” in about 20 minutes, but you won’t necessarily want to. A quick flip through its oversized pages reveals sprawling dreamscape after sprawling dreamscape – a whole universe of sepia-toned pencil drawings that charm and delight and inspire.

So detailed as to be photorealistic – but with a wealth of surreal detail – you don’t need a plot to convince you to pore over every single page. Flying ships, twining thoroughfares, and mysterious molluscs all compete for your attention. But a story there is, told subtly and lucidly, with simple grid layouts and a wealth of splash pages and double-page spreads. These last are the principle pleasure of the book, and if you’re anything like me, you’ll have a hard time keeping them to yourself. 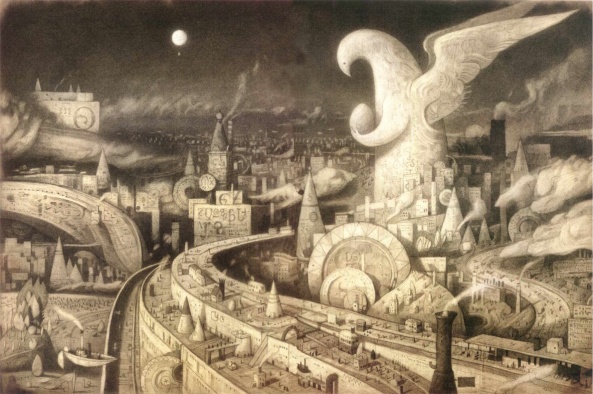 In terms of story, though, there isn’t too much to grasp. A man leaves his home country – a place haunted by shadowy dragons – and travels to a bustling metropolis where everything is strange. He needs to establish a place for himself before his family comes to join him, and as he ekes out a living, there are misunderstandings, revelations, and moments of alienation as well as joy.

The dreaminess of the art makes the outsider’s experience all the easier to relate to, emphasizing the newness of the world he finds himself in, as well as the peril of the one he left. There’s humour and wonder to be found around every corner, but also terrifying stories of others’ struggles. These are personified by cat-like creatures on the one hand, and vacuum-brandishing giants on the other.

The feline creatures are especially fun to follow from page to page, with their geometrical shapes offering an interesting visual counterpoint to our main character. And a dragon-tailed being plays a crucial part in what is likely the most touching moment of the book – one where horror gives way to understanding.

Without specific cultural touchstones, the story feels universal – but that’s not to say fans of Metropolis or The Cabinet of Dr. Caligari won’t feel as home. This said, there’s a luminescence and sense of fun to these whimsical cityscapes that you won’t find in a German expressionist film, not to mention an unambiguously happy ending.

I don’t need to emphasize that this newcomer’s tale is especially relevant today. But beyond the poignancy of its outsider perspective, the broader message – one of cooperation, harmony, and sustaining hope – feels grounded and realistic, imparting just the right amount of sweetness. Nor does it require a lot of work to unpack; the message is simple but solid, and tangible on almost every page of the book.

One asset of wordless comics is that they can be marketed across language barriers. And if there ever was a comic that deserved the widest audience possible, it’s “The Arrival”. In focusing on the everyman who just wants a better life for his family, Tan delivers a story that’s as far from preachy as it is wonderful to look at. It’s a flickering lightbox of a tale, and an immense pleasure to peer into.