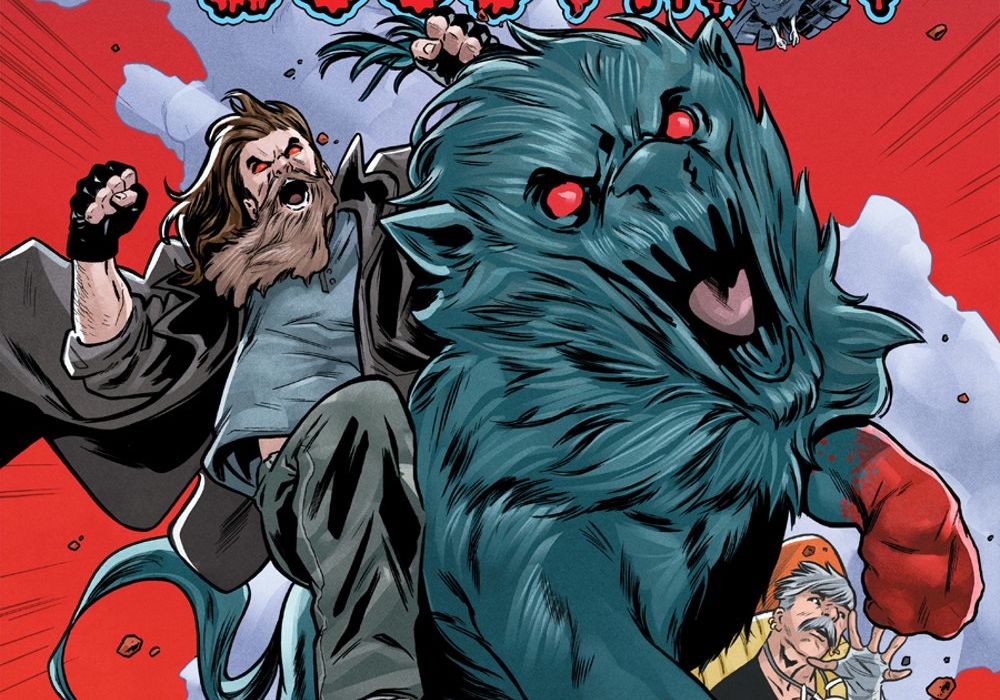 After the grisly murder of his parents at a seemingly unknown assailant, a young boy by the name of Elliott holds the key to who, or what was behind the attack. Some Spoilers Ahead 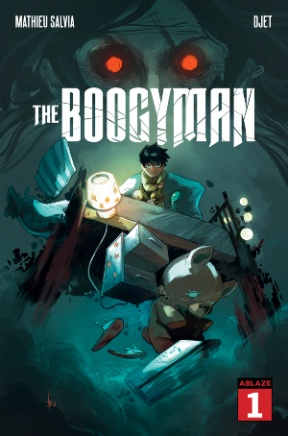 Elliott is a young boy who has recently become obsessed with legends, imaginary friends, monsters, and most notably, The Boogeyman. Believing the famed monster to be living in their basement, along with a fearsome monstrous dog that lives within the walls of the family’s home. While his father doesn’t find it amusing, he does his best to tell the boy there is no such thing as these things. Elliott’s mother finds it quite funny, as she also had an imaginary friend growing up. No matter how much Elliott pleads with his parents they simply, and understandably, don’t believe him. Which is unfortunate for them.

This premiere issue, written by French newcomer Mathieu Salvia, opens as many horror stories involving orphaned children do, being questioned by the police and therapists. It has been done and re-done a hundred times over and makes for a typical, if just barely interesting start to this story. Its over-use as a horror trope does “The Boogeyman” no favors, but is thankfully done away with by the fourth page when the story takes us back to the night that Elliott finally saw the titular monster, along with some other baddies, right as his parents are mercilessly slaughtered. This is where the issue shifts into high gear and never lets up for the rest of the issue. The pace at which it is told, while economical, and honestly allows for interest to remain high, surpasses exactly what Salvia is exactly trying to delve into. Ideas, characters, and world building are thrown around with little care.

As far as building this mythology, there is plenty to be interested in, but the clarity with which it should be told is rarely there. This isn’t about getting all of the answers up front, as that is never fun or compelling, but what we do get is mostly confusing and highly imbalanced. The use of well known boogeyman archetypal details, as well as Salvia’s own spin on the monster and his rules, are where most of the obscurities come. On one hand, this is all a straight-forward use of the boogeyman character within a familiar horror story, but where it deviates into new territory, it loses any real cohesive meaning as new elements are whisked into the mix. There is a lot to admire within both the simplistic and more detailed aspects of this story. This is not a bad comic, nor is a bad start, it is simply trying to do too much while not showing its whole hand all at once. It ends up being a little sloppy, but Salvia has a good framework for what is to come from this premiere.

Another part of the overall tonal imbalance is the implicit need to give us some real horror and explicit violence, only to follow it up with a more cheery – almost silly – kind of fantasy horror story. The idea of the monster under the bed and in the basement, moving Elliott’s belongings around the house is truly creepy. Then, the absolutely nasty death of his mom and dad ‘hits’ really well, but the confusion as to the who and what of incoming characters and details makes the rest of the issue cloudy at best and frustrating at worst. We also aren’t allowed to sit with how horrific that scene was, the story just chugs along and introduces more characters. Not knowing how much runway Salvia has to tell this story is also making some of the plot placement unclear. Does he have to rush to get to certain ideas, or is he just trying to make the entry to the series as full as possible even with a longer on-going series unfolding over months or years? When it comes to fantasy horror, concise is best, allowing for grander plans to unfurl in the future, otherwise you get what “The Boogeyman” #1 almost becomes: ‘plot soup.’

The illustrations and color work by web artist Stephanie Djet (Just going by her last name here) is a fun mix of Pop, Euro-Anime, and creepy Tumbler kid. The work is what makes the comic truly rise above any of its storytelling missteps. Her sense of movement, energy, and mood come together in a very specific style that screams of early 00’s Nickelodeon and Hot Topic vibes. Even when the plot leans more into wonder than scares, her work gives us Gorillaz album art through a Lovecraft filter that keeps the spookery at the forefront rather than letting it fall away in favor of Jim Henson fantasy (Which absolutely rules, but again, tonal imbalance is taking place here).

Overall, this is not a bad comic, it just tends to fall to the middle of the horror comic road, even with some true highlights, like Djet’s gorgeous and absorbing work. Hopefully as thing progress plotting and details will become ironed out and the mix of scares and wonderment will become more complimentary.

Final Verdict: 6.0, A compelling, if not, muddied start to a horror fantasy series that could really take flight once it gets past its growing pains.