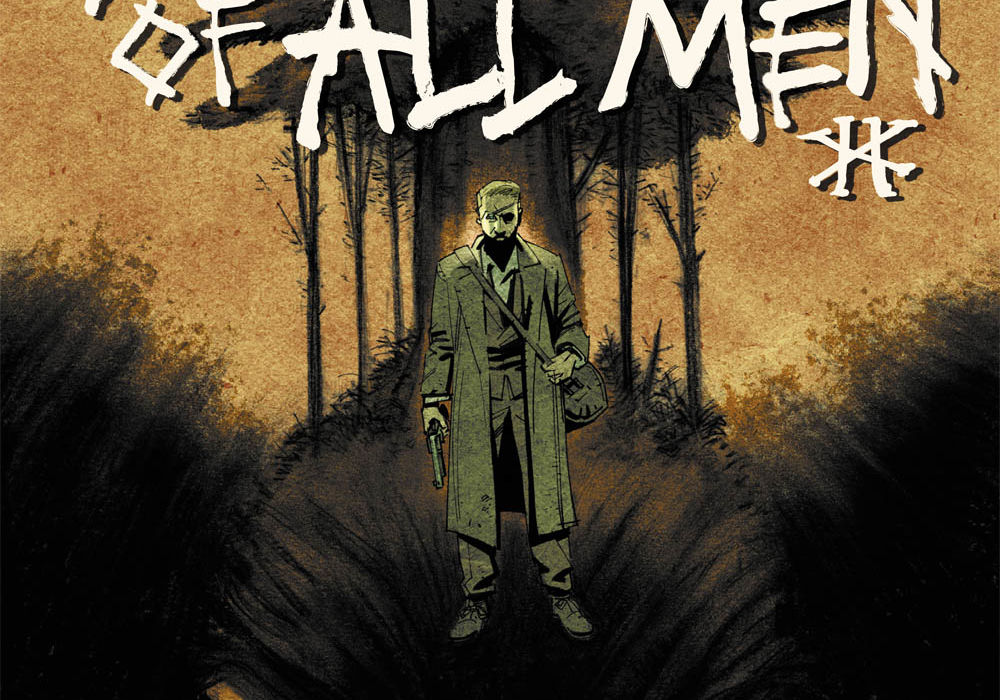 The 1920’s were a very interesting time in world history. The western world was going through a societal ptsd nightmare after the horrors of the First World War, new technology was making people more interconnected and laying the foundation of a massive economic contraction that would cause millions to suffer, women were fighting for a better place in society and more rights outside of the home, and bad actors were finding it very easy to reach and exploit groups of scared and vulnerable people for personal power and financial gain.

Yes, the 1920’s were an incredibly unique time in world history that we will never see again, and Aftershock Comics introduces us to a weird, fascinating, and terrifying journey through post war Canada with “The Brother of All Men” #1 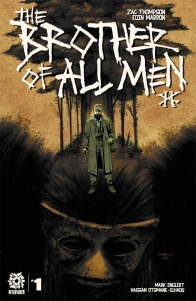 It is 1928. Veteran of the Great War and part-time private eye Guy Horn travels to a remote community in Western Canada to retrieve his estranged brother from the clutches of a dangerous cult. As Guy struggles to gain control of his own personal demons, he’s tantalized by the cause and its charismatic leader, Brother XII.
A tightly plotted horror-mystery based on a true story wherein writer Zac Thompson (I BREATHED A BODY, UNDONE BY BLOOD, Ka-Zar) joins forces with artist Eoin Marron (KILLER GROOVE) for a new miniseries that blends the unexpected twists of hard-boiled detective noir with the uncanny traditions of folk-horror.

It’s one year before the Great Depression is set to hit and Guy Horn is a part time private eye who has spent the better part of two months searching across Canada for a missing girl, who by a strange coincidence seems to have fallen in with his missing brother Bastien. His search has taken him to British Columbia, the final Western frontier of a Canada that is rapidly changing, but is still wild enough to where you want to keep your wits about you and your gun loaded. Guy’s search takes him to an even more remote island in the Pacific Ocean which is the home of a strange and growing cult calling themselves The Aquarian Brotherhood, and while Guy has the military experience to protect himself and complete his mission, the Great War also took half his face and left him with a hole in his heart and soul that he wants to fill. Fortunately for Guy, it looks like the Brotherhood can provide him with the solace he seeks and the answers he needs. Unfortunately, it looks like the cult is a lot more sinister than it appears, and that it will be a major obstacle towards completing his mission.

“The Brother of All Men” #1 is written by established comic scribe Zac Thompson, who does great job of creating a story that blends the kind of hardboiled detective story you might find in a James Ellroy novel with a cult film similar to The Wicker Man or Midsommar. Thompson writes the character of Guy Horn as a man who has seen and suffered through terrible things and is just so tired of it all, but he’s forced to interact with society while on his mission. It’s the kind of emotional baggage that meshes well with the cult’s promise of answers to life’s great questions and the promise of creating an alternate society where you can truly belong. The best thing about the book is how Thompson keeps the tension on a slow burn. Sure, Horn gets into some fist fights and foul language is tossed around, but once the cult enters the picture Thompson keeps things quiet, insidious, and terrifyingly relatable. There’s nothing wrong with the cult at first glance, it just looks like the kind of place for weary souls to start a new life without being shackled to the old one, but when seemingly ordinary people start talking about not needing possessions or money, or how people need to be reborn by burying themselves alive in order to kill their old life, the edges of sanity and reality start to fray and things get very uncomfortable.

If “The Brother of all Men” #1 has a problem, it’s with the layout of the story. Thompson splits the book into three chapters that gives the reader insight into three different characters, but keeps things focused through Guy at the same time. It is an effective narrative device when the book is showing the cult leader and his grand vision for the world, but the first time it happens it can be a bit jarring and confusing. It doesn’t have a tremendous impact on the book, but it feels like it could have been a bit better if the story had just focused on Guy and the reader saw everything from his point of view.

A story like “The Brother of All Men” #1 needs the right atmosphere to be effective, and artist Eoin Marron delivers in spades. The whole book has a gritty feel to it that makes the whole thing feel dirty and rough around the edges. It does a great job of making the book feel like it’s set in the growing frontier of the 1920’s where things aren’t quite developed enough to be civilized, but enough has been built up to see where it’s going. The atmosphere is further enhanced when the story moves to the wilderness, where Marron makes great use of heavy shadows, open space, and strange landmarks to make the cult’s headquarters feel otherworldly and unsettling. But the real highlight is the character design of the cult leader himself, which is a fantastic combination of 20’s clothing mixed with a bizarre primal aesthetic that looks strange and genuinely creepy. It’s the perfect style of art for this kind of story and the absolute highlight of the issue.

“The Brother of All Men” #1 is a genuinely creepy and unsettling cult thriller that understands how to build suspense and dread and how to use great artwork to craft a story that doesn’t deliver too much in the way of blood and gore (yet) but is still terrifying to read.

Final Verdict: 8.7- A genuinely creepy cult thriller set in an interesting time and place with great artwork and solid writing.