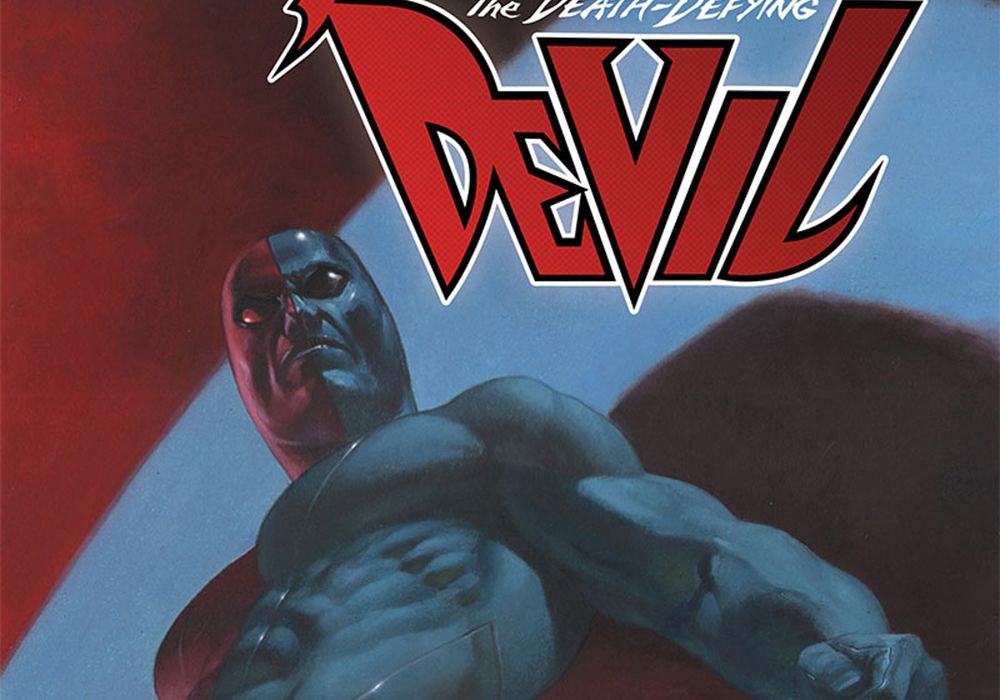 Truth be told, I’ve got no experience with “The Death-Defying Devil”, or as a quick Google revealed, originally the public domain Golden Age hero, Daredevil. Re-pairing up Gail Simone with her “Clean Room” collaborator Walter Geovani to reinvigorate the vigilante for a modern audience, however? That will grab my attention. 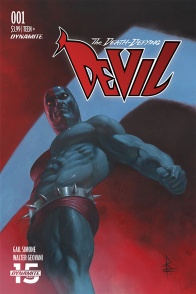 The Winslow House is in shambles, but people call it home. It is a place for people who have almost nothing but are trying to make a life for themselves. It is also in a bad neighborhood, and no one will stop criminals from tormenting the residents…until The Death-Defying ‘Devil shows up! But when the ‘Devil tries to step in and protect the innocent, things take a turn for the worse and he finds himself trapped inside the house, being taken care of by the same people he was trying to save. Gail Simone (Birds of Prey, Wonder Woman) and Walter Geovani (Red Sonja, Clean Room) present the story of The Death-Defying ‘Devil and a group of neighbors who will do what it takes to keep their home, and each other, safe!

Simone does a great job establishing the Devil as a bonafide mystery man, with plenty of hearsay about who he may or may not be to keep things interesting. It seems like on the first page we’re being described the origin by ex-soldier Dave Crouse, however, it turns out to be more of an old tale of influence to our current Devil. Flick back to twelve hours earlier, and we see the Devil silently try to take out a bunch of thugs. It’s the fact that he’s silent that’s most compelling: we don’t know why this man is fighting for these people, or why he’s willing to risk his life for them. At this point in time, he’s a pure street-level hero, fighting for the people with no real reason other than it’s the right thing to do, and having the Devil be silent in doing this makes him so much more interesting. And then Simone has him speak at the end of the issue, and it feels earth-shakingly powerful and earned.

Simone is well-known for handling big character casts in books like “Secret Six”, and this is certainly the case here too. Considering we get almost no dialogue from the Devil, we’re given ample chance for dialogue from the denizens of the Winslow house. Dave Crouse, the ex-soldier, is charmingly self-sufficient and optimistic, winning us over as he engages in a one-sided chat with the Devil whilst interjecting every now and then with “You okay there, partner?”. Roberto and Yolanda, the couple that saves the Devil, are also a great specimen of lovely human beings, with Simone writing Roberto as walking Yolanda home from work even though it’s only a few blocks away, whilst also showing they can be fun as they rib at their living situation later. Adding onto that, Simone makes even the most secondary characters interesting, like the caring but hilariously vain Louisa Thomas who always takes an opportunity to bring up her days as a famous actor. The whole cast feels well fleshed out, and might just be the most engaging part of this book.

Walter Geovani has a real sketchier art style that suits the shambled, humble tone of this book. Character work is really nicely done, starting this off with a good old nine-panel grid of Dave Crouse talking to the Devil. Geovani shows him going through back-and-forths of casual glee and pained reflection, all the while moving him through the sequence as he picks up a video game controller with his one good hand. The sequence of Roberto and Yolanda getting mugged is also well shown, as we see the couple try to nervously go along with the muggers before Roberto goes wildly shocked as they hold Yolanda hostage. Aside from these moments, however, a lot of the facial expression is somewhat binary in its representation. We either get angered scowls, most commonly on the Devil’s beaten-up visage, or we get these cheesy, knowing smiles, that are used in the context of both the muggers and the Winslow House occupants so it’s hard to get a feel for what tone it should be conveying.

Geovani’s sketchier, loose style works well for rendering the more human characters like the people of the Winslow House. Everyone looks a little bit misshapen, like with Dave’s half-shaved mustache and Louisa’s questionably-aged beehive hairstyle, but these design quirks give a lot of depth to these characters. However, this style works less well at drawing more superheroic characters like the Devil. Geovani seems to be uncomfortable with working on a character as well-built as the Devil, as all his movements seem constrained by the fact that his sculpted muscles appear prominently in every scene. The panel where the Devil holds out his hand before throwing his boomerang looks super awkward, and I didn’t get a sense of what was happening until the dialogue explained it. The action is solid, however, as Geovani has a good sense of how these characters move through space, with a great shot of the Devil jumping off a fence and flipping into a punch being the star of the show here.

Adriano Augusto supplies colors, giving the book the feel of a cold, industrial and dimly lit apartment but with a spark of vibrancy that keeps it interesting. I love how this whole washed-out palette really makes the Devil pop from the rest of his surroundings, as it places him well as a mysterious outsider. There’s also some great warmer coloring when we see the Devil surrounded by the Winslow House tenants, giving us a familial feel to the cast’s relationship. However, Augusto uses some dated techniques like the airbrushed shading that makes this book feel like like a carnival painting. This works occasionally on characters like the Devil, who are inherently more carnival-like, but the rest of the book doesn’t match this tone as much.

“The Death-Defying Devil” #1 proves to be a great script with some fun cast exploration and a look a the purer street-level hero. However, the art can feel a little restricting at times, though it does some good sequential and facial work at times. Simone, Geovani, and Augusto all do a really solid job at reinventing a character, and I’m intrigued to see where this goes.

Final Score: 6.9 – A fun reinterpretation of a golden age property, “The Death-Defying Devil” is hampered by its art but still feels promising.