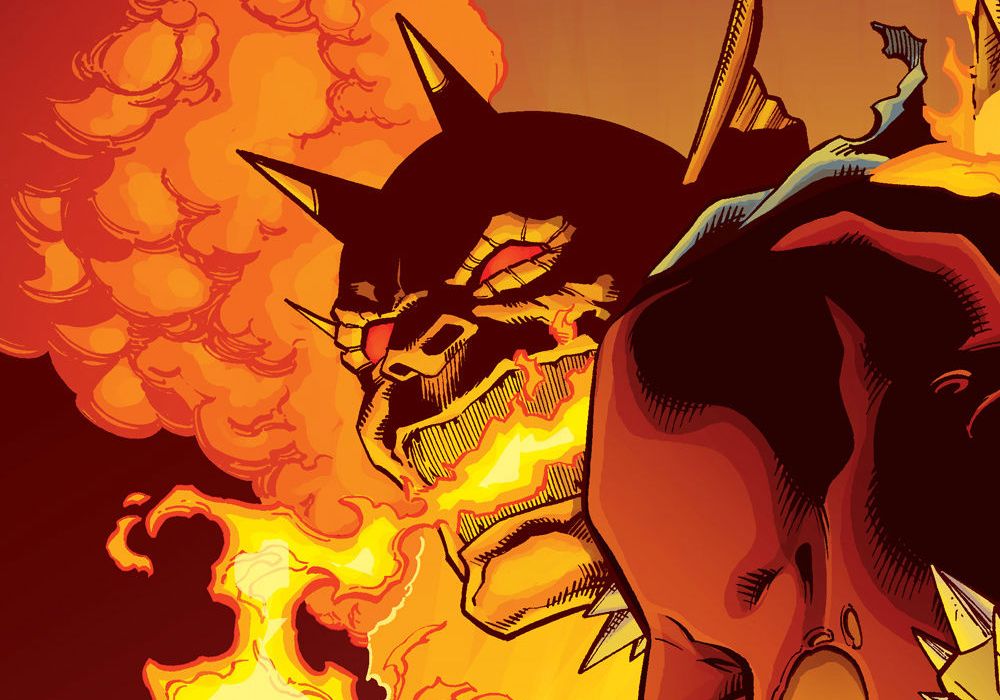 You could argue Brad Walker is one of the strongest artists in DC’s current Rebirth line-up. Giving Walker a fun, off the beaten path type of character like The Demon is a great use of his talent. However, writer Andrew Constant is making his DC debut with the “The Demon: Hell is Earth” #1, a new mini-series starring the titular Jack Kirby creation. Getting a Demon mini-series from a relative comics unknown is a fascinating new way to break through the doors of DC Comics. 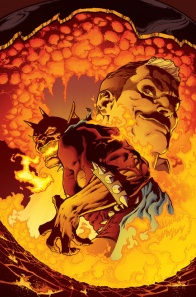 Jason Blood and Etrigan: the best of enemies, destined to spend eternity bound together. When a haunting vision leads Jason to Death Valley, a supernatural weapon is unleashed, radically transforming not only the land but also Blood…and the Demon. The worst, though, is yet to come, as hell begins to make its way into our world.

Much like Two-Face, writer Andrew Constant seems to see Jason Blood and The Demon as two sides of the same coin. These different characters are battling at odds with each other across this issue. Thankfully, Constant seems to have lots of fun juxtaposing the differences between the two characters. Blood is angry and strange personality-wise while The Demon sets the hero off-course and adds a proper sense of fun to this story few other comics contain in all of DC Rebirth.

The pages of the debut get a shot in the arm from the wild, ornate pencils of artist Brad Walker. Walker exaggerates body shape and extra details so beautifully with the figure work. The narrative has a strong otherworldly sense of personality this book wouldn’t have packed otherwise–there’s a great scene early on where The Demon taunts Blood in the mirror with wacky expressions. Walker depicts a strong sense of motion between each panel, the artist tricks your eye into seeing what happened between the different panels of the book. Walker toys with the medium of comics as well as he sets panels against the negative space of the comic to show a rocket blasting off. Visual tricks like these are present throughout the book and his placement of figures and sparse backgrounds makes sure to not fill the page with a sensory overload.

Each character in the story conveys a strong facial expression in almost every panel they are in. There’s something about Walker’s art that is unsettling and getting the chance to see the artist finally explore his pencils in a horror context brings out some of the best work I have ever seen from the creator. There’s a wonderful splash page in the issue as well that takes the symbolism of the material to render a vivid idea executed very well. The sequence towards the end of the story where the writer drops panel borders entirely and follows a linear stream of action is a sight to behold. Constant seems to have paired this story down to give Walker the chance to fully explore just how far Walker will go.

Even with a light plot, this chapter still feels focused enough to catch the attention of a reader in this debut installment. Constant seemingly has a knack for writing strong prose as well. Constant’s focused story and art are a great addition to the plot. The title has a definitive rhythm to how the script is written as well. The typical Demon rhyming scheme would have seemed repetitive over time and I’m glad the creative team here made the choice of setting aspect of the book aside for now.

At the beginning of the issue, Constant teases the idea that The Demon is sort of all-powerful, but the status quo is sort of reversed later on in the issue. The two seem at odds with each other and have to find a way to achieve some sort of common goal as they are both trapped in the same vessel. There are some additional characters introduced to the story that don’t play an integral role in this installment which could all change as the book moves forward.

Moving forward, this title does need to quickly establish a stronger sense of plot and stakes right from the opening pages of the next chapter. However, there’s something about this specific take on the characters that contain clear potential and makes me eagerly anticipate what’s next for this mini-series. With art this polished and refined as Walker’s skill set in the work, this series could have a bright future. There’s something remarkable about seeing Walker deliver his work in the context of horror. With a knack for prose and wild, unchecked energy “The Demon: Hell is Earth” #1 is a welcomed debut from both Constant and Walker.

Final Verdict: 8.0 – “The Demon: Hell is Earth” #1 shows off the horror-infused pencils of Brad Walker and introduces Andrew Constant’s sharp dialogue writing to the DC Universe.