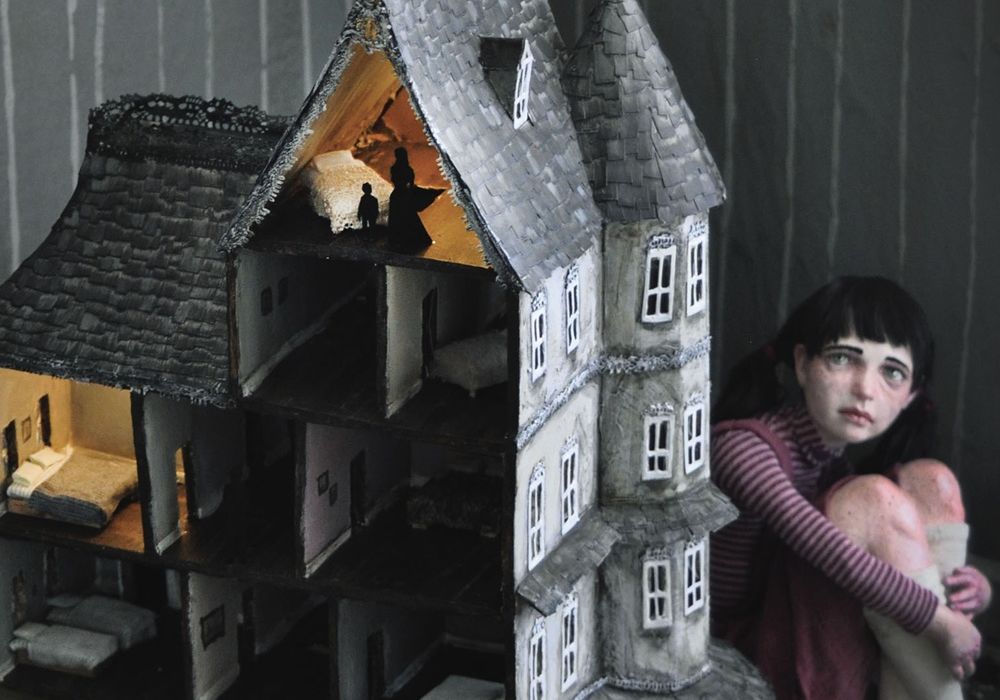 Since it started in September of 2018, the DC Black Label has become the place for big name creators to tell engaging and unique stories set in the DC universe for mature audiences. Granted, the Black Label hasn’t had a whole lot of competition since Vertigo was shut down, but they have a lot of talent and a lot of potential.

While the Black Label has done some interesting things with the superhero genre—including Frank Miller’s unique take on Superman and showing readers everywhere what Batman’s nether regions look like—what’s more intriguing is what the Black Label is doing with non superhero related content. Specifically, the Black Label has partnered with horror comic legend Joe Hill to launch Hill House Comics, an imprint inside the imprint where horror rules and creators can plumb the depths of their depraved imaginations. 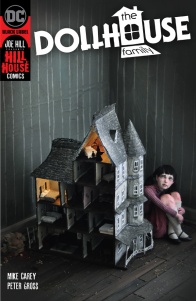 On Alice’s sixth birthday, her dying great-aunt sent her the birthday gift she didn’t know she always wanted: a big, beautiful 19th-century dollhouse, complete with a family of antique dolls. In no time at all, the dollhouse isn’t just Alice’s favorite toy…it’s her whole world. And soon, young Alice learns she can enter the house to visit a new group of friends, straight out of a heartwarming children’s novel: the Dollhouse family. But while the Dollhouse family welcome her with open arms, in the real world, her family life is becoming much more complicated…and deep within the Dollhouse’s twisting halls, the black room waits, with an offer to Alice. The house can fix all this, the black room says. All she has to do is say the words…
Longtime collaborators Mike Carey and Peter Gross (Lucifer, The Unwritten) are joined by Vince Locke (The Sandman), to bring their most horrifying vision yet to Hill House Comics-a story that echoes into centuries past, into Alice’s tormented future, and into the beating heart of the madness that makes up our world…literally.
Plus, in chapter two of the “Sea Dogs” backup story written by Joe Hill, spymaster Benjamin Tallmadge’s monstrous scheme is underway as his coerced crew of bloodthirsty colonial lycanthropes prepare to gut the Royal Navy from within!

Right away, “The Dollhouse Family” #1 makes it very clear that it is a horror story and doubles down on the familiar cliches of the genre. For starters, we have a family that ignores the familiar horror trope of accepting a gift from a mysterious and long dead relative that may have been suffering from a mental breakdown. Secondly, there’s a house cat that the family keeps as a pet that acts frightened and on guard when the dollhouse starts coming to life and the little people inside start talking. Anyone who has seen any sort of horror movie in the past century will recognize these as very clear warning signs that will promptly be ignored by the characters in the story, with predictable results.

As for the specific brand of horror on display in “The Dollhouse Family” #1, it’s a very familiar creeping horror that is most common in the works of Stephen King and Joe Hill. There’s a very present family dynamic that seems pleasant enough at first, but it is eventually revealed that the father figure doesn’t cope with stress very well and that stress manifests itself as violence and abuse. On top of that, there’s a sense that there is something beneath the surface of the family and the dollhouse, something that is much darker, ancient, and incredibly evil that is watching the main characters and waiting for the opportunity to escape.

While Joe Hill didn’t directly write “The Dollhouse Family” #1 himself, the story is left in the capable hands of writer Mike Carey. Carey is a British writer who made a name for himself in comics by writing ‘Lucier’ and ‘Hellblazer’ for Vertigo in the early 2000’s and it shows here. The comic does a great job instilling a sense of creeping dread into the story, despite how normal Alice’s family may appear at first glance and despite how casually Alice treats the fact that the dolls in her new playhouse are able to talk and interact with her. Meanwhile, the parts of the story with Joseph and the strange monster are much more direct and give the comic a great sense of scope and epic scale, and while the comic does have a bit of difficulty making the two disparate stories mesh together, they both help instill a sense that there’s something much bigger, darker, and scarier lurking in the shadows than anyone might dare to imagine. It’s the kind of mature, poetic story telling that helped shape Vertigo in the mid to late 1980’s and does a great job at evoking some of the great British comic book writers of the 1980’s like Peter Milligan, Neil Gaiman, and Alan Moore.

As for the art, illustrators Dan McDaid and Peter Gross seem to be going for a very strange and interesting aesthetic for “The Dollhouse Family” #1. On the surface, the artwork doesn’t look that good. The characters look stiff, the facial expressions look amateurish, and the whole thing looks like it was drawn by someone without a whole lot of experience drawing people, much less comics.

The thing is, the art style works and creates an atmosphere that does a very good job of working with the writing to evoke a very specific aesthetic from a very unique time in comic book history. Specifically, it evokes the thriving alternative and independent comic book scene that rose to prominence in the 1980’s and gave birth to cultural mega hits like Teenage Mutant Ninja Turtles. It feels like the comic was drawn by a couple of well intentioned, but not very skilled, artists who’s only concern was just putting pen to paper and getting something out there. While the artists won’t be gaining many fans with their style, they do succeed in capturing the energy and attitude of an era famous for generating some of comic’s greatest creators and stories.

“The Dollhouse Family” #1 is the start of a comic series that requires a specific sense of taste and a specific nostalgia for the early 1980’s British American comic book scene. While the art and story appear to be deceptively simple and amateurish, further review reveals a dense, well written, and strangely beautiful story that is both creepy and fascinating to read.

Final Verdict: 8.3- While the two stories in the comic don’t really feel like they should fit together, it’s still a great horror story that evokes many of the best elements of the British Invasion of DC, as well as the strong independent comic book scene that became prevalent in the 1980’s.