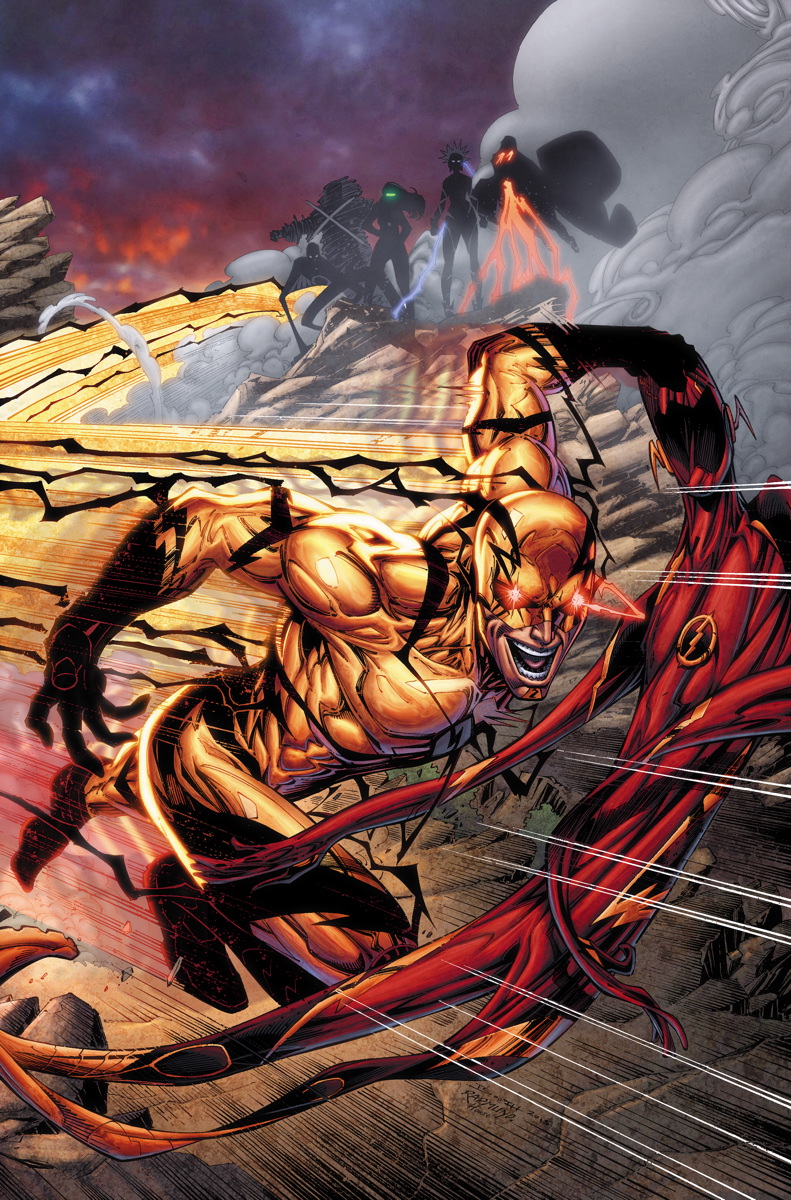 Barry Allen emerges from the latest crossover to shake the DC universe with a pledge to free his father from jail and defeat Professor Zoom. Sounds like it would make a good TV show! 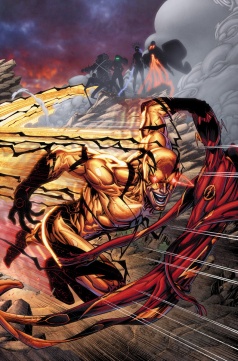 Professor Zoom is back, and hes not alone! Whos along for the ride to kill the fastest man alive? Find out here!

Fresh off of the “Convergence” crossover event, the creative team of “The Flash” have been given the opportunity to present a revamped version of the character, and take a shot at the ever-present goal of grabbing the attention of new readers. The issue finds Barry is full-confident hero mode, throwing on the red costume and racing to dole out justice at the earliest possible opportunity. And not justice only for the people of Central City, but for his father Henry Allen, who was wrongly imprisoned for the murder of his wife.

If this sounds a little familiar, that might be due to the fact that this is a very similar premise to The Flash TV show, which recently wrapped up a successful first season. Corporate synergy and comic books have a history of being thrown together unexpectedly. Think of when the X-Men got all black costumes or when Dean Cain and Teri Hatcher got TV-married at the same time as comic book Clark Kent and Lois Lane.

Working on a comic series that has found success in another medium is both a blessing and a curse for Robert Venditti and Van Jensen. The increased presence of the character in pop culture will certainly make fans of the show more inclined to check out the book, but this issue makes it seem like the comics have been curtailed to essentially recreate the TV show in panel form. Venditti and Jensen are both accomplished writers who have produced great work on other series’, but it’s hard to escape the feeling that their hands were tied due to the cross-medium success of Barry Allen.

The writing duo does present a version of Barry that stays true to the core of the character. He is optimistic and determined, and while he is almost a little too confident in his abilities, Barry doesn’t come across as cocky. Despite the familiarity of the plot, the story does move along at a very brisk pace, and hits a good balance between the big action scenes and the quieter character moments. They make an interesting choice to end the issue with a non-super powered fight that doesn’t even feature the Flash zooming in, which should actually function as an effective hook for new readers from the show.

The art is this issue is a strange sort of mixed bag. Brett Booth did some really great work on “Nightwing” and proved his skill at drawing characters that don’t fly off into the sky on a regular basis. This is why his work on the more street-level Flash feels a little rushed, no pun intended. There’s a lack of consistency with Barry when he’s out of costume, and his appearance varies from panel to panel in the opening few pages.
There are some odd facial expression spread throughout the pages, and there are moments when the proportions of various characters threaten to reach near Liefeldian levels. This is especially apparent during the final sequence with Henry Allen and his jail buddies. Girder in particular looks more like a bear than a person, and could have walked right off the pages of an Image comic from 1996.

There are a few moments when Booth’s clear talent really gets a chance to shine through. The Flash fight scenes are rich in detail and feel very kinetic, and the moment when Professor Zoom pops in to menace and threaten Barry is very effective. The stand out artistic moment is a double page spread that only features a few isolated panels showing Barry throwing the suit on and charging into a battle. It is just a very cool looking image that seems destined for a poster.

“The Flash” #41 well certainly feel familiar to viewer of The Flash TV show, perhaps a little too familiar. There have many so many small screen scenes where Barry promises to bring justice to his imprisoned father that it ceases to be particularly effective. Venditti and Jensen are good writers, and Booth is a good artist, but all the pieces just don’t come together in this issue. It’s very hard, and really unfair, to judge a story arc based solely on the first issue, and the final scene does point to an interesting new direction in the coming months. It’s a bit of rough start for Barry, but the creative deserves another couple of issues to find their footing.

Final Verdict: 5.5 – A mixed-bag of an issue that leans just a little too hard on the success of the TV show.