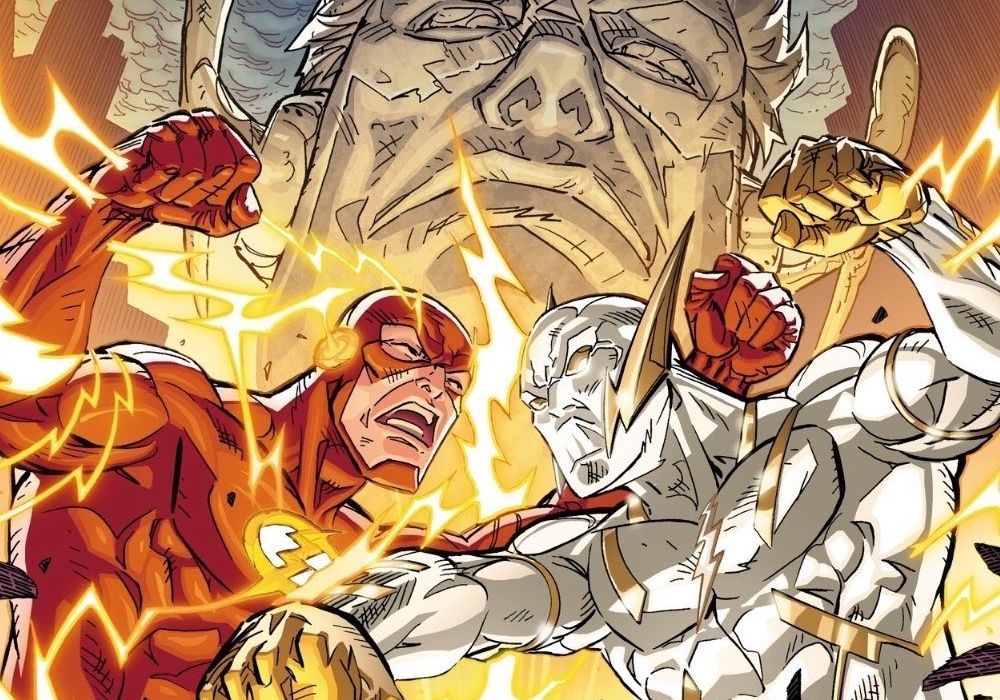 There have been numerous major shakeups to The Flash status quo as of late and “The Flash Annual” #2 is finally looking to address them head-on. Will the series instrumental to Rebirth be able to make sense of some of the odd events spinning out of “Heroes in Crisis”? Also, will the changes of titles like “Young Justice” effect the core Flash title? Writer Joshua Williamson has a lot of questions to answer in this brand new annual. Thankfully, he’s joined by classic Flash artist Scott Kolins to draw a cohesive story and explain how these events tie-into the greater series. 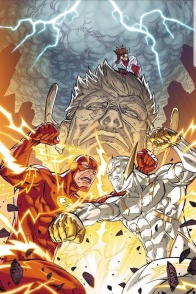 A HEROES IN CRISIS tie-in! In Barry’s grief and guilt following Wally West’s death at Sanctuary, he refuses to divulge the heartbreaking news to the rest of the Flash family until he’s searched every corner of the globe for his former partner— including inside the Speed Force itself. But his journey into the heart of all speedster powers inadvertently triggers the release of his long-lost ally Godspeed! And when Godspeed immediately races off to attack Kid Flash Wallace West, Barry must hunt his former friend and check in on his fellow speedsters. What is Godspeed planning and what does he want with the rest of the Flash Family? Can Barry protect everyone after he couldn’t save Wally? With a heart-wrenching appearance from Wally’s former sidekick, the recently returned Bart Allen, this annual is an absolute can’t-miss for all Flash fans!

“The Flash Annual” #2 is the next big step for Barry Allen and the full roster of speedsters in the DC Universe. Over the years, “The Flash” has functioned as a historic landmark for the DC Universe serving as the lynchpin for huge storylines. “The Flash Annual” #2 carefully treads the line between telling a good story and making sure the big status quo shifts feel organic and not rushed.

The death of Wally West is a rushed plot point of “Heroes in Crisis” on the best of days. The return of Wally also served as a major shake-up in the DC Universe in general. West’s death brings a certain level of darkness to DC and “The Flash” and reviving the hero this early would feel like rushed. Writer Joshua Williamson doesn’t have full creative control over the property and must play the cards he has been dealt. Given the unusual circumstances, Williamson crafts a script that feels both grounded and realistic. The title reintroduces Rebirth villain Godspeed in an intriguing manner enriching the overall nature of the comic.

Williamson also fleshes out some of the greater plot points he has been crafting for the series since the start of Rebirth. Williamson acknowledges characters that he has been building since the book started like Wally, Iris, and Godspeed. Despite the fact readers are years into Rebirth and a core plot point has been undone, “The Flash” still feels on track and focused on what is coming next. Williamson foreshadows a conflict for the series coming in future issues. Williamson also has a tricky emotional territory to navigate through that he explores with a guarded but firm nature.

Artist Scott Kolins depicts the action sequences and complicated layouts for the title extremely well. However, the more casual elements of the series give way to a less polished version of his pencils. The sequences featuring Impulse also tend to have strange anatomy. Kolins depicts the fluid movements of the speedsters incredibly well and also carefully balances out the cast of the series. Thanks to the clarity in the art, readers can easily discern which speedster is which. Kolins also gets experimental when depicting the movement of the characters. The pages where the artist renders the Speed Force allows for the book to carry a really exciting action sequence very early in on the narrative.

“The Flash Annual” #2 has a ton of ground to cover and big shakeups to examine for the franchise. Williamson is able to craft a solid narrative around these changes with Godspeed and even set up a new villain for future installments of the series. “The Flash Annual” #2 also really creatively honors past works in the series like The Flash Museum and previous Speedsters. Because of the heavy references to previous Flash comic books, this isn’t going to be a title to offer up to new readers but fans familiar with the source material and DC Universe are going to enjoy the story. Reading the issue without a point of reference for previous DC speedsters may make the title come off as rushed or even contrived. Kolins draws great action scenes but mars some of the emotional material in the issue that should have had a greater point of impact. “The Flash Annual” #2 is a definitive high point for “The Flash” title and will delight seasoned DC readers.