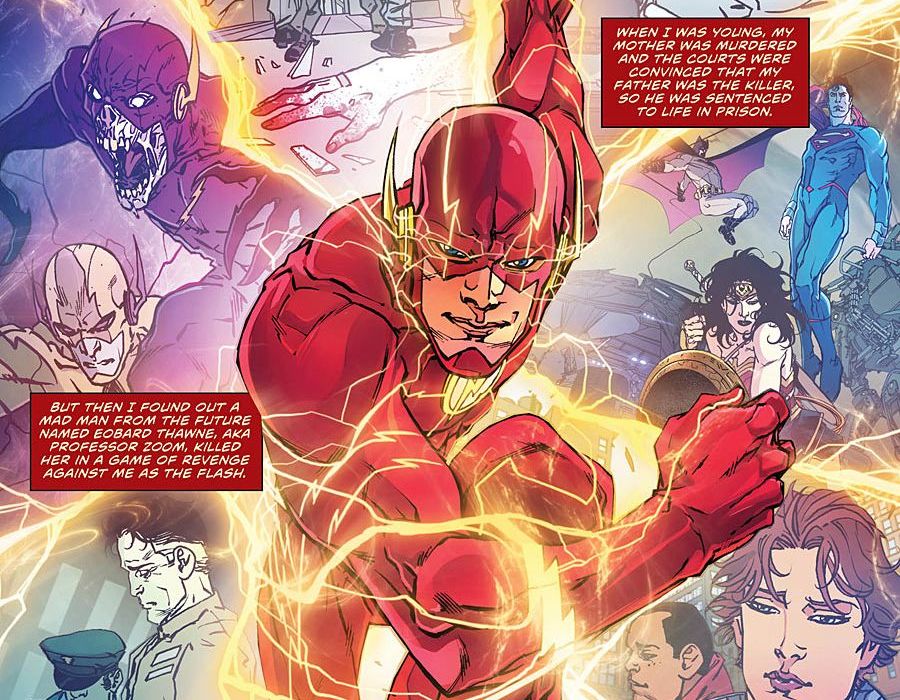 The DC Universe is on the precipice of some serious change after the events of “DC Universe: Rebirth” #1. And since Wally West is more or less the catalyst of the change coming to DC, you’d expect Barry Allen’s reaction to his best friend’s return to have some real weight. You’d expect. Spoilers for this comic and “DC Rebirth” ahead. 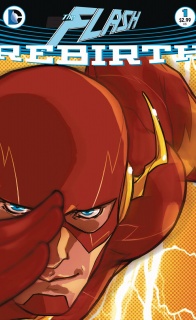 I’ve legit got no clue why this comic exists. Sorry, that’s all I’ve got.

That’s not to say “Flash: Rebirth” #1 is bad. It just is. This comic picks up some of the threads from the first issue of “DC Rebith” proper, when Wally West came back to life so he could make DC Great Again by metatextually (ugh) placing the blame for how much the last however many years have sucked on Watchmen. You know this already because comic book stories in 2016 aren’t read so much as they’re shared among the collective hivemind of social media and Newsarama. With Wally West back, you’d think “Flash: Rebirth” would follow up on that massive development in some interesting ways. Welp.

“The Flash: Rebirth” #1 is unnecessary. A lot of comics around this time are making huge sweeping changes so it makes kind of makes sense to do a quick one shot, or an embellished #0 issue, to establish some stuff. Sometimes it’s a passing of the baton like “Batman” where the series is moving from one established creative team like Snyder and Capullo to a new just as exciting team like King and Fincher. Plotwise, Superman’s undergoing something where he died but he didn’t because his Earth-1 version is here and honestly I’m not going to look into that. Flash, meanwhile is kind of where he’s been for a while. Barry Allen is upset because Reverse Flash killed his mom with time travel and framed his dad. Sure, Flash was able to arrest Reverse Flash and free his dad, but he’s still upset about it. Obvs.

The only real development in this comic is the crossover stuff from “Rebirth” which ends up being nothing new. Wally West comes back from dimensional undeath or whatever in the same scene from “Rebirth.” Then Barry goes to Batman’s cave to ask Batman if he knows what’s up with the “Watchmen” thing and Batman’s like “I don’t know, the only Alan Moore comic I’ve read is ‘Neocomicon.'” Then they decide to investigate. It’s a story that’s completely redundant for anyone who read “Rebirth” # and indecipherable for people who didn’t.

Honestly, since it’s only a few weeks away, you can just buy “Flash” #1 when it comes out. That’s going to be more of a hard start for Williamson and Di Giandomenico than anything you see here. And this ain’t my first rodeo around event comics, I know that not every tie-in is going to be “Civil War: Spider-Man”. But for something that’s ostensibly a teaser for what these two will be doing with the upcoming “Flash” series, they don’t leave much of a lasting impression.

Final Verdict: 5.0 – “The Flash: Rebirth” #1 is less of a story and more just an obligatory reminder that Barry Allen acknowledges what’s going on in “Rebirth” and will address it there.