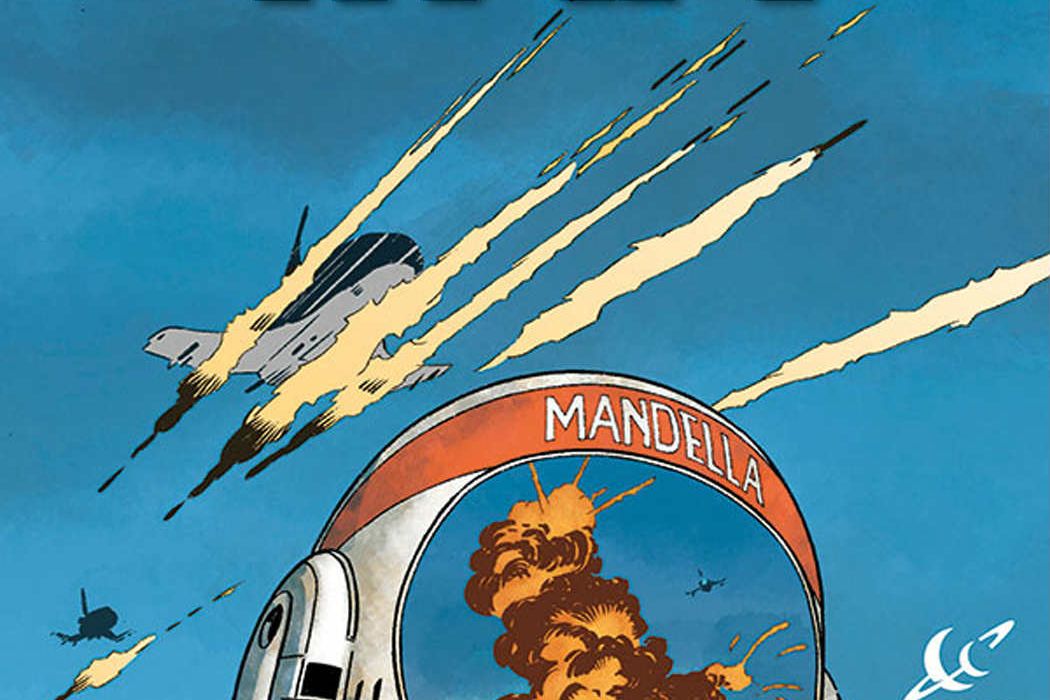 The Forever War is an influential sci-fi novel of the ‘70s that was critically acclaimed to the point that it was adapted over several mediums, including comics. Belgian artist Marvano brought it to our beloved format in 1988, and now we have a faithful translation of this series by original author Joe Haldeman’s wife, Gay, and from publisher Titan Comics. But does this classic series still hold up today? 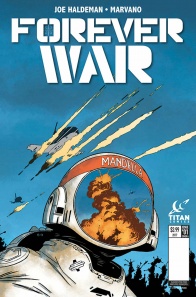 The visionary Hugo and Nebula Award-winning SF tale by Joe Haldeman is beautifully realised in full color by the legendary artist Marvano. An epic SF war story spanning space and time, The Forever War explores one soldier’s experience caught up in the brutal machinery of a war that reaches across the stars.

Firstly, the thing I found most interesting about this series is that I only realised it was a product of the ‘80s until about halfway through. Although the art and storytelling may not comfortably fit in with most modern comics, it certainly didn’t feel like a slog to read or to look at. It’s a remarkable feat to have a comic that is almost 30 years old feel as fresh as something written today, and Marvano, as a creator and adaptor, has done just that.

Storywise, if you’ve read the original novel, you’ll obviously know what’s going down. The original story is a classic sci-fi, with a lot of grounded elements to balance it out. Haldeman gives us a great analogue of his experiences in the Vietnam War through the lens of an intergalactic race war. A lot of the story elements, from xenophobia to cold reality of war, are just as relevant today, almost to the point where one could say Haldeman provided a fictional 21st century not unlike our own.

There are great moments within this issue that wouldn’t suggest prose adaptation – Marvano has given us a masterclass here in visual storytelling that some modern creators still struggle to grasp. The initial sequence introduces us to protagonist William Mandella and his crew, yet we’re immediately thrown a harrowing scene in which crewmate Bovanovitch is decapitated by a friendly explosion. Marvano draws an eerily beautiful scene in which Bovanovitch’s headless body is floating away into the dark void of space, her bloody streaming through space in a rich, delicate pattern. The sequence happens with minimal dialogue, and is a great way to open up the issue.

From here, however, the pacing overall become a little slower and unpleasant as we’re filled in on the setting and backstory of the world. There are some fun classroom sequences to begin with, showcasing Marvano’s excellent, realistic character work. The overall diversity of race with the story cast seems to lend to Marvano’s influences as an artist too – we see hints of Katsuhiro Otomo (“Akira”) as much as we do Moebius (“The Incal”). There’s a few slower scenes here too, unfortunately, that feel like unavoidable products of the era. Marvano uses newscaster storytelling to inform the reader of world’s past events – much like the classic western comic “The Dark Knight Returns.” When used here, however, it feels unoriginal and clutters the page with a generous number of panels.

There are parts of the book where this ‘over-panelling’ is more effective, fortunately. Towards the climax of the issue, a scene depicts two rockets being launched either side of Mandella’s base. Marvano expertly builds tension, using multiple panels switching from zooming in on crewmate Chavez’ face to the rockets speeding through the black void. From here, we see some great examples of strikingly gorgeous visual story telling. From the molten debris speeding over three panels into the side of the base, to Maejima’s dark, combusted skeleton, the scenes are composed with an uncomplicated, elegant simplicity that makes it such a joy to read.

Marvano manages to render a setting and environment that feels faithful to the original book and certainly unique in the comic industry at the time of publishing. A lot of this is due to how distinctly realistic it looks – it wouldn’t be a stretch to say that it would fit in next to modern movies like Gravity and Interstellar. The colonists are equipped with modern looking spacesuits, bulky and padded, and the ferry space ships are reminiscent of genuine, real life space crafts. Yet, there’s still a fun sci-fi characteristic to the aesthetic that keeps the story interesting. The hub for the shuttles is a great, futuristic piece of machinery, and the beds in the ferry ships are complex and intricate. It’s this contrast between the two visual styles that make for an interesting comic that feels like a faithful adaptation.

The color work in this series, also done by Marvano, is distinctly European – which is in no way a negative thing. The palette remains quite muted throughout the entire piece, a move with works to subtly convey the feeling of dread and impending war. Each scene is impressively painted, however, adding to the sense of realism. Specifically, Marvano paints deep space with a restrained hand, which considering the context of this comic’s release, surely would’ve been uncommon. The space scenes have a considerable scene of depth and expansiveness, which keep it from feeling bland and photographic. Marvano uses a variety of greens and blues to give it almost a lush, ocean-like feel, which to say the least, serves as great eye candy.

Final Verdict: 8.4 – A classic reinterpretation of a brilliant sci-fi novel that still feels fresher than most comics on the market today.