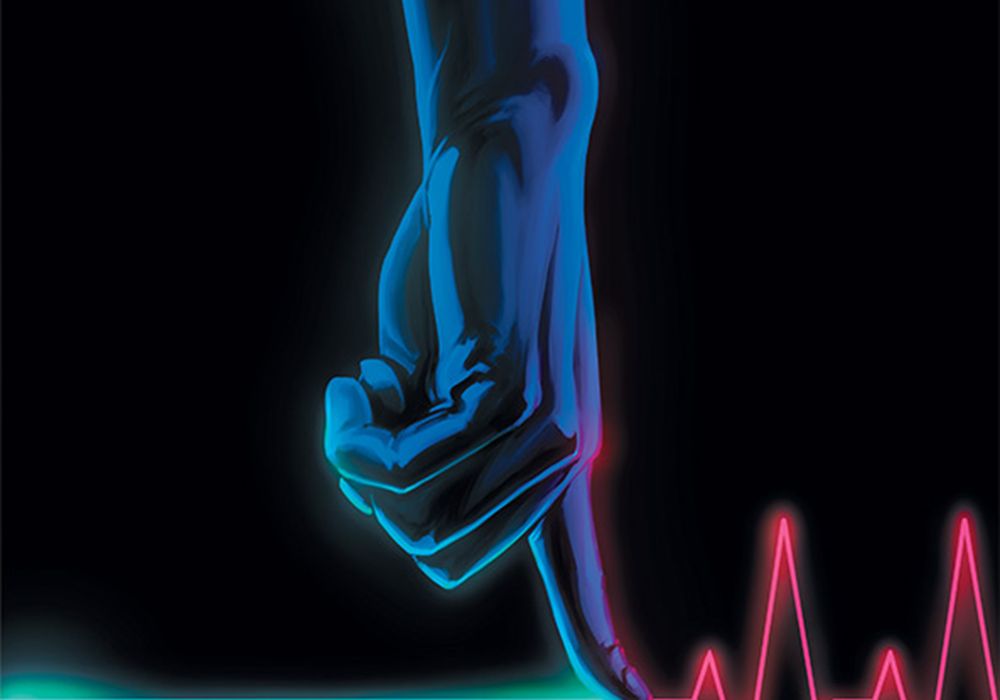 Image Comics is widely known for their knack of publishing new and interesting horror and science fiction series. Another interesting new book has hit shelves this week with “The Freeze” #1. Like a modern day Twilight Zone episode, this is a bleak, unsettling, and even a wonderous story that will fill your head with questions. Some Spoilers Ahead! 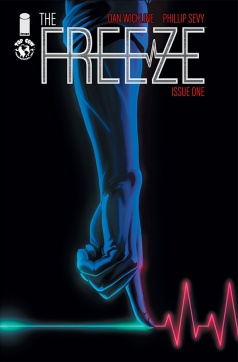 What would you do if at any given moment, everyone in the world just stopped moving? Frozen in time, while the clocks keep ticking, cars keep driving and the Earth keeps turning? That is the event that kicks off the new series “The Freeze.”

Before starting this premiere issue, I did no research into the book. I was very much under the impression that it was going to be a crazy situation tied to weather or climate change. While that would have been an interesting premise in a The Day After Tomorrow (with a twist) sort of story, I am glad we got this plot instead.

We get dropped into the action from panel one and it is a bit disconcerting. It’s the kind of opening that makes you squint your eyes and ask, “What is going on?” Right from the jump we get a team of men with guns that look like a cross between a heist gang and elite commandos dropping into a high school. Students and teachers are in classrooms and the halls while these guys rush in with seemingly no one noticing the disruption. One of the men touches a girl’s face upon being told she is the ‘target’ they are looking for. She comes to and is taken with them to their helicopter. As they are leaving, and avoiding an approaching hurricane, another group comes running to the school’s rooftop and starts shooting at the chopper. the man who took the young girl reveals his face. He has a slight beard and a grizzled look about him. Rough lines etch his face and there is power, but sadness in his eyes. We are then thrown some years into the past.

From here we are formally introduced to a happier, and somewhat younger, version of this man. We learn that this man, Ray Adams, was a lowly, well-liked IT employee in a large office building. On a day like any other he is doing his job when everyone around him becomes frozen. They aren’t ice-covered or even cold, and from what Ray can tell, they aren’t dead. At first thinking it is a mass prank in his office, he runs through the building trying to find a hint of someone not playing along or even a sign that these people can see or hear him. As he’s wandering, he realizes that it is just people who have stopped. Looking out the window he sees crashed cars in the road, people crushed and burning, but aren’t moving or screaming in pain. The world is falling apart and he is the only one who can still move. During this search he comes to realize he has a power connected to this bizarre event, and from here his the first steps into this journey begin.

Writer Dan Wickline is playing with a dark, apocalyptic sci-fi story, that clearly has a lot of information on the way. And while there is a lot of death and tragedy in this opening issue, as we move forward in time and away from this darkness, I think there can be some fun to be had with this story. As Ray finds people in this frozen world there will be more tragedy and terror, but hopefully Wickline brings about more exciting action because the few times that there are light moments here they really work well. He balances emotion and mood perfectly. This story feels like something sci-fi enthusiasts have seen before, it feels sort of done before and not terribly original, but I can’t recall any that actually use a plot like this, nor did I find any in my light research upon reading this issue. That aside, whether it has been done before or not, Wickline does a great job with it. His dialogue is natural and realistic. He has created a world that can go in a slew of different directions to continue its story and readers will look forward to whichever path he chooses.

The artwork is well-crafted and expertly executed. It is mild and muted with mechanically steady line work. His detail between the people who are frozen, those who are fully alive and moving around, and the settings change and live a different life, even when they share a panel. At first, nothing about the work jumps out and grabs you at first, but the more you look at it, the more you allow it to seep into your brain as you read is when the talent in the work really comes out. Along with the time shift in the story, there is a shift in panel layout. During the opening sequence each page is made up of five panels, vertically arranged allowing your eyes to just drop down each page as the action unfolds. Once we jump to the past, each page is arranged with nine small rectangular panels making your eye flow left to right. It is in this respect that illustrator Phillip Sevy uses each panel and page the way a film maker uses a camera. It allows your eye to flow perfectly over the page and really absorb every detail. No page or panel is wasted in this book. It isn’t a new technique, or even rarely used, but when used right it shines and Sevy’s work shines in this premiere issue.

Also managing the color work on this book, Sevy has full control over creating this frozen world lifting Wickline’s writing into a fully realized story. Going off his original line work, he keeps the people who are frozen lightly detailed and painted in flat, muted colors so they just about blend into the background. Those who are fully alive have much greater detail. Fully detailed lines in their faces and clothing mixed with layered colors keep them popping off the page. It is some of the best work in his career. Its subtlety is what makes it work best.

“The Freeze” #1 is quite an interesting story with heart-breaking elements that uses a lot of classic and (some) over-done sci-fi tropes, but is well-made and leads readers in to the unfolding mystery with a curled, beckoning finger.

Final Verdict 7.5 – A sci-fi tale of people frozen in time that holds a lot of promise for future issues. Solid artwork and confident writing keep this book from falling into the depths where average sci-fi stories go to drown.