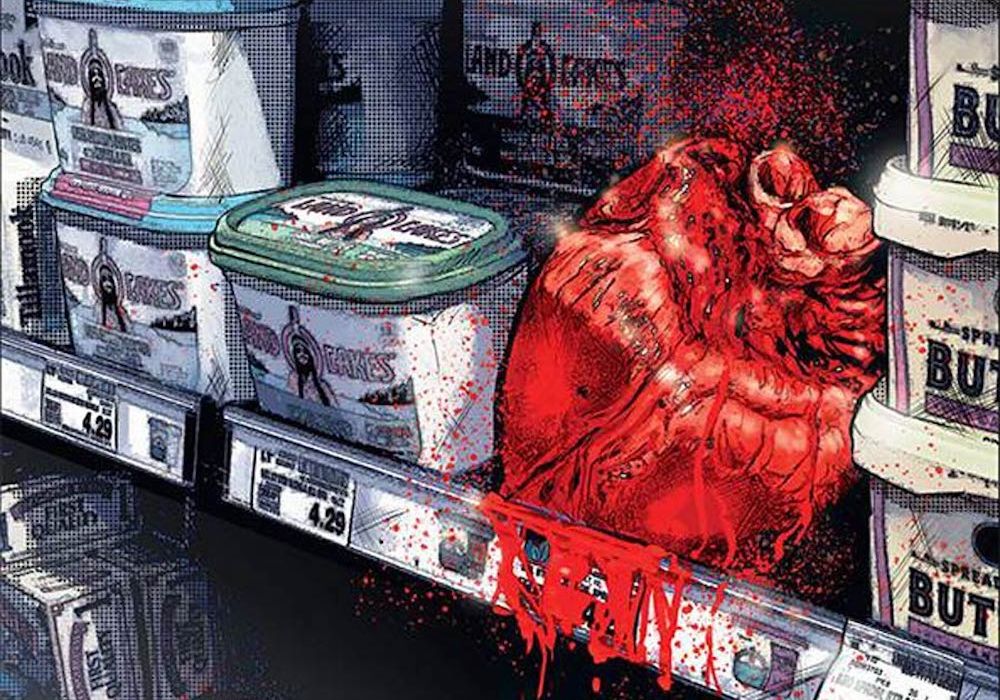 Witness an intriguing messiah story in the making with more heart than expected in “The Freeze” #2. 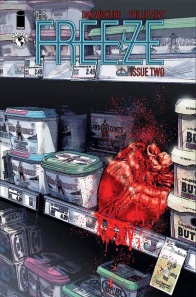 Ray and his coworkers have begun to build their new society, but each newly unfrozen person has their own opinions about what happened—and how things should be done.

In terms of plot, Dan Wickline has skipped “The Freeze” #2 ahead a fair bit in the timeline, to the point of a community of sorts. However, skipping ahead is not necessarily a bad thing, as it allows Wickline to drop straight into the meat of the story itself, rather than take too long establishing the new world order.

Wickline takes the time to give the absolute essential information from the debut over the course of “The Freeze” #2, from the way Ray is the only one able to unfreeze people to things about his mother and how freezing merely put people on “pause.” In doing so, the story is able to move forward while also bringing in any readers who may have missed the first issue, making sure that newcomers are not left behind at all.

In the midst of the exposition through the issue, Wickline also manages to weave in the overall concepts to likely come into play later: a kind of post-apocalyptic community scenario based around what each member can add to said community. All of the information gleaned in the surrounding area about given candidates comes from job resumes and social media activity, both of which have the danger of giving merely a mask that the people hide behind to present themselves to society. Who is to say if someone is actually dangerous? The basic idea seems to be that in the age of the Internet, face-to-face interactions are still very important in discerning exactly who a person actually is on the outside, which can be nigh impossible to find out from those who are frozen until Ray helps them.

Furthermore, there is an emphasis on the development of a kind of legal system for the frozen world. Things like shoplifting and the like are more or less expected, and are part of the scavenging basis of the new society, but assault and attempted murder, especially against Ray himself, are treated as harshly as would normally be warranted, albeit without any real means of imprisonment. The logistics and moral ambiguity of criminal situations are not overlooked, and seem to be a key part of this new order.

This kind of need-only basis is given an added moral quandary in the other major element of the essential conflict faced by Ray himself: the role of a de facto messiah of sorts in what is essentially a post-apocalyptic world, including him being the only one capable of un-freezing people, and being seemingly incapable of “re-freezing” them if necessary. Who gets to keep living? What happens if crimes are committed? Who can say what will happen, and who would make a good addition to the community? Wickline does not shy away from the idea of people prescribing a religious element to the Freeze itself, and the existence of homicidal fanatics both against and in favor of Ray add a lot to the story itself and the unpredictability of this world. Religiously ordained or not, Ray is presented as a reluctant savior, one who wants to help, but in part due to being the only one who can help. The guilt and responsibility of his “powers” seem to be getting to him, but it is unclear to what degree the shocking events of “The Freeze” #2 will have an effect upon him. On the whole, he’s not exactly in The Life of Brian, but seems to enjoy his position as a savior about as well.

One of the clearest ways in which Phillip Sevy distinguishes himself is with the use of variable thickness in his linework. In the relative calm of the story of “The Freeze” when compared to his work on “Tomb Raider,” the particular artistic style of Sevy has more room to stand out, the lower key action focusing attention in on the intricacies of his pencils. On the one hand, lines are thinner or thicker depending on how far away an individual happens to be, showing distance well and also doing a good job at demonstrating emotion in coarse imagery as well as finer touches, with the thinner lines also seeming to show a “camera” focus on those closer in and blurring the further off individuals. On the other hand, thinner lines are also used for the frozen, with the distinction made all the more apparent when frozen and non-frozen people share a scene, or when someone is shown before and after they are “thawed.” In this way, Sevy manages to show the animated world as thicker, sharper, and more “real” than the frozen world in figurative limbo.

Color choice is not as prominent in the series, but the choice of color Sevy makes about the frozen versus those who are not is readily evident. The soft blue on people who are frozen and their clothes contrasts against the more natural, variable shades and hues of just about everything else in the world, with frozen individuals easily picked out of a scene by looking for where human figures in light blue are, from randomly placed around a park to walking through the aisles in a supermarket and more. It’s not a huge focus, but the fact that this kind of choice is made helps to distinguish between the premise-making event and any semblance of normality.