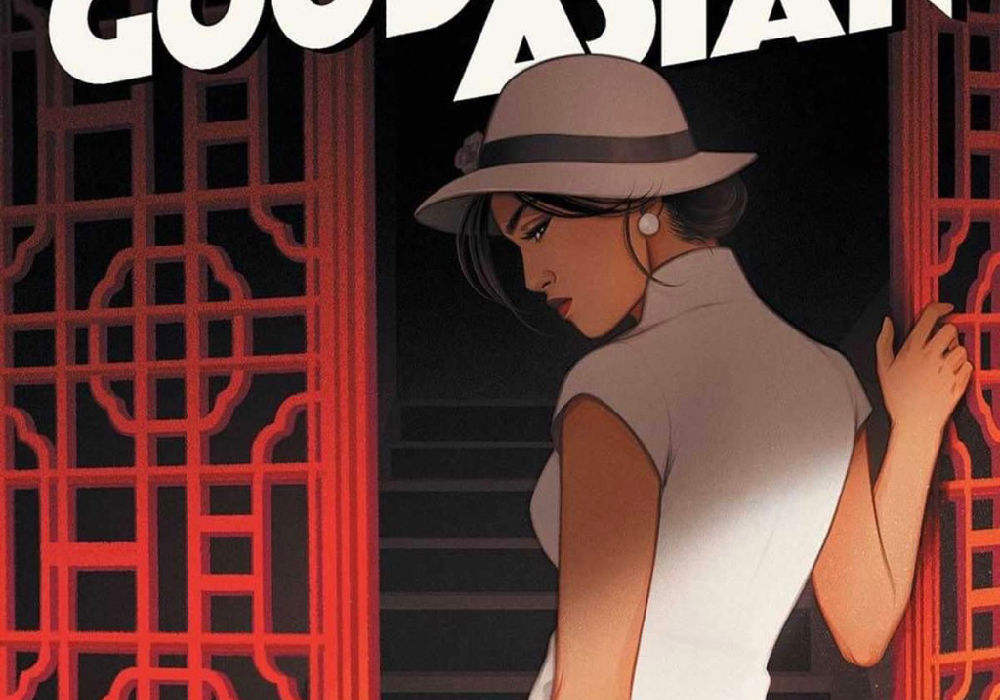 “The Good Asian” #3 continues to do what the series does best, carefully weaving together ugly truths about America’s racial intolerance and a beautifully crafted noir that stands on its own. (Warning: may contain minor spoilers.) 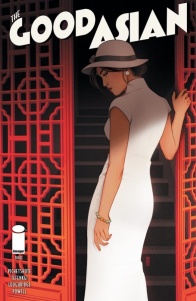 The surprises really begin as Hark encounters Lucy Fong’s completely different perspective on Chinatown—one pivotal to stopping the hatchetman on the loose.

“The Good Asian” is set in 1936 but writer Pornsak Pichetshote continues to make it painfully clear that the long, dark tentacles of the Chinese Exclusion Act — passed in 1882 — still maintain an iron grip on every character. This month’s issue, “The Good Asian” #3, begins with a brief but visceral depiction of America’s first anti-immigration law and its insidious effects on generations of Chinese and other Asian immigrants.

With an intense, montage-like blend of visual metaphor and concrete facts, Pichetshote and illustrator Alexandre Tefenkgi deftly reappropriate racist stereotypes and caricatures to seize control of the narrative and drop some knowledge.

A half-page splash panel on the first page portrays Chinese workers as a swarm of insects being fought off and crushed by Uncle Sam. On the following page, an unseen jackbooted thug is about to stamp the face of a stereotypical Chinese man who wears a long braided queue. The page after that depicts an array of male Chinese ancestors with facial hair in the style of the fictional character Dr. Fu Manchu.

It’s an emotionally arresting sequence that bluntly demonstrates the destructive power of dehumanizing stereotypes and tropes. It also details how the invention of ‘Paper sons’ cleverly subverted the system and turned fake papers into ‘real Americans.’

“One reason people come to fiction, I think, is to look for the truth where facts don’t exist,” Pichetshote told the San Francisco Chronicle

earlier this week. “So part of this project is to find the truth between the facts.” The cold, bitter truth of the Chinese Exclusion Act and the anti-Asian sentiment it fomented is a lens through which to view the narrative, but it’s only part of the story. At the heart of “The Good Asian” is an intriguing, beautifully crafted noir that stands completely on its own.

In this third installment, Chinese American detective Edison Hark continues to be a somewhat enigmatic blend of cynicism and street-smarts with nerves of steel. “Free shot,” he declares in the midst of a tense showdown, “but if I’m still standing when you’re done, I’m hitting back.” He’s flawed but likable hero who’s emerged as the perfect protagonist for this series—and hopefully others.

Structurally, Pichetshote doesn’t let the story stay in the same time and place for long. With a combination of flashbacks, fleeting memories, real time scenes and interior monologues, Pichetshote weaves together several narrative strands to create a captivating, wonderfully nuanced tapestry. Not coincidentally, this is also where colorist Lee Loughridge really shines. All told, his desaturated palettes run the gamut from an intense, eerie red to light purple, dingy tan and pale green. Within each scene, however, the palette is largely dominated by a single background color. It’s not particularly subtle, but it’s highly effective. Every time the color wash changes, so does the setting. It’s a smart, simple way to keep the reader on track despite seemingly sudden jumps from one time and place to another.

In the same vein, Tefenkgi’s inks seem rather minimalistic at first glance, but the characters’ actions and emotions are always clear. In an early scene between the newly introduced character Lucy Fan and her baba, each character’s emotional journey is implicit, even without reading any of the dialogue. Throughout the book Tefenkgi uses range of facial close-ups, but they’re consistently well timed and well placed and none of them needlessly dominate any of the page compositions.

Similarly, though there aren’t very many action sequences in this issue, there’s a nice dose of tension and a couple of great reveals. Here again, Tefenkgi has a great sense of framing. He knows when to use a wider, more expansive perspective, keep things moving with medium shots or crash in for a dramatic extreme close-up. All the while both Tefenkgi and Loughridge maintain a distinctly noirish feel, especially when we focus on Edison Hark’s stoic, nearly emotionless face.

Ultimately, as in previous issues, Pichetshote manages to keep escalating and complicating the story without ever making it unnecessarily complex or difficult to follow. He builds the story carefully, but keeps you turning pages. It’s a great detective story, but not a Mensa-level logic puzzle. You have a sense where things but be going, but at the same time, you’re never quite sure, which definitely makes for a fun, intriguing ride.

Final Verdict: 9.1 “The Good Asian” #3 keeps raising the stakes while expanding on it’s central theme to deliver a nuanced, contemporary noir with heart.