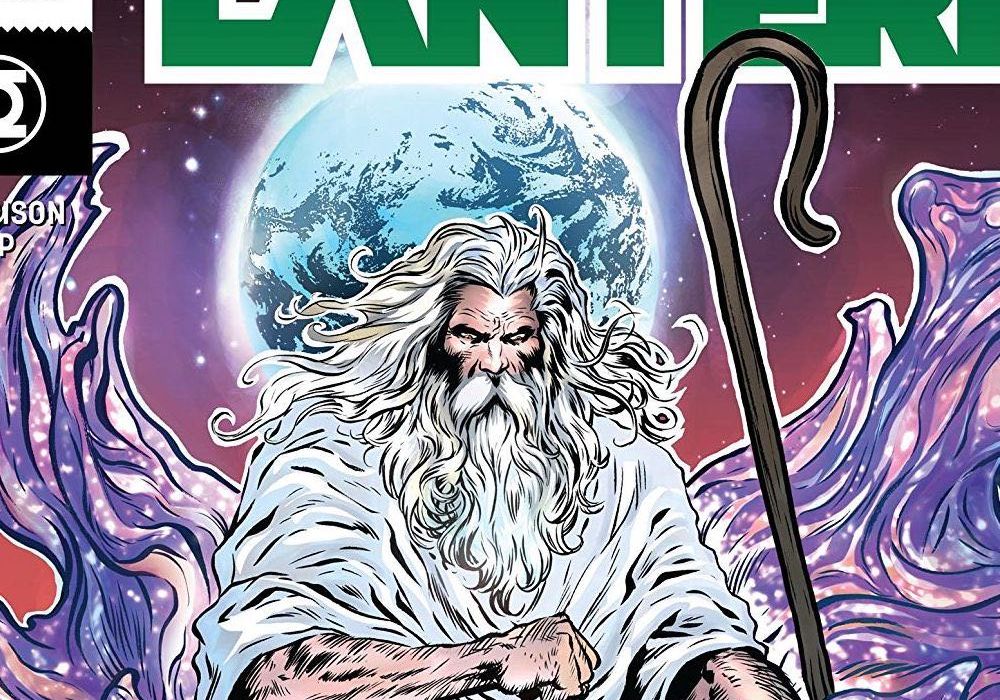 Grant Morrison and Liam Sharp’s take on Hal Jordan and the Green Lantern Corps. is only two issues in, yet the series has already covered a massive amount of ground. Morrison and Sharp have already introduced a bevy of new Lantern heroes and villains to the property. Morrison is also reintroducing Jordan and redefining his characteristics. Several DC characters function best when the creative team imbues a more classic-inspired vibe that Morrison and Sharp lovingly apply to the property. “The Green Lantern” has given the property the prestige treatment DC creators Geoff Johns and Doug Mahnke established for the character in the modern era. 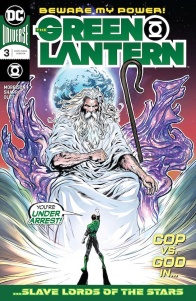 When the Earth goes up for sale on the alien black market, it’s up to the Green Lantern Corps to bust up “The Slave Lords of the Stars” in the latest space saga from Grant Morrison (MULTIVERSITY) and Liam Sharp (WONDER WOMAN)! With the Justice League frozen by Gamma Gong tech, Earth ends up on the auction block, and Volgar Zo hosts a menagerie of the universe’s deadliest despots and criminals: Steppenwolf, Queen Bee, the Dominators and much, much worse. Hal Jordan leads a squad of Lanterns into the fray—and someone’s going to pay the ultimate price before this case gets closed.

The DC Universe is a huge place and over the past couple of years, Green Lantern creators have focused more on a core group of characters and protagonists. “The Green Lantern” #3, continues looking into the seedy underbelly of the DC Universe. Sharp and Morrison show the criminals populating the underworld. Morrison’s focus for the series continues to widen the scope of Green Lantern as far as it can possibly go. Morrison isn’t concerned with keeping the story structures to fit some of the standard conventions of comics, the issue features tons of sequences excluding Hal Jordan outright. With the proceeding issues following-up on the debut, Morrison has been able to craft a more procedural story with Jordan. While this part of the script picks on a couple elements from past stories, the story does not directly continue or pick up on a previous thread right from the jump.

Morrison has only just established his take on Jordan. Jordan’s immensely charming and easy-going personality is the most human aspect of the story. Morrison breaks down the morality surrounding the hero and gives Jordan an immense amount of personal conflict to fight through. The issue has a massive plot twist halfway into the script that only Morrison could properly execute. Jordan encounters a moral dilemma and reacts with a harsh force. This moment is key to the overall series and is a fascinating reflection on Jordan’s current mental state and how his checkered past could potentially affect his leadership skills in the present. This installment of the comic ends on a cliffhanger, leading me to believe that Morrison has substantially more to say about the intergalactic slave trade in the next installment. The cliffhanger also breaks up the procedural nature of the story.

Going this long talking about “The Green Lantern” without mentioning the art is a crime as Sharp’s pencils are evocative, harrowing and beautiful. With a script from Morrison guiding the series, the artistic direction for the title is astounding. Sharp captures the strangest poses and most arresting page compositions possible. There is a page where Sharp shows different layers of the Earth with the face of the slave trader looming behind it. Sequences like these show how engaged both Morrison and Sharp are with the material at hand. “The Green Lantern” #3 packs an incredibly dense, wordy and imaginative script that needs the visual clarity from Sharp to evoke the right tone.

At times, Sharp’s pencils can be slightly inconsistent as he switches styles to a slightly more conventional artistic direction. The issue’s incredible sense of scale counterbalances any artistic shortcomings in the sequence from the second half of the book. The last couple of pages in particular have a captivating sense of style and tone, perfectly illustrating the movement for the different cast members in the scene. Sharp’s attention to detail is staggering in the pages littered with an astounding amount of cast members. Sharp’s depiction of aliens like The Dominators look even more ominous than they did when they first appeared, yet these characters fit perfectly in the context of the series.

“The Green Lantern” #3 is an incredibly dense packed with surprises. Morrison weaves a really complicated plot and finds a fascinating way for Jordan and the other corps members to interact with it. The issue packs a couple huge plot twists that will disarm even the most vigilant readers. Morrison and Sharp are weaving one of the most fascinating stories currently being published by DC. Despite the off-the-wall ideas and exploration into a different part of Jordan’s life, “The Green Lantern” #3 strikes a cohesive whole that is greater than the sum of its parts. The issue carries major themes of morality that coalesce into a definitive statement about Jordan when readers get to the final page. While the title can seem like a dense collection of wild vignettes, “The Green Lantern” #3 is a rewarding read that already starts to pay-off aspects from previous issues.