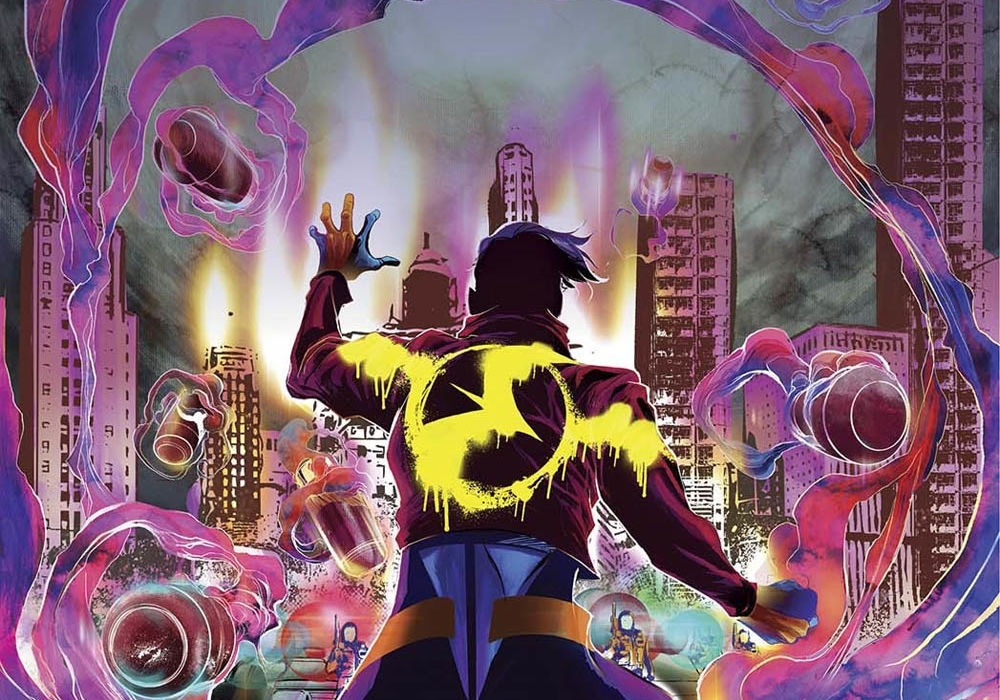 I’ve made it no small secret on this site that I love the comic publisher Valiant. They’ve got a great roster of superheroes, a fantastically well planned and connected universe, and they’ve managed to attract some amazing talent over the years. Naturally the next step for the company was movies, which we started to get with Vin Diesel’s Bloodshot, a movie that was good, but had the unfortunate luck of being one of the last movies to be released in 2020 before everything shut down.

Now things seem to be back on track and Valiant is moving to jump start their cinematic universe with another one of their very popular superheroes: Peter Stanchek and the Harbingers, and in order to start generating some buzz they decided to give the character a new comic series. Let’s see how it turns out 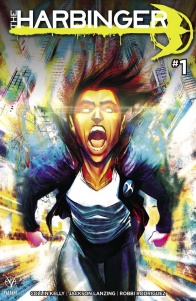 Can you make the world better if you can’t be better?
A telepath with no memory. A city of superpowered teenagers suppressed.
Redemption. Destruction. Rebirth. A new era of HARBINGER begins here.

Marvel has mutants, DC has metahumans, and Valiant has psiots. In the Valiant universe, the most powerful psiot is Peter Stanchek: a strung out, drug addicted, mentally unstable teenager who is the most powerful telepath to ever live. In “Harbinger” #1 Peter wakes up in the middle of Chicago with parts of his memory gone, strange voices talking to him in his head, a small army of soldiers who are trying to keep him under control, a mysterious group of apparent superheroes who want to to hunt him down, and a housing project full of runaway psiot teenagers who need his protection…well let’s just say this whole thing is a messed up situation that Peter is very familiar with.

“The Harbinger” #1 is written by Collin Kelly and Jackson Lanzing, who seem to be having an absolute ball writing a strung out, mentally unstable teenager with the powers of a god. Kelly and Lanzing does a very good job of giving the reader a very real sense that Peter is a hair’s breadth away from snapping and the only time he doesn’t feel like he’s going crazy is when he’s able to cut loose and use his powers to move and act. On top of Peter’s character, the writers introduce the readers’s to Cici: another teenage psiot with a rugged leadership style and sense of self that is a very good counterbalance to Peter’s sense of confusion and helplessness. It’s definite proof that they understand Peter Stanchek as a character and a great introduction to a great hero for potential new readers.

While the writers do a great job of introducing Stancheck as a character, the macro story could use a little work in “The Harbinger” #1. It’s still a very good story with a housing project of runaway super powered teenagers, a new group of mysterious heroes that want to arrest Peter, and a city and police force that knows who he is and is absolutely terrified of him. The problem is that the script seems to have made the artistic choice to focus more on introspective elements of the character, which leaves very little time for broader world building and plot. Also, Valiant seems to have a publishing strategy where they forego traditional ongoing series for their popular characters in favor of limited series. While this does allow for more complete storytelling and probably saves the company money, it does force the books to rely on clunky exposition to get readers up to speed on what’s happening and this book has plenty of it.

To be clear: “The Harbinger” #1 is a very good book, it’s just that there’s a sense that it’s kind of hampered by the corporate strategy of the publisher.

The art of “The Harbinger” #1 is provided by Robbi Rodriguez with colors by Rico Renzi, and while the script is great, the art is the highlight of the book. Rodriguez brings a sense of frantic pacing and motion to the story with loose pencils and unbelievably expressive facial expressions that display clear manga influences that allow the characters to run the gamut of emotions from calm and subtle to loud and obvious. The action feels pulse pounding with tons of energy and instead of making use of minimal motion lines, Rodriguez has entire panels that look like their melting and warping around the characters and what they’re doing. It couples very well with Renzi’s use of bright and bold colors and gives the book a very underground, punk rock feel with swaths of gorgeous pinks and blues. It all comes together in a book that can feel like it’s a bit difficult to follow at times, but its energy and abstract use of color make “The Harbinger” #1 a gorgeous book to look at.

While it’s a shame that Valiant has to go through the motions of re introducing one of their greatest characters to audiences, “The Harbinger” #1 is a great study of one of Valiant’s greatest characters.. It gives the reader a strung out teenager who is barely holding on to what remains of his sanity with abilities he can barely control and thrusts him into a world that is terrified of him, but needs his help more than ever. This is a new era of Peter Stancheck, and it will be very interesting to see what happens next.

Final Verdict: 8.9- While there are a few problems with clunky exposition and the larger story, it’s still a gorgeous book to look at and a great introduction of a great character for new readers.