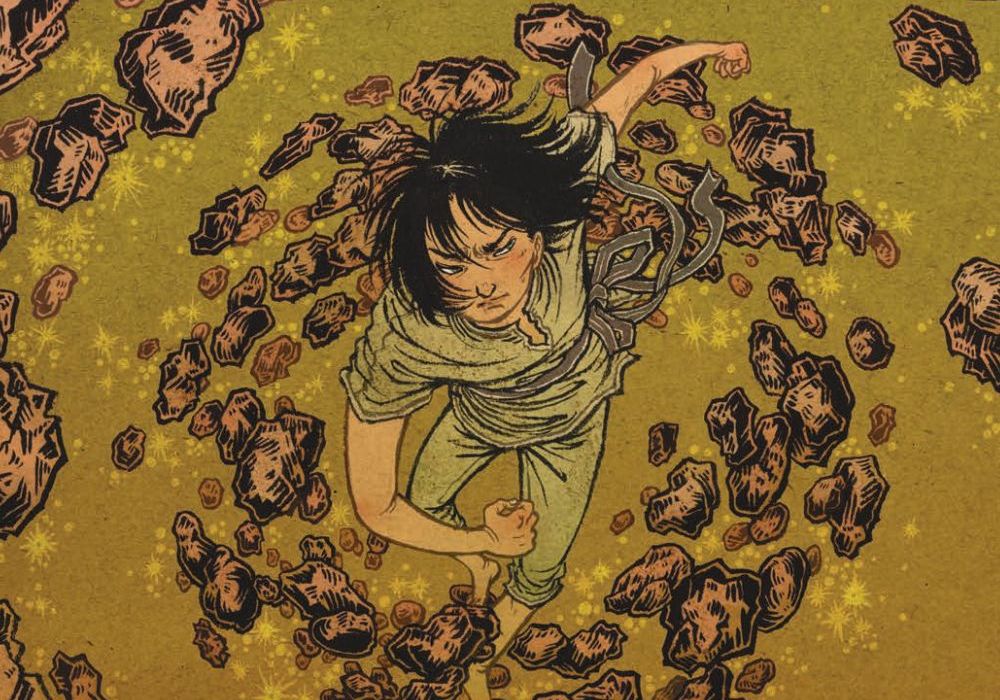 Mike Carey and Peter Gross’ grand fantasy miniseries continues towards its dramatic conclusion with issue five. A lot of the comic up until this point still felt like table setting, with a relatively slow pace for a six-issue mini. Will “The Highest House” finally start hurtling towards its end with the penultimate issue? 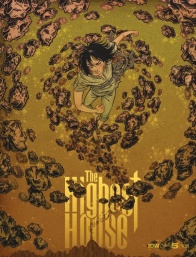 The creators behind The Unwritten, Mike Carey and Peter Gross, invite you into The Highest House, the story of a slave boy named Moth, who makes friends with a powerful entity called Obsidian that promises advancement and happiness. Clearly, Obsidian has a hidden agenda, but Moth has ambitions and plans of his own…

In all honesty, I hadn’t realized that this series was limited to a mini and not an ongoing up until this issue. Carey had been building up so much world building and lore that it seemed obvious that he had big plans to keep this ongoing. Knowing this, I feel that the pace remains too slow for a penultimate issue. Tonally, this feels like a mid-season episode of Game Of Thrones. There’s a lot of discourse and relationships built and broken between families and houses, and Moth even scores himself a few flashbacks about the creature that possesses him. It’s all content that I would normally be fine with if this comic had been stretched out a few more issues, but with the next issue being the final chapter, I worry about how much is going to be crammed to fit in order to wrap up and satisfy plotlines. For example, I love that we see Obsidian’s original form, followed by his sealing and a way to make him portable. This feels more like a mid-series plotline rather than something leading up to the ending, however, not something that feels like it directly leads into the final confrontation of the series.

However, there are a lot of good individual character moments in here disregarding the pacing factor. One of the biggest confrontations happens about a third of the way through the issue, between Lord Erebo and Demini Aldercrest at the dinner. Carey plays well with the passion of youth here, having Erebo, fresh in mourning, slowly heat up to the point of acting out against Demini and challenging him to a duel. We see this as directly challenging Demini’s wisdom, who chooses to stand down and not act out. Erebo still pushes him, regardless of the fact that if he dies, his house dies too, but Demini sticks to the peaceful act. It’s to the point of drawing his own blood with Erebo’s sword as a sign that Demini lost and Erebo still has his pride. This is only acted out in dialogue, but the use of back and forth between the characters lets us see the emotion and feel Erebo’s passion turn from firey to mournful and shamed. It’s a great show of resolution between forces without action and still feels perfectly in tone for the comic. Another great moment of acceptance and peace, seemingly a recurring theme in this issue, happens between Obsidian and Moth. The moment of Moth’s acceptance that Obsidian is a monster, yet still wants to protect Moth out of some sense of self-salvation or else is genuinely tender. The dialogue is a little overdone in telling this story, but it does a good job at giving emotion to Obsidian, an otherwise visually abstract character.

Peter Gross’ art continues to weave a solid line between medieval realism and almost hieroglyphic-like style. Yet some characters feel like they slip a little too far into cheesy, cartoonish emotions. The first two pages open up with Moth, talking to Wimble the Slave, someone who scorned Moth in his youth at the House. Wimble looks normal enough in his conversation with Moth, but there are a few instances where Moth looks a little hastily drawn. The fifth sequential panel on the page has a closeup of Moth that looks somewhat disproportionate and shaky, with a number of clashing cocky and humble emotions that don’t visually meld well. The final panel of the page is also visually misleading. The tone, when Moth reflects on his sister, feels like it should be melancholic and distant. Yet, Gross draws Moth with a slightly bowed head and vacant smile. It’s a little confusing to read and is especially off-putting to have occurred on the very first page. However, we get a pretty quick recovery in the following page, with a half-size mural displaying Moth’s childhood like a Greek pottery painting. There are a few good isolated moments like this in the comic, but they feel scant and spread thin by unfortunate moments of emotion like on the first page.

What Gross has covered very well are the more abstract uses of sequential paneling on pages. There’s a lot of examples where Gross goes above using simple panel borders to tell the story. The page showing Erebo’s arrival to the House is essentially a scene depicting his silhouette crossing the bridge, but panels are used as windows into the house to show Demini discussing the boy’s entry with his associate. A few pages later, we get a great full-page of Moth wandering through the House’s old library. Gross connects everything together with loose, negative-colored sketching like we are watching several moments of Moth browsing through the library at once. It’s ornate and scatterbrained all at once, feeling like a dizzying maze of books in a dark and arcane environment. Then there’s the scene of Imerin Teth confronting the Giant Obsidian. Gross cleverly layers panels on top of each other without borders, with the silhouettes of the men acting as the borders separating Obsidian staring down the page with his bulky mass. It’s a cleverly constructed book that Gross is obviously able to build through years of experience with sequential art, and it certainly shows here.

Colors are done by Fabien Alquier, giving the book an ancient and parchment-like tone that has been present throughout the series. However, like Gross’ art, there are moments here that feel singularly unique and powerful. These happen in the same places as the art. In the Erebo introduction scene, the autumn-like palette highlights the silhouette of Erebo’s figure beautifully, displaying him as a sympathetic and mournful figure without even completely rendering him. In the library scene, the absence of white light and the limited color conveys a sense of mystery and haunting tone, and that the linework is highlighted by lighter colors as opposed to inky blacks gives the scene a very ethereal feel. But sometimes, it’s the little attention to detail that makes pages pop. In the courtyard with Moth talking to Mother Jathi, dim light shines through the doors subtly to convey that the day is dawning. It’s a little touch but it makes the scene feel much more consuming and immersive.

“The Highest House” #5 is by no means the strongest issue of Carey, Gross and Alquier’s miniseries. There’s no change in pace from the rest of the series to convey that this is wrapping up, and dialogue occasionally bogs scenes down. However, there’s still a lot of great character moments. Similarly, although the art can sometimes look a little funky, there are great single page spreads showing Gross and Alquier’s mastery of the sequential art. I really hope that the team can stick the landing next issue.

Final Score: 7.0 – “The Highest House” #5 has some solid character moments, plot reveals and isolated beautiful single page spreads but jarring visual emotion contrasts and oddly slow pacing make it one of the weaker entries in the series.