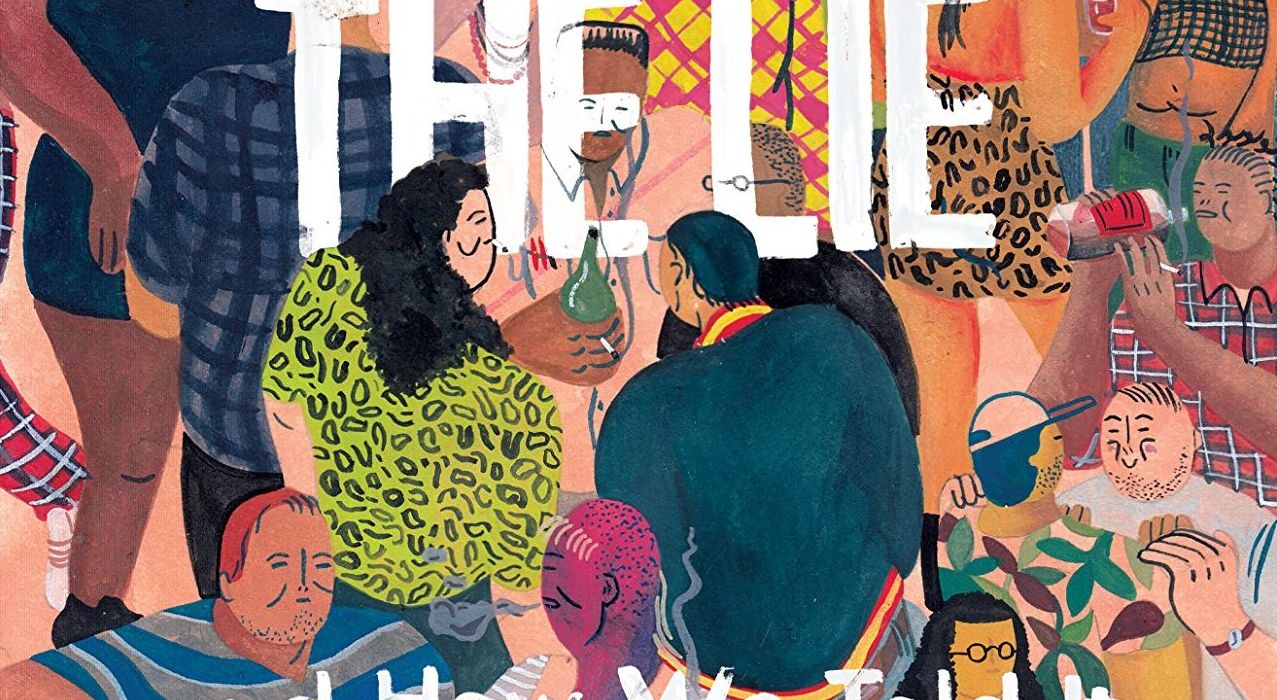 Friendship – what can happen to it over time, and the part it plays in identity – takes the spotlight in “The Lie and How We Told It,” a thoughtful title published by Fantagraphics. 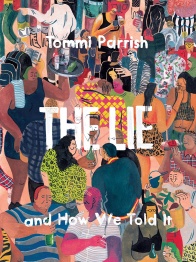 Written and illustrated by Tommi Parrish

A friendship fumbles and falls apart after an uncertain encounter in this graphic novel from a remarkable new voice. Parrish’s emotionally loaded, painted graphic novel is is a visual tour de force, always in the service of the author’s themes: navigating queer desire, masculinity, fear, and the ever-in-flux state of friendships.

This comic is actually two comics spliced together: the first, in full colour, tells the story of Cleary and her estranged friend Tim. The second, titled “One Step Inside Doesn’t Mean You Understand”, is shorter, in black and white, and focuses on a would-be romantic relationship between two other characters. What ties the two stories together is a neat plot device: the character of Cleary is in the process of reading the black and white story, and we dip into it as she dips into it.

In both sections, Tommi Parrish’s art style is bold and gorgeous, but there are differences that give each story a distinct look. What they share are the bodies: thick and androgynous and graceful, loping from panel to panel, and sensual in an understated way.

For the duration of Cleary and Tim’s story (the participants of the other story are unnamed), we’re immersed in a smudgy, painterly, constantly-morphing world. The characters are a seamless part of it, morphing a bit themselves from panel to panel. Features disappear and reappear; limbs turn transparent; the solidity of the characters themselves seems constantly up for question. But all through, Tim and Cleary are recognizable, with tics and habitual facial expressions that get their personalities across.

The lettering is variable in its own way, sometimes making use of solid white speech bubbles and sometimes forgoing them entirely. And the environments, while vivid, are sometimes fluid to the point of abstraction, floating along in the background as we follow Tim and Cleary’s conversation.

And it’s a pretty rough conversation to witness. They used to be friends, they haven’t spoken for years, and they reunite by chance in a grocery store. They spend the evening together, and their conversation take a succession of left turns that make it clear they’re not on the same page anymore. We feel this, mostly, from Cleary’s perspective, as over and over Tim manages to say exactly the wrong thing. But we get a few moments from his viewpoint as well, where it’s evident he’s frustrated too.

At the centre of their conflict is queerness, particularly as it relates to identity. From the get-go it’s obvious Cleary is more accepting of her sexuality, which is about as fluid as the art style. Meanwhile, Tim, who has sex with guys occasionally, still defines himself as straight, and grows visibly uncomfortable when queerness – anybody’s – comes up at all. That’s not all that sets them apart, of course – it feels like they’ve both changed in more ways than can be counted – but this issue in particular, with its broader implications about finding one’s place, really sticks, coming up over and over.

On this topic, the black and white comic serves as a perfect counterpoint. Telling the story of a woman’s short-lived relationship with a wealthy man, the lack of understanding between them is immediate and palpable. Gradually, it becomes evident that each character is seizing on the other as a symbol – a gateway to something else – and not seeing the other for what they really are.

For this story Parrish’s art style goes even bigger: the lines are bold and the environment more clearly delineated, with straight, domineering lines. Houses in particularly play an important visual role; a panel depicting a row of mansions might as well be a close-up of a saw, the roofs look so pointy and regular. It’s a nod to the class difference that plays a major part in the story, but also to the idea of certainty, and what it means to live without it.

In the end – as a woman Cleary encounters in a bar puts it – both stories are about “romanticizing something that doesn’t exist”, whether it’s a past or a future relationship. That this message comes across twice – once, through Tim and Cleary’s story, and again, as she reads the second comic – is just plain neat, tipping a hat to the role art plays in shaping our lives.

All told, “The Lie and How We Told It” is a visually exciting comic, creating two worlds that engage the imagination in different ways. And like all good comics, it gets better the more you think about it, painting broad ideas with sure strokes but also highlighting the tiny moments that make all the difference.