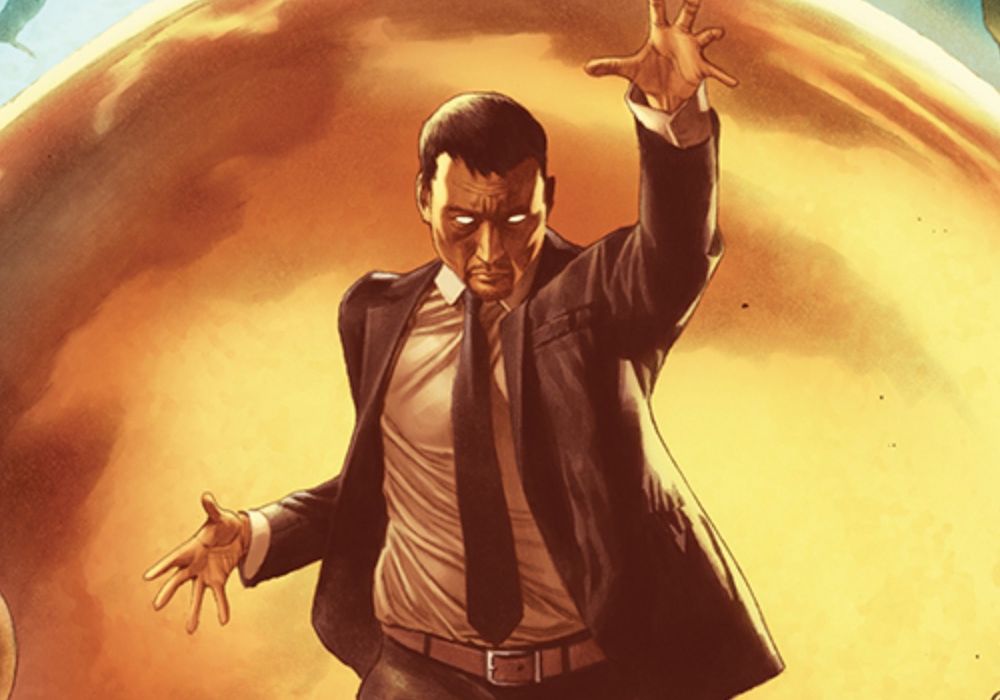 Writer Joshua Dysart has proven that he has an adept understanding of Toyo Harada as a villain. Harada is an incredibly intelligent being of nearly limitless power. Watching how Dysart has depicted Harada as an incredibly corrupt villain over the past few years at the publisher has made Harada intriguing. Seeing Dysart return to Valiant with a storyline centered around the publisher’s best villain has been an incredibly welcome return-to-form. The debut issue of “The Life and Death of Toyo Harada” covered incredibly dark material that shed some insight into Harada. Plus, artists Butch Guice and Cafu lent the debut issue a noir tone that was pitch-perfect in execution. Can the creative behind “The Life and Death of Toyo Harada” sustain the same impressive level of momentum for the follow-up issue? 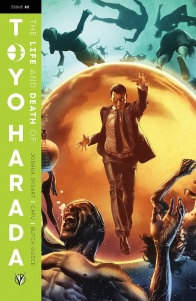 In the present: Toyo Harada finds himself and The Foundation Zone under attack by a coalition of world governments, as one of his own teammates begins to turn on him. In the past: Toyo Harada escapes Japan aboard a fishing vessel, and sets sail for the new world.

“The Life and Death of Toyo Harada” #2 continues to be as ambitious and thoughtful as the series debut. Writer Joshua Dysart does an excellent job keeping focused across the two incredibly distinct narratives. One side of the story tells a flashback about the early years of Harada that continues to mine the haunting and compelling elements of his early days. The other half of the story is a return to Harada’s life with “Imperium” set in the present day. Dysart finally gets both halves of the story as compelling as they need to be in order to carry the issue making “The Life and Death of Toyo Harada” #2 a really special issue.

I can’t lend enough praise to the dour, noir-oriented artwork of Butch Guice during the sequences with a younger Harada. Guice’s restrained, haunting pencils carry a large majority of the issue. Readers witness the inner thoughts of Harada depicted with a foreboding level of focus and attention throughout the story. Guice uses the facial expressions of his characters to better establish the tone. Guice does a great job contrasting from Cafu’s artwork, showing readers that this is a distinctive portion of the series carrying a less refined, more foreboding aesthetic.

Another definitive asset to the series is the artwork from Cafu. Cafu makes the sequences with lots of different characters streamlined with different facial expressions. Readers will not be guessing who-is-who across a title carrying multiple pencilers. Cafu also nails the psychological drama and dark tone carried by every single page in the comic book. Cafu’s incredibly slick pencils usually make for a solid, more traditional superhero comic book, making his inclusion on “The Life and Death of Toyo Harada” #2 a particularly interesting way to view the creator. A few of the moments in the issue illustrate a foreboding horror-esque tone.

While the script for this issue is yet another solid Harada entry from Dysart, it is incredible to see just how much plot momentum he builds up here. Readers of the issue now have a main antagonist who is a particularly harrowing and dangerous character. The interactions between Toyo and the rest of the Imperium crew are also tinged with a bleak psychological tension. Dysart does an excellent job cutting between the two stories to still give readers a better picture of Harada as a man.

“The Life and Death of Toyo Harada” #2 does an excellent job foreshadowing a dark final battle. Dysart also depicts Harada in a really complicated fashion. Readers will likely not agree with some of his methods or how he got to his destination, but seeing Harada’s troubled background gives readers a stronger impression of Harada. It is also interesting to witness how much compassion Dysart is able to bring to Harada. Both stories bring a touching character moment with a strong contrast showing that Harada is not a hero but he cares for humanity. Harada believes that he can function as a dictator that will make the world better. Dysart is always interested in getting down to the nitty-gritty and actually showing what Harada believes in and how he implements some of the ideas.

Whether you agree with some of his means or choices, it cannot be argued that “The Life and Death of Toyo Harada” #2 is anything less than a complete, unflinching look into Toyo Harada’s mind. Dysart explores the character through means like his own mental state, relationships with others and actions. At the end of the issue, readers get a better idea at the structure of upcoming issues. Now that both halves of the story are retaining an incredibly high quality of scripting and artwork, Dysart appears to be telling one of the greatest stories at the publisher. The bleak personality for some of the heroes of Imperium shows an incredible amount of plot depth alone. The writing even carries additional antagonists and plot beats established in past Valiant shared Universe titles. “The Life and Death of Toyo Harada” #2 is an astounding follow-up to an excellent debut.

Final Verdict: 8.0 – “The Life and Death of Toyo Harada” #2 is a powerful follow-up to a subversive debut issue.