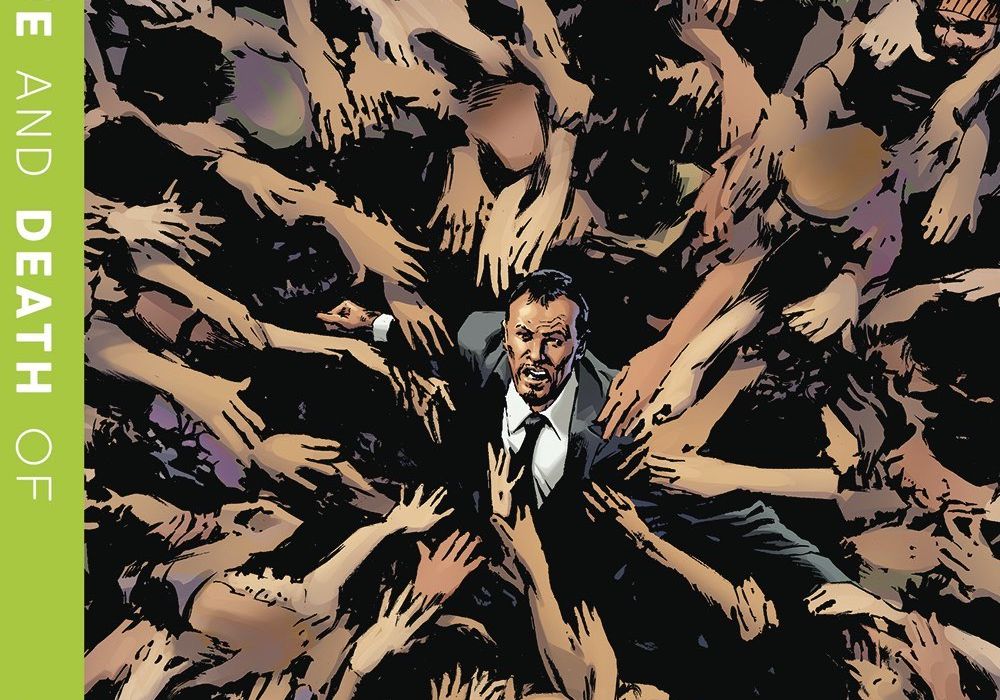 The most recent events in “The Life and Death of Toyo Harada” have left me speechless. I now have absolutely no idea where the series is headed next. Due to recent status quo changes with Harada, I want to see author Joshua Dysart establish an endgame and direction for the series. This is the chapter where readers are getting the opportunity to check back in with Harada’s robotic soldier Mech Major. The artistic team assembled for the issue are CAFU and Kano who complement each other with different styles of art. Do Dysart, CAFU and Kano bring that same sense of intrigue from past installments and find a new direction to take the series in? 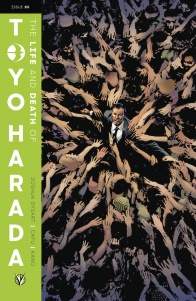 From the first couple of issues, readers were already instructed to expect curveballs from the “The Life and Death of Toyo Harada.” The series has been throwing relentless twists at readers culminating in the early death of Harada himself. Learning the current status quo of Harada and seeing how the remainder of his Imperium team has been facing the fallout of Harada’s demise is enthralling.

This issue teased an exploration into Mech Major and ultimately fails to do a deep dive on the anti-hero. Dysart is more focused on crafting the complicated nature of Harada within the scope of the issue. Readers learn more about Harada than they ever cared to. Dysart depicts Harada as a complicated person that carries huge ambition but lacks the empathy to create the world he dreams of. Dysart has worked on crafting Harada’s internal personality for years stretching back to “Harbinger,” one of Valiant’s first few series in 2012. “The Life and Death of Toyo Harada” #5 has been a fascinating way to explore Harada’s legacy immediately after his death. Dysart asks some really complicated questions even posing how much of Harada’s influence over others was due to mind control alone.

In “The Life and Death of Toyo Harada” no one arguably is more sympathetic or hated more than Harada himself. Dysart doubles down on Harada’s humanitarian efforts before showing his callous treatment of women that looks particularly ominous in a 2019 landscape. Dysart is able to communicate a lot of interesting ideas through Harada’s flashbacks alone even outside of the context of the cliffhanger in the issue. While the installment serves as a particularly interesting and harrowing look into Harada’s personal life, the story focuses on some of the figures he surrounded himself prior to his death.

If “The Life and Death of Toyo Harada” #5 sounds bleak, that’s because it is! Thankfully, lead artist CAFU does a great job grounding this story in a sense of reality. CAFU also lends the comic an incredibly dark tone with foreboding facial expressions. The details and closed off body language in some of the characters is haunting to look at. The story bears a muted color palette accentuated by some of the incredibly odd pencils from Kano. Kano and CAFU make for a seriously interesting pair that are even both contributing artwork together on the same page. When the style switches up, it is clear that the linework and aesthetic of the comic are different between the two creators.

Each creator lends something intensely different to the narrative. It is shocking to consider how different the artistic styles are in the issue. CAFU’s art is packed with loads of interesting effects and hues. It is great to see his pencils as a lead artist for a series who is getting major Big Two work. I appreciate just how different CAFU’s pencils are from Kano. I do wish in some instances that Kano’s ambitious page layouts and big character reactions would inspire some of CAFU’s pencils to become more experimental.

“The Life and Death of Toyo Harada” #5 has a birth scene that is so foreboding you can’t help but look away. Dysart has always been more than willing to show the shortcomings of Harada’s personality, but this scene is a personal low for Harada. The issue event packs in some of the paranoia that Harada causes women to feel by the neglect in maintaining and fostering his relationships. The events with Harada leading up to his final days in the Valiant Universe were not peaceful.

If readers finally thought they had a grasp on what was going on in the title, the false sense of security will be wiped away by an insane cliffhanger. Going forward, Dysart needs to ensure that he has a focused plan for the ending of the series that puts the past few installments in a firm context. While the last page in the issue is delightfully confusing and insane, I also want to make sure there is enough focus to have it feel earned within the rest of the series. Valiant is continuing the incredibly dark spirit of “Harbinger” with the final moments of Harada’s life.

Final Verdict: 7.0 – “The Life and Death of Toyo Harada” #5 adds context to one of Valiant’s most deadly villains.