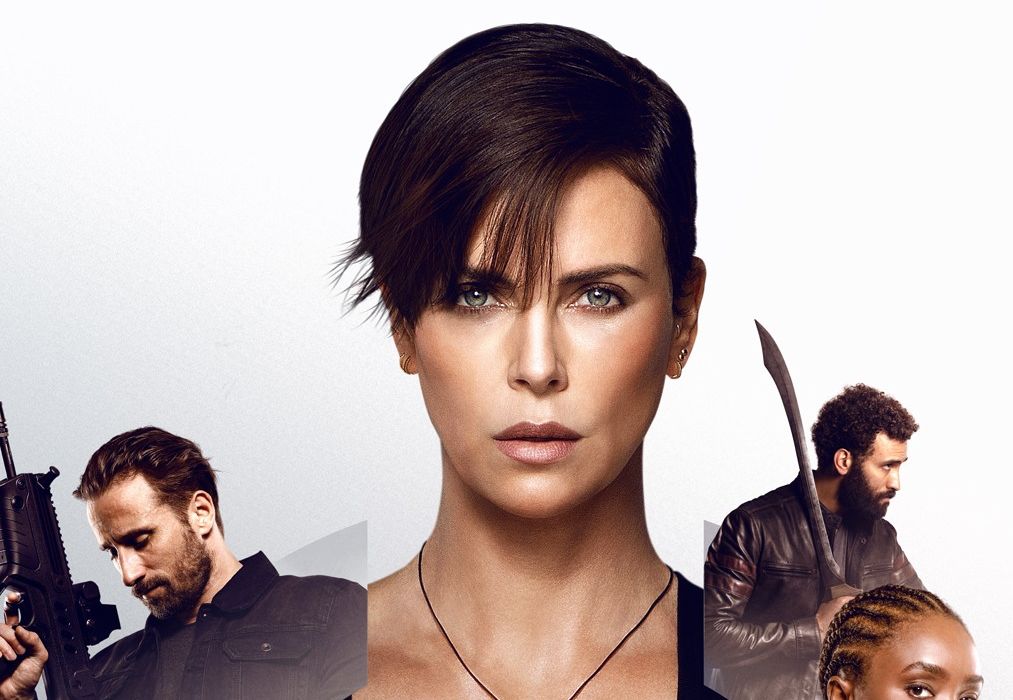 The Old Guard is an exercise in one-track filmmaking; it has one great concept which it does justice to, only to leave everything on the periphery shallow and predictable. It’s not a boring movie and it isn’t a bad film, but it’s probably not going to take you by surprise at all.

The central quirk of The Old Guard is, essentially, that the main protagonists are excessively old. Andy (Charlize Theron), Booker (Matthias Schoenaerts), Joe (Marwan Kenzari) and Nicky (Luca Marinelli) belong to a group of immortal soldiers whose origins are scattered across history. This group, and the baggage they bring along with them, is the central interest of the film at all times. We can see their lifetimes of cohesion in the way they fight, the flippancy towards history granted by them seeing hundreds of years of wonder, and the quantity of time spent at the wrong end of a bottle from the concerning amount of vodka Andy can drink at any given time. I think this agedness is really well portrayed by the cast, they’re all jaded to a point of comfort and can carry great historical poignancy with modern emotional relevance. There are definitely moments where the pathos gets a bit too obvious and the relationships get a little cheesy, but it’s nothing egregious and it’s never irrelevant.

I’d say that a large part of that chemistry can be attributed to the casting decisions made by Salah Benchegra and Lucy Bevan, who create an ensemble that genuinely reflects the historical and cultural diversity the film is looking to portray. It’s so nice watching a Hollywood film that isn’t bullet-ridden with american accents and the same rolodex of Hollywood homogeny. It’s especially great watching a cast who are allowed to slip into bilinguality when the film calls for it. That said, there are moments when the chemistry and energy of this cast slip away. For example, many of the scenes Charlize Theron spends alone or with Niles (KiKi Layne) feel corny and over-expressive to the point of unbelievability. I think, in terms of writing, there are some trappings around this idea of immortality too, that feel a bit plot-demanded and contrived.

Beyond that central genre fixation, this film doesn’t do much to push the envelope. Its camera work, set design and costuming are all very meat-and-potatoes, with its great action being counterbalanced by an inexplicably bad soundtrack. I think you can commend The Old Guard for trying something different in terms of its score, but the mix of badly integrated pop songs and forgettable orchestral pieces just doesn’t do anything to bolster what’s on-screen. I don’t really have anything against Frank Ocean or Marshmello, but I also don’t need to listen to Silence in the big emotional finale to a film about the Crusades, Napoleon and the pharmaceutical industry. Still, director Gina Prince-Bythewood does deserve credit for the creative and engaging action all throughout the movie. There are some really smart uses of these characters’ skills, experience and languages that compliment incredibly slick fight choreography and some stand-out makeup that’s willing to linger on the body horror of its immortal punching bags.

I think the main flaw in The Old Guard though, is that its successes in the small-scale just don’t translate into the large-scale. Greg Rucka’s script never really shies away from cliches in its plot and dialogue, which leaves the film feeling toothless consequently. Theron’s Andy spends the first third of the film iterating and reiterating about just how apathetic she is to the modern world, and her character arc doesn’t get any less obvious as the film goes on. I also think it says a lot that I’ve gotten this far into the review without mentioning the film’s villains once. Chiwetel Ejiofor brings a fun kind of antagonism and some genuine heart to the film. However his speck of screentime leaves him endlessly forgettable. This isn’t helped by the non-presence of Harry Melling’s Merrick who is just another corny, shakespeare quoting, one-dimensional CEO who gives Jesse Eisenberg’s Lex Luthor a run for his money in terms of vapid bad guys made to give Hollywood studios the lightest veneer of anti-capitalism. This toothless social commentary feels especially egregious when you look at just how much of the film is spent in the mind-numbingly slow army base scenes. There’s a whole section of the film that just feels so #SponsoredByTheUSArmy and is backed up by the most see-through single-tone acting you will ever find, a style that KiKi Layne carries through the rest of the film.

It seems like this film had a couple of really good ideas ripped from the graphic novel that it just couldn’t find a way to reinforce when translated into a feature length film. There’s no one that really poses a threat to the heroes in this film, which makes the great action feel predictable to the point of purposelessness. This is coupled with a philosophical debate about the human lifespan that it doesn’t take enough time with to actually pose an interesting point about, but also spends too long for the argument to seem unobtrusive overall. I think there’s some great aspects to this film, but nothing that anyone will really attach themselves to. Don’t expect much from its sequel-bait either.

Final Verdict: 6.0- Netflix’s The Old Guard has some great chemistry and smart action, but is held back by some excessively average production elements and an inability to commit to any of the commentary it’s trying to present.