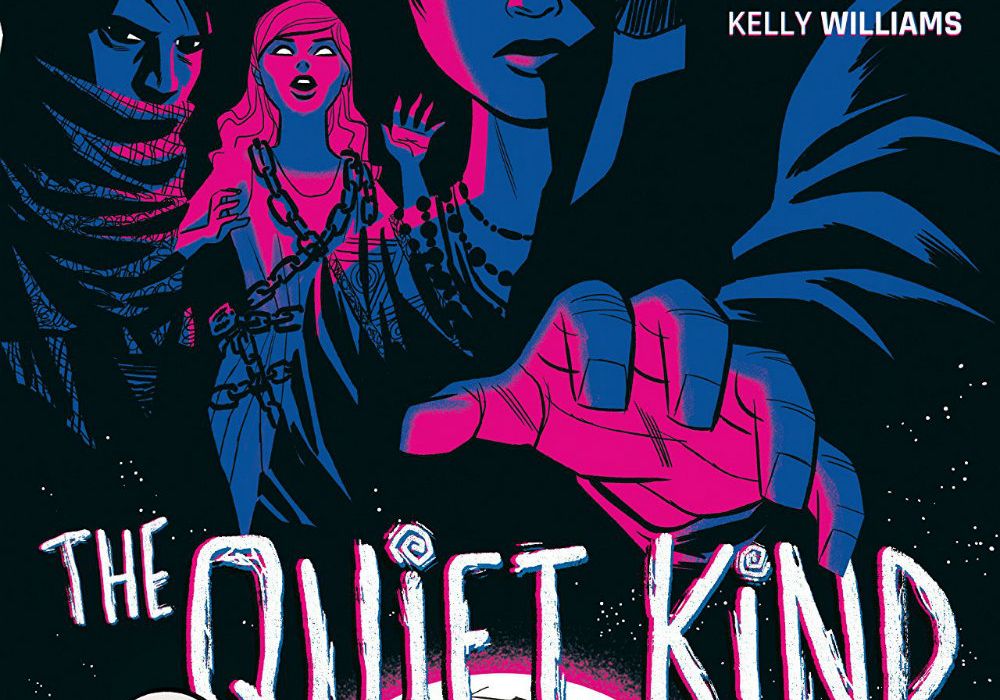 What happens when you suddenly have the power to fight back against the bullies that have taunted you for years? It’s a wish-fulfillment plot that has been explored in superhero comics for years, but this time, Chuck Brown, Jeremy Treece, Kelly Williams, and Adam Pruett look to be exploring it in a modern and rather dark context. Let’s see how “The Quiet Kind” pans out. 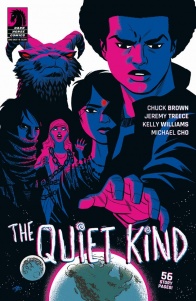 A child suddenly imbued with the powers of ancient gods is visited by a band of similarly gifted children. Will young Solomon hone his skills with the others, or will he risk unraveling existence and use his raw control over reality just to get revenge on some bullies? Writer Chuck Brown (Bitter Root) tells two tales of power, revenge, and empathy–with a main story illustrated by Jeremy Treece (Mandrake the Magician) and a bonus story illustrated by Kelly Williams (Creepy Comics). A new universe of creatures and heroes, written by Bitter Root’s Chuck Brown!

Chuck Brown has created a mythos and superhero story here that revolves around the idea of revenge. Revenge for bullying, revenge for being downtrodden by the so-called elite, this book embodies these ideas and then empowers the victims of them, for better or worse. The case that Brown centers on, which is the quarrel between Solomon and Kevin, actually reminds me of a perspective-reversed “Akira”, asking us to sympathize with the beaten and broken. Solomon is routinely beaten by Kevin at the same place every day, yet he walks into it and expects it every time, presumably with the motivation that he might successfully defend himself at some point. It’s a compelling narrative that most everyone can relate to, however, there is a darkness within Solomon that is mentioned at times, and would maybe justify his actions more, but it is never fully touched on. Regardless of this, we see Solomon’s revenge plot taken to its natural conclusion: he’s a victim himself and realizes when he’s gone too far, so he acknowledges his darkness and works around it. It’s a super-condensed character arc that can feel a little rushed at times, but Brown makes it work within the confines of a one-shot.

What does really work for me is the world Brown has built for “The Quiet Kind”. The scale here is huge, with the protagonist being imbued by cosmic gods that inhabit the form of earthen animals like foxes and snakes. Their mother figure glimpsed briefly in the story is a tentacle-sporting robot that sits ‘beyond time and reality’ watching several TV screens at once and presumably observing all reality. It’s a grand mythos that’s never fully explained, yet it doesn’t have to be: everything you need for the story is present at face-level and it leaves enough out for readers to speculate wildly about the nature of these beings. Brown clearly has a lot of fun with other concepts that are explored here. Take, for example, the superpowers. The character Iris manifests psychic locks and chains around her body that, when unlocked, give her uncontrollable powers like exploding someone’s head before promptly restoring it back. Solomon has ‘limitless’ powers that include inflicting all-over skin-decaying eczema on a purple demon god and reviving giant zombie molerats on an ice planet in the furthest reaches of the cosmos. Brown is having a lot of fun with the scope of this book, and it’s infectious when reading.

Jeremy Treece covers the art duties for the main story of “The Quiet Kind”, and provides a very rough, unrestrained cartoony edge look for the series. It amps up the manga influence that made me think so much of “Akira”, with characters stylized with expressive movements and sharp edges. What I appreciate, however, is that regardless of the animated nature of the art, everyone looks appropriate. Solomon, Kevin, and the rest of the cast all look like kids and are all appropriately melodramatic and in over their heads considering their situations. Not only this but Solomon, regardless of being allegedly omnipotent, fights like a kid. When he’s battling in Hong Kong, he makes giant fists out of surrounding matter to beat down his opponent. My only complaint is that each person’s features can be a little too stylized at times and look a little silly considering the scenarios they are in. Often, Treece gives characters giant block-like mouths, which looks a little silly especially when, for instance, a demon-god is having it’s decayed and a teenager looks on with a big slack jaw.

The action here is really where Treece excels. Every page feels like a twisting gut punch with how much pace the art gives the story. Each panel feels like a still of characters stretched to their absolute limit when delivering a blow or dodging a swipe, and that brings a lot of energy and desperation to the issue. One of the biggest slugfests is in the transdimensional scene, where they arrive on the icy planet. The Fox God rips apart the snake in its bare hands, characters lunge at each other with bloodthirsty snarls and people lie beaten and bleeding with no attempt to hide their injuries. It’s bloody but satisfying action. Treece also supplies colors here, with a palette that is surprisingly muted that still conveys a lot of vibrancy due to the sheer energy of the art. Some of the best moments occur when the background palette steps back to highlight a superpower in the foreground, like the muted blue allowing for the bright purple and grey of Ji-Shing’s eczema-coated skin to pop or the bright blue of Raze’s portals.

I have to mention Kelly Williams’ contribution in the backup story as her beautifully painted art fits the genesis-esque tone of the story exceptionally. The ‘planet with no name’ is detailed and thriving, with living breathing jungle environments that are chaotic and well-thought-out at the same time. Williams’ depiction of the animal avatars of the gods is realistic, fitting of the fact that these are the gods before being fully evolved to their cosmic states, whilst still channeling a lot of emotion through them, such as the fox’s rage at being undermined. The zoom out at the end also feels menacing as the fox buries the body of the mammoth, whilst the narrative tells of the insignificance of one soul weighed against the world. It’s powerful stuff that Williams paints with exquisite detail.

“The Quiet Kind” may not be groundbreaking or wholly original, but it tells a great revenge story with cosmic-level proportions that feel heavy and moving. Chuck Brown’s characters are believably dramatic considering their situations, and Treece gives the whole issue vibrant, angular energy that can be satisfyingly bloody at times too. Top that off with a gorgeous, painterly backup story by Kelly Williams, and this is a solid one-shot to check out.

Final Score: 7.9 – A revenge story taken to it’s furthest extremes, “The Quiet Kind” is high stakes of the best kind.