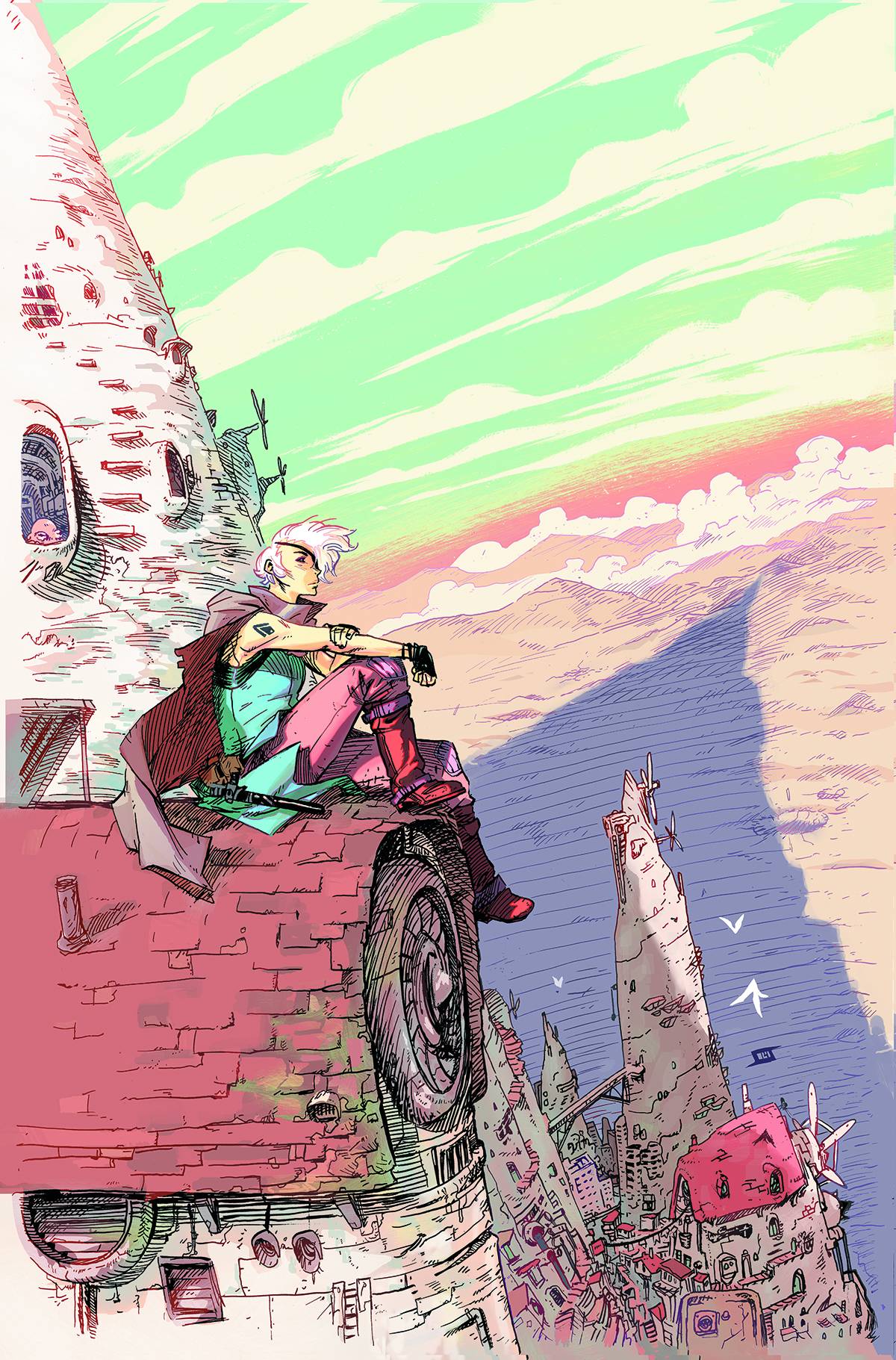 Confident and controlled, Spurrier and Stokely have managed to create a whole new world that feels both satisfyingly fresh and immediately familiar. 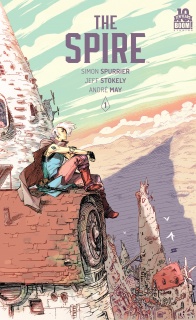 The Spire is a mountain of metal and stone that rises out of the middle of the desert, containing a vast city of twisting tunnels, grinding elevators, ancient machinery, and is home to over a million human and non-human residents. Shå, the last of the Medusi, is responsible for keeping watch over them as Commander of the City Watch, despite the fact she isn’t shown any respect due to her race. When a string of grisly murders is committed just as a new Baroness of the Spire is about to be sworn in, Shå will have to find the serial killer and bring them to justice. But the new Baroness has a deep hatred of non-humans, and Shå will have more than one enemy at her back.

I’m not usually one for sprawling, High-Fantasy comic-books. I prefer my swords and sorcery in standard book form, because I often feel like the crazy cities and myriad magical creatures translate better when you’re able to conjure them up in your own imagination. But I loved Si Spurrier’s run on “X-Men Legacy”, focussing on David Haller the introspective and omnipotent son of Charles Xavier, and Boom have had a pretty solid track history with new books so far this year, so I decided to step out of my comic-book comfort zone a little, and I am seriously glad I did.

“The Spire” is both the name of the comic and of the hulking, steampunk megalith that serves as home for thousands of humans – and other people. It’s a fitting title for a book that rotates through the viewpoints of characters from every race, gender, and social strata, but rarely leaves the confines of the city. The Spire is at once the setting for the story and its backseat protagonist.

Issue one plays out with a pacing that seasoned readers will have seen over and over in one form or another: The ageing king of the Spire has just died, throwing the upper echelons of the city into subtle conflicts for power. Meanwhile, a mysterious death pulls our main character, the gruff and ultimately good Head of the City Guard, Shå, into an investigation that may lead her from street-level skirmishes right to the throne room.

But, while the premise may be as old as time, Spurrier’s script breathes new life into the tale. There’s an accessible, almost Pratchettian feeling to his characters’ words that gives a level of relatable humour to interactions that might otherwise feel stale. He’s taken time to build a world that feels lived in, with a history spanning back way before this super-sized first issue started. From the tense interactions between the human and non-human residents of the city, laden with subtext and socially awkward history, to the latest trend amongst street thugs to speak in antiquated, rhyming English Spurrier’s Spire has a level of character that quickly establishes it as a world of its own. What’s more, the connections between different character groups helps quickly solidify the infuriatingly bureaucratic rules of the feudal ruling system in a way that feels both funny and integral to the plot.

Stokely’s world design is a key component in the creation of this believable, lived-in world. The Spire didn’t start off as a city, and Stokely has managed to capture the organic, multilayered, higgledy-piggledy nature of the structure perfectly. Different styles of shack, shanty-town and tent city flow together naturally, spiralling upwards and upgrading into hardened, more respectable upper class constructs.

Throughout the issue, Stokely’s art is solid, but it doesn’t really dazzle me. In the more close-up panels his slightly cartoonish, exaggerated facial style really helps to distinguish characters and give them emotion, but there’s a feeling of a loss of detail in some of the middle distance images that didn’t sit as well with me. That being said, his style lends itself perfectly to movement, and this issue has more than its fair share of dynamic set-pieces.

During the comic’s action scenes Stokely’s art really shines, along with his ability to pace a page with differing panel sizes dictating the flow of the images with real control. This first issue teases some impressive action, as well as giving us a glimpse of Shå’s abilities, but I’m certain Stokely has infinitely more in store.

Also, I feel like I’d be remiss if I didn’t give special mention to Steve Wands’ lettering. So often letters can feel like an arbitrary part of a book, but Wands manages to convey tone, accent, and subtlety in a way that really enhances this issue. From slight changes to denote whispering (or disgruntled muttering) to shifts in font that highlight the anachronistic speech patterns of the robbers or the grandiose boom of the upper classes, Wands helps bring the words of “The Spire” to life in a very real way.

Overall, while there are some teething problems that come from having a whole world to fill your audience in on, “The Spire” is a truly intriguing first issue that’s perfect for fans of modern fantasy novels like The Lies of Locke Lamora and The Name of the Wind. Plus, for the rest of you, it’s a fast-paced, tragicomic mystery packed with mutants and magic.

Final Verdict: 7.5 – Manages to transcend the trappings of a first issue and set out a fantastic fantasy world.