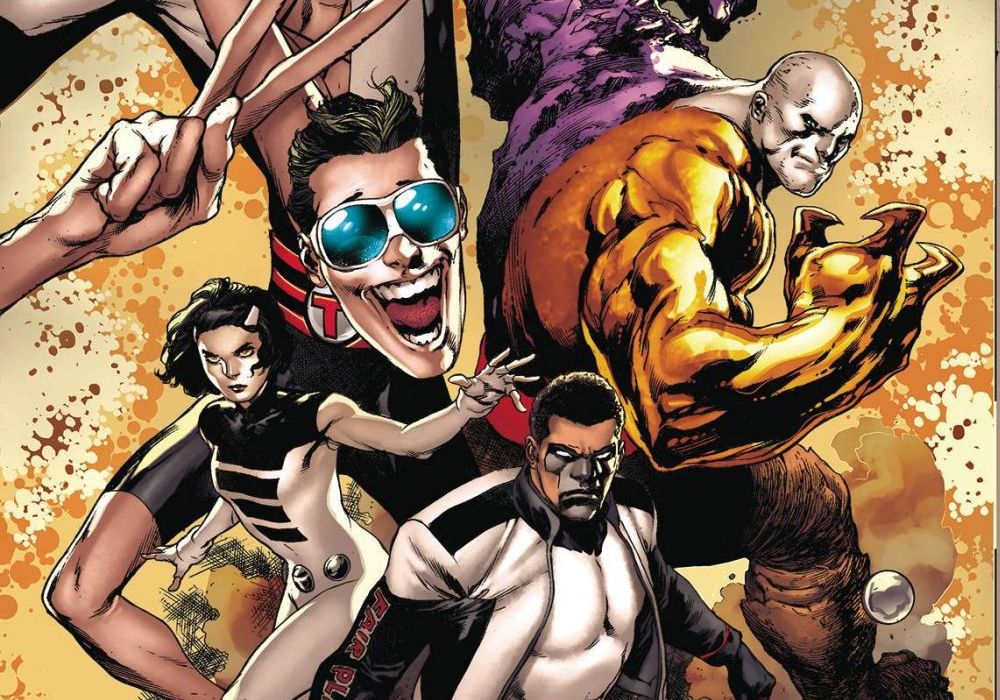 “The Terrifics,” potentially the most high-profile series launching from DC’s ‘New Age of Heroes’ line, debuts a familiar group dynamic, even if done with characters that have never been on the same group before. But is this debut issue more than a wink and a nod to classic Fantastic Four stories, or does it fall short of expectations? 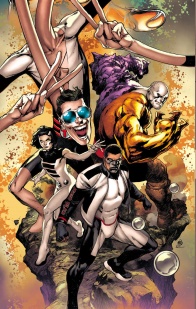 Bound together by fate, united by the spirit of exploration and hope for tomorrow, the Terrifics are bound from the Dark Multiverse of Metal! When Mr. Terrific, Metamorpho, Plastic Man and Phantom Girl find themselves literally bound together by a tragic accident, our team of unlikely allies must rely on one another to make their way back home. But a startling revelation on their return trip brings them face to face with a new mystery: Where in the universe is Tom Strong?

“The Terrifics” as a concept, group of adventures with vastly different backgrounds banding together – is as classic as it can get in terms of comic book stories. In fact, DC made it clear that it is an answer and homage to the “Fantastic Four” series, with line-ups and themes echoing Marvel’s first family. And while some elements of this issue harken back to prominent stories of the past, it is the strong execution seen here that makes it a refreshing read.

To what will be a surprise to no one, Ivan Reis is excellent on his pencils, always enhanced by his long-time contributor Joe Prado on inks. There is little that Reis can’t draw amazingly, and the scrip of this opening issue does require a lot: super technological laboratories, secret headquarters by the sea and alien landscapes are just some of the backdrops that are presented in a very detailed, and yet crisp and clear paneling. Character design is also very well done, even if not overly inventive. Where it shines the most is how Reis chooses to demonstrate Plastic Man’s powers, abilities and, most importantly, personality by the way he transforms his body and face. It must be a joy to an artist to have such freedom visually with a character like that, and Reis certainly takes the chance to show some truly unique creations.

Given the intensity of how the story progresses (more on that later), pages are really packed with information, most with a heavy dose of panels and sections. Under the pencils of a less-able artist the flow of the narrative would have suffered, but here it does work thanks to the heavy lifting of both Reis and Prado. Maiollo’s colors are also a welcome addition: early pages focus heavily on the greens of crackling enery, with plenty of Kirby dots being used with a modern sensibility. Towards the end of the issue, shades gradually shift to reds and pinks, supporting the reader’s understanding of a change in scenario. All of it done very fluidly, with the complete art package requiring little on exposition to explain what is happening.

Lemire’s script is ambitious, and this is where the issue suffers a bit, especially around pacing. It is very clear that the writer chose to pack a lot on this opening chapter: decompressed storytelling this ain’t! The comparisons to classic comic books are less straight-forward when it comes to direct character analogues, but rather on how much is presented so quickly to readers. And while this is a refreshing way to tell stories on this day and age, it can feel rushed. This issue certainly benefits from multiple re-reads to fully grasp everything that is going on.

Despite the frantic delivery, Lemire does not forget about character presentation and development. It truly speaks to his craft how well he can define the three male protagonists so efficiently. With just some lines of dialogue and decisions, it becomes clear how Mr. Terrific, Metamorpho and Plastic Man will behave… individually and off each other. Phantom Girl takes the short stick in terms of screen time, but that has more to do with the plot of this particular issue than anything else; she will hopefully get the spotlight on future entries.

Finally, there are two areas that might thrown readers off. First of them being how some plot elements on this issue feel unclear, given the still-to-be-concluded ‘Metal’ event: “The Terrifics” follows up on key beats from that story, and it gets confusing to read it here without the context of what a ‘Metal’ closure would bring. Beyond that – and there will be no spoilers here – the way that the issue ends might generate discussions as to whether some characters and story elements are used. Again, it has little connection to “The Terrifics” #1 and rather to the broader world of comics, but worth nothing to those also interested on that sort of debate.

Final Verdict 7.5 – “The Terrifics” #1 is a great first issue, introducing exciting characters on a brand new light as they embark on a journey with vast potential for adventure and danger. And despite a script that at times tries to bite more than it can chew, readers should be fully invested on what comes next and what the amazing art will have to offer.